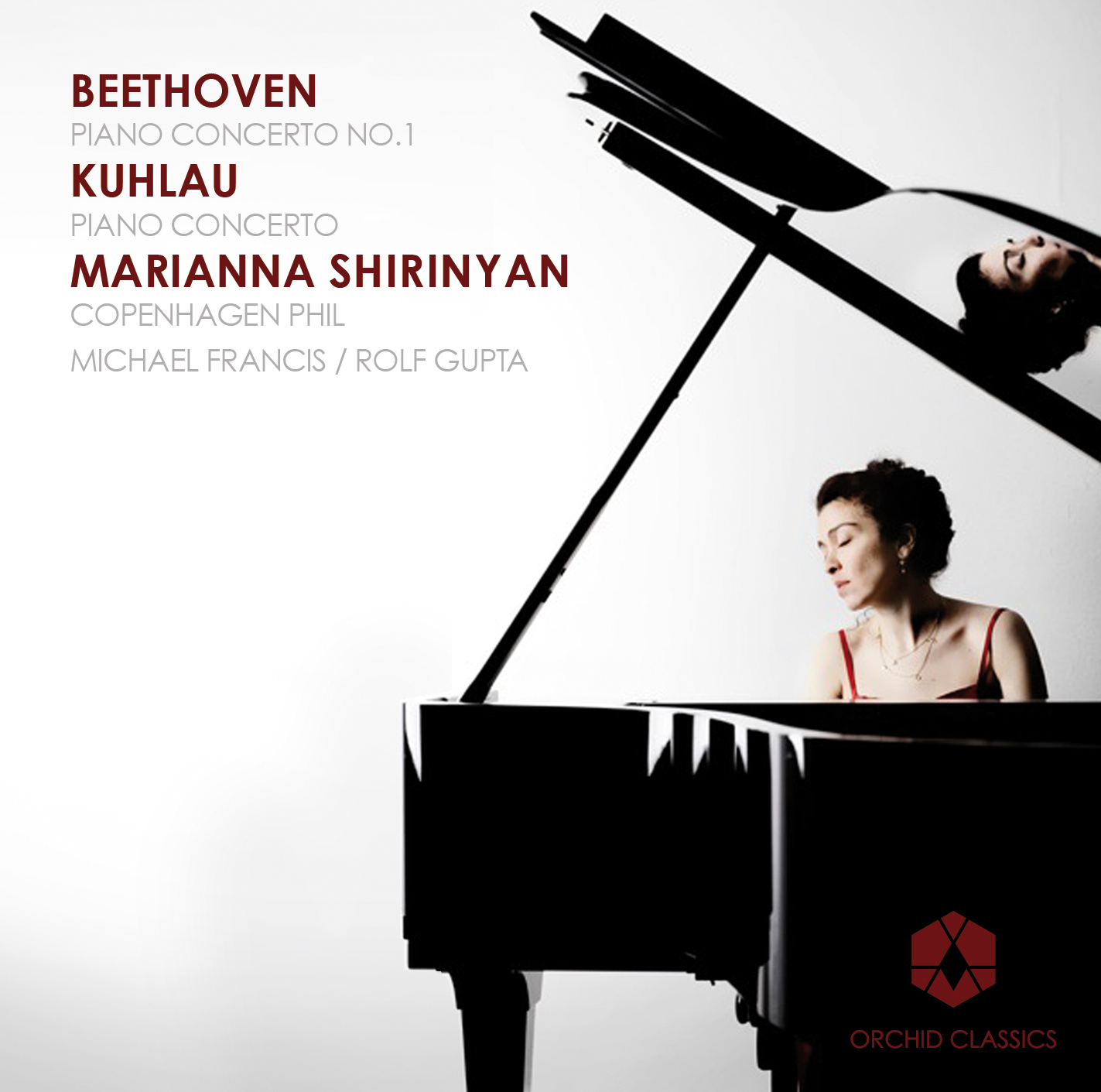 TWO CONCERTOS IN THE SAME KEY

Friedrich Kuhlau was already composing when he was just 15 years old, and was thoroughly trained in the north German tradition, where the spirit of Bach and Telemann was still alive and well. But Kuhlau dreamed of modern music, and the great Beethoven became his hero. His C major piano concerto was vigorously inspired by Beethoven’s first piano concerto. Scores for both works were in his luggage when in 1810 Kuhlau fled to Denmark in order to escape military service in Napoleon’s Army.

Eight years earlier, Beethoven had travelled to Vienna. He was now a free artist – or at any rate more free than most – and this can be heard in his C major piano concerto, which is practically a symphony with piano. But one mustn’t be fooled by the score, for Beethoven the pianist played a good deal more than Beethoven the composer wrote down.

Johann Wenzel Thomaschek heard Beethoven perform the piece in Prague: “In 1798, while I was studying law, this giant gave a well-attended concert. His impeccable playing, and especially his bold improvisations shook me deep in my soul. I was not able to touch my piano for several days.”

In Copenhagen Kuhlau became associated with the Royal Court and the Royal Theatre, where he played his own C major piano concerto in January 1811. The piece is constructed much like Beethoven’s, and like Beethoven, Kuhlau also impressed with his own improvisations at the piano. Our soloist on this recording, Marianna Shirinyan, also takes advantage of this opportunity: “I thought, why shouldn’t I also figure something out and play it, like other pianists have done before me? One can do that with Kuhlau, but with a composer like Beethoven it is much more difficult. He provides suggestions for the cadenzas in his own piano concertos, and it is difficult to improve upon them!”

In fact the two composers had a good deal in common. They both came from more or less normal German families of musicians. Beethoven was deaf, while Kuhlau was blind, if only in one eye. Both were confident in themselves and resistant to authority. “I will not play for such a pig,” said Beethoven of one Count Palfy who had dared to speak during one of his piano pieces. “I would rather have a schnapps,” said Kuhlau, after he had played for the royal family and been offered a cup of tea. The two composers had heard stories about one another for years when finally, in 1825, they met outside of Vienna.

In Beethoven’s notebooks we learn that the pair wrote witty songs, told jokes, and discussed musical life. “I don’t even know what I wrote yesterday,” confesses Beethoven on the 3rd September. “I must admit that the champagne had gone to my head.”

Marianna Shirinyan relates that for her, the two concerti are at once closely related and completely different, quite like the two composers themselves. “The thought touches me,” she continues. “Kuhlau has used the skeleton of Beethoven’s concerto, but it is more inspiration than theft, because he fills it with a completely different content. He is on the way to romantic music.”

“Beethoven’s concerto is in places really massive. Kuhlau’s is more transparent and light, but it should not be taken lightly. Beethoven’s orchestra sounds of military and revolution, and the last movement is almost like a coarse joke. Kuhlau’s finale, on the other hand, is quite charming.”

But now these two friends meet once again, not in a pub this time but on a compact disc, where they yet again have the chance to display their talents. When they met in person the two composers grappled with more earthly matters than works for piano in C major. The festivities reached a high point when the famous Schuppanzigh Quartet turned up to play Beethoven’s opus 132 – a masterpiece that eventually transformed the entire concept of chamber music. But Beethoven’s piano-playing colleague hadn’t much room for that sort of insight on that day in 1825. In the notebooks we read that Mr. Kuhlau was unfortunately compelled to retire to his chambers with a hangover.

The Association of Danish Music Critics awarded Marianna Shirinyan their 2009 Annual Prize. In 2010, she received Danish Radio’s P2 Artist Prize for her contributions to the musical and artistic life of Denmark.

We have a dream! A dream to unleash the power of classical music. Whether you are a connoisseur or just curious, we welcome you. Classical music is for everyone.

With our performances, and with all of our activities and initiatives we aim to create a new sensibility and consciousness about what it means to be a symphony orchestra. The foundation is of course our high artistic ambitions, and to that we have added some of our own initiatives. We have created two of the most successful classical music videos in the world with our two “flash mobs,” the first with Ravel’s Bolero in Copenhagen’s Central Station, and the second with Grieg in the Copenhagen Metro. These videos have generated millions of views on YouTube (search for ‘Copenhagen Phil Flash Mob’), and have made headlines all over the world, including being tapped as CNN’s “video of the day.” But more importantly these videos have moved many thousands of people, which is made plain by the many inspiring comments. “You are a gift to humanity,” for example, and “Danes amaze…”

It is very satisfying to feel that as an orchestra, and as individual musicians, our efforts do in fact make a difference, and this inspires us a great deal in our day to day work. It gives us confidence and passion for what we do, and we try in turn to put this energy into every single note we play. In recent years we have worked on a large-scale Beethoven project, recording all nine symphonies with our chief conductor, Lan Shui. These will be released over the next few years on Orchid Classics. The interpretations are based on Beethoven’s original metronome markings, less vibrato and faster bowing in the strings, and include the use of historical brass instruments and timpani. This work has generated our very own Beethoven ‘sound,’ which both Rolf Gupta and Michael Francis have deployed very effectively on this recording. Marianna Shirinyan, our brilliant Danish-Armenian pianist, was a wonderful partner in the creation of this recording.

We hope that our energy and passion sparkles out of the loudspeakers! Enjoy the music. Have a good listen!