FRANZ LISZT
Sonata in B minor

“In 2010 I was honoured to receive a Borletti-Buitoni Trust Award: an amazing opportunity for young musicians to make their dream projects come true. After winning the Liszt competition in Utrecht in 2008, I’ve been playing Liszt’s compositions in my recitals regularly so it was logical to end this period by releasing a Liszt CD, particularly one dedicated to the B minor Sonata. It’s a piece I’ve admired from an early age as one of the brightest diamonds in the piano music literature.

“Following the Tenth Hungarian Rhapsody, where we hear the origin and the roots of Franz Liszt, the Second Ballade is often referred to as a small version of the B minor Sonata. Then two Liszt transcriptions offer two portraits, first of Gretchen, from Schubert’s song Gretchen am Spinnrade (underlining the Faust theme of the Sonata); and Clara, from Schumann’s song Widmung, originally dedicated to Clara Schumann.

“Finally, the Sonata, dedicated to Robert Schumann, takes us on a journey, revelling in the secrets of our souls and different sides of our nature. It’s a piece full of mystery and drama – following the human struggle to the edge of the highest cliff, ultimately falling yet still hoping for the light, before one last breath, one last heartbeat and silence…”

Fired up after his belated return to his homeland in 1840 (after a gap of 16 years), where he had revisited his birthplace and the gypsy encampment nearby, Liszt composed and published 11 Magyar Dallok – Hungarian National Melodies, followed by another six in 1847. Ultimately withdrawn, these formed the basis of 15 Hungarian Rhapsodies published between 1851 and 1853 (Liszt would later write another four).

The Tenth, based on Fogadj Isten (God be with you) by Béni Egressy to whom it is dedicated, transforms the original in typical bravura style, encompassing the traditional elements of the gypsy style: a slow introduction (lassan), prefaced by a Preludio (three bars of upward scales, topped by quaver and semiquaver chords) and a fast conclusion (friska), which is built from a slow march. A middle section is unusually marked quasi zimbalo, where the right hand creates a fair impression of Hungary’s national instrument, the cimbalom.

Knowing both Chopin (of whom he wrote the first biography) and Schumann, and their works, we find him composing a Ballade in D flat between 1845 and 1848, adopting a genre that Chopin had created. In 1853, shortly after composing his only Sonata (in the same key), Liszt returned to the genre for his B minor Ballade, over double the length of the first. Just like the Sonata, he later revised the Ballade’s ending to end quietly.

The B minor Ballade is perhaps an evocation of the Hero and Leander myth or based on Gottfried Bürger’s ballad Lenore (the basis of a Liszt recitation in 1853). The opening’s ominous oscillating bass chromaticisms are twice ameliorated by the second theme’s sweeter tones. The deciso march’s dotted rhythm undergoes a tempestuous development, finally melting into those sweeter tones again before the opening’s queasy tread returns. Welters of broken semiquavers and thunderous triplets suddenly dissipate in the face of the second theme which, miraculously, Liszt melds with the first theme, building to a final climax.

Liszt’s 200 transcriptions of works by other composers are indicative of his towering importance as a musical proselytiser. He started early, whilst in Vienna in the 1830s, with 56 Schubert song transcriptions published by Diabelli or Haslinger. He always insisted that his arrangements were accompanied with the original lyrics, to give a programmatic framework to his solo transcription.

Published in 1838, Gretchen am Spinnrade was based on perhaps the first great Romantic song, which Schubert had set to Goethe’s text on 19 October 1814. Liszt heightens Schubert’s original design, with its rippling accompaniment evoking the constant spinning wheel, even slowing and stopping when Gretchen remembers Faust’s kiss. Much later, Liszt suggested to pupils that the introduction could be repeated before the song’s second stanza.

Liszt made his first Schumann transcription in 1848, the opening song Myrthen (Myrtles) Op.25, composed between February and April 1840, as a wedding present for his beloved Clara (well in advance of the actual wedding day, on 12 September).

Widmung (Dedication) opens with a gentle fanfare effect, ebbing and flowing arpeggios, accompanying Rückert’s all-encompassing version of love. Liszt follows Schumann’s change of key for the sad middle section (at the mention of tombs and grief), but expands the work by half-as-much again.

Reciprocating Schumann’s Op.17 Fantasie dedication to Liszt, the score of Liszt’s only solo Sonata arrived at the Schumanns’ in Düsseldorf on 25 May 1854. But Schumann was already incarcerated in a mental institution at Endenich and Clara, having turned against Liszt, never did take the dedicated score to her husband. She confided in her diary that the Sonata was: “merely a blind noise – no healthy ideas anymore, everything confused, one cannot find a single, clear harmonic progression – and yet I must thank him for it. It really is too awful.”¹ If Robert had set eyes on it, surely he would have disagreed.

Alan Walker both describes it as “arguably one of the greatest keyboard works to come out of the 19th century”² and lists its suggested inspirations (Faust, autobiography, the Bible and John Milton or a Garden-of-Eden allegory)³. Its single movement not only encompasses four traditional movements, but also acts as a sonata movement in its own right. Following the opening’s ‘exposition’, the Andante sostenuto marks the ‘development’ and the finale the ‘recapitulation,’ following the third movement’s double fugue. The coda includes a reprise of the Andante.

The first 16 bars reveal three of the five main motifs: an ominous descending scale (Lento assai); a sudden leaping motif (Allegro energico) and a bass-register repeated phrase (marcato). Their continual development contrasts delicately beautiful and tempestuous passages. A chorale-like grandioso second subject ultimately leads to a serene F sharp major, for the final motif in the gentle and reflective Andante sostenuto. What sounds like a new dolcissimo second subject is, in fact, a transformation of the third marcato motif. Slowly and quietly reaching the depths, it allows the very opening’s ominous descending scale to return.

The Allegro energico is a massive double fugue based on the third marcato motif and the second, leaping theme. This second main development section is in B flat minor and leads into the recapitulation. Thundering chords in unison open the B major coda, including the apotheosis of the grandioso theme. In dying away the Andante gently returns and, even with the return of all three opening motifs, the music is tranquil, finally coming to an ecstatic close.

Georgian pianist Nino Gvetadze won the Second Prize, Press Prize and Audience Award at the International Franz Liszt Piano Competition 2008 and received a prestigious Borletti-Buitoni Trust Award in 2010. She studied at the Tbilisi Conservatoire and later at the Hague Royal Conservatoire and Amsterdam Conservatoire. During her studies she received a grant from the Elisabeth Leonskaya Foundation, as well as first prize and special prizes at the YPF Piano Competition, Holland, amongst other awards. Nino Gvetadze has performed with orchestras since the age of six, including the Brussels, Rotterdam, Dutch Radio and Chamber Philharmonic Orchestras, as well as the Hague Residentie Orkest, Brabants Orkest, Rheinische Philharmonie and Seoul Philharmonic under such conductors as Yannick Nézet-Séguin, Michel Plasson, Michel Tabachnik, Martin Sieghart, Jansug Kakhidze and John Axelrod. Her many international engagements have included recitals in Bayreuth on the grand piano of Franz Liszt, in Hannover at the cycle Pro Musica Preisträger am Klavier and a tour of China and Korea in July 2010. Other festival appearances have included the Young Euro Classic Festival in Berlin with the Georgian Sinfonietta, chamber music with Jean-Yves Thibaudet at the Spoleto Festival, and recitals and chamber music at the Grachtenfestival in Amsterdam. Nino Gvetadze studied with Veronika Tumanishvili, Nodar Gabunia and Nana Khubutia and later with Paul Komen and Jan Wijn. She currently lives in Holland.

‘The young Georgian contender finds an edge of fire in the Liszt B-minor sonata and a deft caress in his B-minor ballade…’ (Norman Lebrecht, CD of the Week) 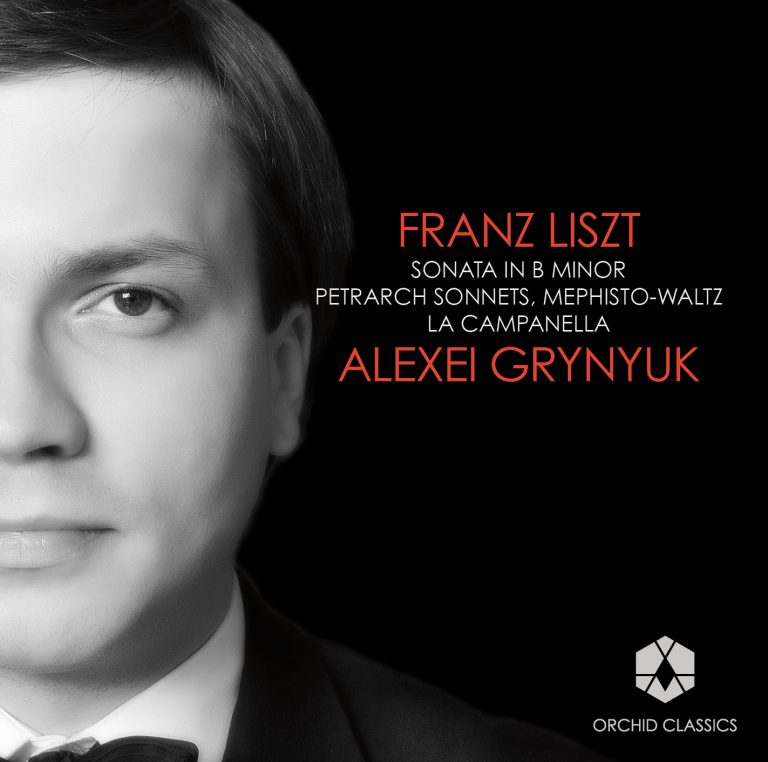