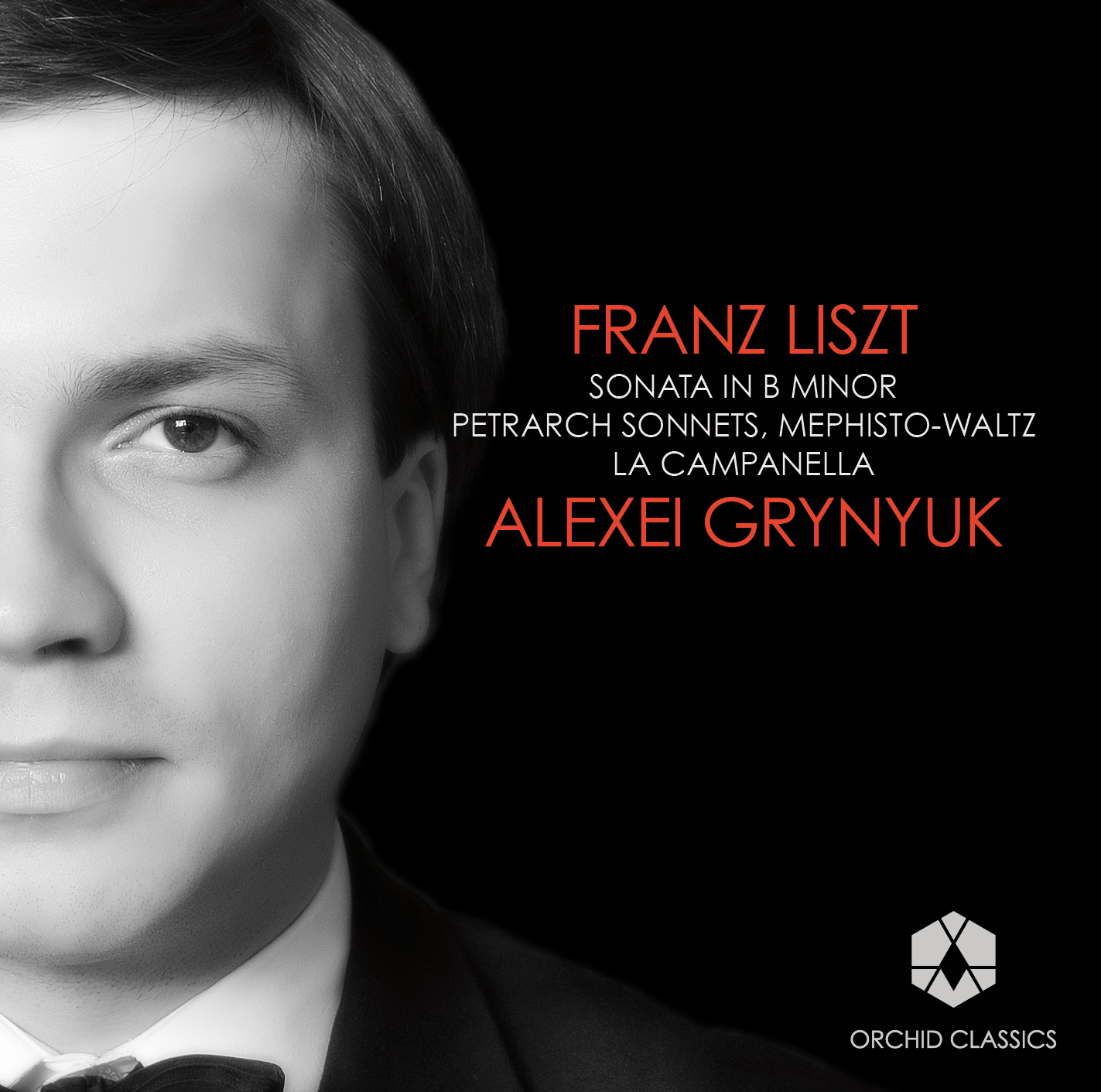 Franz Liszt (1811-1886) is often regarded as the greatest pianist of all time. Indeed, even though we have never heard his performance, it is evident from his music and his legacy that he truly revolutionized piano playing. It was so much more than just pushing the boundaries of virtuosity to unprecedented heights. It was reinventing the whole notion of the role of pianist. He had placed the piano centrestage as an ultimate Romantic instrument and himself as an ultimate Romantic artist, a heroic figure, who seemed to merge with his instrument and be able to communicate his deepest emotions and wildest fantasies to a mesmerized audience. There were a lot of keyboard masters before and during Liszt’s time, but he was above them all in his ability to combine all previously known piano techniques and still invent so many more of his own, that the possibilities of the instrument’s musical expression seemed to become limitless. Likewise, there were others who possessed an admirable skill of improvisation, but for Liszt the act of performance itself became almost as important as the composition, it became the act of creation.For this Liszt needed a new musical form. The traditional classical presentation was no longer satisfactory. He needed to take his audience on a continuous emotional journey, to create an unbreakable narrative with all the drama of an opera and all the divine beauty and philosophical depth of a poem.

The Sonata in B minor, composed in 1853 and dedicated to Robert Schumann, is one of the finest examples of this new form, and is considered one of Liszt’s greatest works. Building upon the previous developments of Beethoven, Schubert and Schumann, especially Schubert’s ‘Wanderer’ Fantasy, Liszt was able to achieve an ingenious structure, which combined a four-movement symphony with the exposition, development, and recapitulation of a single-movement sonata. Here the most important compositional technique, which Liszt championed, was thematic transformation, where several closely related motives undergo striking changes in character following the weave of the drama. This story-telling quality of the Sonata suggests parallels with literature. Although Liszt did not confirm any sources, he was widely believed to have drawn inspiration from the Faust legend. And indeed, from the sinister introduction, followed by the satanic entry of the main theme, through the emotional battle of the development, to a glimpse of heaven and the inevitability of death at the conclusion of this gigantic work – everything points to a philosophical drama of epic proportions.Liszt was fascinated with the Faust story and based his Faust Symphony on Goethe’s drama.

The Mephisto-Waltz No.1, which also has an orchestral version, is, in turn, based on an episode from another Faust, this time by Nikolaus Lenau. It has a subtitle Der Tanz in der Dorfschenke (The Dance in the Village Inn). Like the Sonata, this piece has become one of Liszt’s best-known works. It further explores Liszt’s obsessive interest in the diabolical character of Mephistopheles, the struggle between good and evil, and the vulnerability of human morals in the face of the devil’s seduction – all within one unfolding wicked dance. Liszt was perhaps the greatest master of piano transcription. His understanding of the instrument was so profound that he was able to transform a piece of music, whether his own or the music of others, into an entirely new one by using the original melodic and harmonic material and reinventing its colour, palette and texture, making it so inherently pianistic, that it sounded as if it was actually composed for the piano in the first place. In the example of the Mephisto-Waltz, it is hard to tell which had precedence, the piano version, or the orchestral one.

Similar interchangeability is seen in the three Petrarch Sonnets – lyrical pieces, originally conceived as songs, and transcribed for piano. Liszt revised them several times throughout his life. The version included on this CD is the most famous one, published in 1858. The Sonnets became part of the second volume of Années de pèlerinage, which was inspired by Liszt’s travels in Italy in the 1830s. The beauty of this music reflects Liszt’s deep appreciation of Italian art and literature, and his love of Italian opera. These beautiful love songs, based on the poetry of an early humanist Francesco Petrarca (1304-1374), combine an exquisite ‘bel canto’ melodic writing with passionate operatic culminations. Sonnet 104 is the most turbulent of the three, while Sonnet 123 possesses a heavenly celestial beauty foreshadowing the later religious period of Liszt’s life.

It is in the etudes that Liszt as a pianistcomposer was most inventive, original and groundbreaking. Exploring and pushing the possibilities of the piano as an instrument, he managed to find new colours and textures unknown before, casting a major influence on piano writing of many future generations of composers. He made it possible for different aspects of piano technique to take precedence over harmony and rhythm in creating unique character pieces out of what could have been a rudimentary exercise. La Campanella is the third etude in the cycle of Grandes études de Paganini, revised from an earlier version in 1851. It is a variation-style elaboration on a theme from the First Violin Concerto by the celebrated violinist Niccolò Paganini, who became a role model for young Liszt’s own aspirations as a super virtuoso.

Kiev-born pianist Alexei Grynyuk displayed tremendous interest in music from an early childhood and started giving his first public concerts at the age of six. At thirteen he attracted wide attention by winning the first prize at the Sergei Diaghilev All-Soviet-Union piano competition in Moscow. By then he had already been touring Eastern European countries as a soloist as well as performing Mozart and Chopin piano concertos with Ukrainian orchestras.Alexei went on to achieve first prizes at the Vladimir Horowitz International Piano Competition in Kiev and the Shanghai International Piano Competition in China.

His musical development was shaped by his studies at the Kiev Conservatoire under Natalia Gridneva and Valery Kozlov. He also won a scholarship to the Royal Academy of Music in London, where he studied with Hamish Milne.

Alexei Grynyuk performs throughout the world and has been invited to give recitals at the Great Hall of Moscow Conservatoire, Kremlin, Wigmore Hall in London, Salle Cortot and Salle Gaveau in Paris, ‘Musica Sacra’ Festival’ in Netherlands, Duszniki Chopin Festival in Poland, Newport Music Festival in United States, and other prestigious festivals and venues. He has performed concertos with the Mexico State Symphony Orchestra, Krakow Philharmonic, National Symphony Orchestra of Ukraine, and the Bolshoi Symphony Orchestra.

His concerts have been broadcast by BBC Radio 3, Hessicher Rundfunk, Bayerischer Rundfunk, KRO4 Hilversum, Radio France and televised on Ukrainian, Lithuanian, Chinese and Russian channels. His career has been generously supported by the Alexis Gregory Foundation, which led him to perform at the renowned piano series at the Metropolitan Museum of Art in New York as well as making this CD release possible.

Acclaimed by ‘Musical Opinion’ in London for his “breathtaking musical accomplishment with musicianship of the highest order”, Alexei Grynyuk was described by Le Figaro in Paris as a “master of transparent and sovereign touch … and virtuosity of great Russians” and by ‘Chopin’ Magazine in Tokyo as “….overwhelming with divine purity…majestic… he has captured the audience with a deep musicality…crystal clear and beautiful tone… dignified, beautifully structured performance.”

The music of Franz Liszt has always been an important part of Alexei Grynyuk’s repertoire. In 2011 he celebrated Liszt’s bicentenary at a special concert in Kiev, performing the composer’s Sonata in B minor followed by both piano concertos. Later in 2012 his performance of the Sonata was broadcast live on BBC Radio 3 as a part of ‘Live in Concert’ series in which Alexei portrayed Chopin and Liszt.

‘Grynyuk achieves the finest balance between the Sonata’s lyrical and heroic elements… he combines fluency and finesse to a rare degree.’ (Gramophone Magazine, Bryce Morrison) 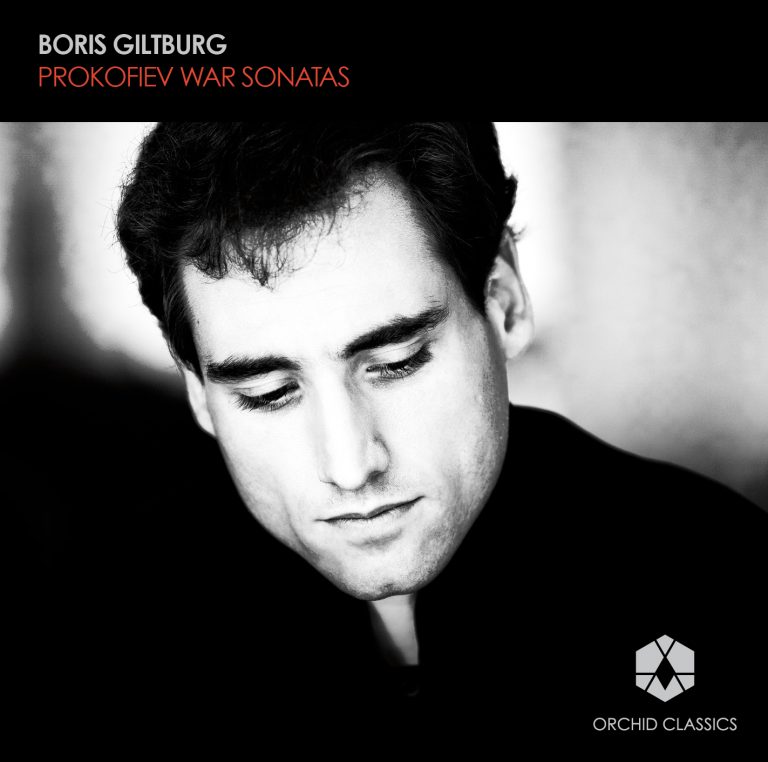