The Master and the Minimalist

The pieces on this album were selected so as to create a coherent narrative, and simultaneously to highlight important works from the composers’ catalogue.
When I prepare my concert programmes, I always aim to offer the audience an organic narrative that presents the instrument’s many nuances and leads them through the concert as if it were a story told, with ups and downs, highs and lows, powerful outbursts, and meditative moments. With this approach in mind I have put together the album’s repertoire, where Arvo Pärt’s minimalistic and meditative pieces create contrast to Bach’s intellectual compositions, powerful settings, and beautiful chorales.
The pieces are also connected by tonality: Bach’s Prelude and Fugue in E-flat major – Pärt’s Pari Intervallo in E-flat minor; Concerto in D minor – Trivium in D minor; Spiegel im Spiegel in C major – Passacaglia and Fugue in C minor. The two big pieces at the very beginning and the end encapsulate the album’s more delicate parts.
The music on the album is at the core of my concert repertoire and is some of the most beautiful organ music written by Bach and Pärt, respectively.

The Garrison Church & the organ

Completed in 1706 as a church for the army garrison in Copenhagen, the Garrison Church was built by Frederik IV, whose monogram is seen above the west door on the altarpiece and at the top of the towers of the organ case. Very soon, after the completion of the church, it was used by the citizens of the newly built Frederik’s Town, and from 1804 as a civilian church as well.
The Garrison Church got its first large organ in 1724. It was built by Lambert Daniel Kastens in Itzehohe and transported to Copenhagen by sea. The instrument was built in the North German baroque tradition, which is known from Kastens’ teacher, Arp Schnitger’s extensive production. The organ was later rebuilt and renewed, but in 1995 a new organ was inaugurated, built by the Danish organ builder Carsten Lund.
A large donation from the Velux Foundation formed the financial basis for this project, for which the organ was prepared by the organ builder and his staff together with organ consultant Per Kynne Frandsen, the Dutch organologist Dr. Cornelius Edskes and organist Hans Westenholz.
The disposition and structure of the original baroque organ forms the basis of the current instrument, with 45 registers, a total of 2861 pipes that are divided into 4 works – Rückpositiv, Hauptwerk, Brustwerk and Pedal. Centrally located under the clock is the main work (Hauptwerk) and below is the Brustwerk. These are flanked by the two pedal towers, which are crowned with Frederik IV’s monogram, and which contain the voices the organist plays with his feet on the pedal keyboard. Closest to the congregation is the back positive (Rückpositiv) – a smaller version of the main work, recessed in the balustrade on the organ pulpit. Queen Margrethe II’s monogram is seen above the middle of the main organ.
The organ is tuned in a historical temperament that favours certain keys and its tonal range is slightly smaller than that of a modern organ. In addition to its primary liturgical use, the instrument is extremely suitable for reproduction of German and Dutch baroque music. It is very popular with both domestic and foreign artists for concerts and recordings. Concert series with Bach and Buxtehude’s combined organ works have been carried out with the organ professors Bine Bryndorf and Hans Fagius from the Royal Danish Music Conservatory as soloists.
Among the church’s former musicians in the 19th century, the composers J. P. E. Hartmann and his son-in-law Niels W. Gade should be highlighted; both held the office of organist for a number of years in their younger days.

David Bendix Nielsen (b.1993) is a Danish/Hungarian organist based in Copenhagen. He was educated at the Royal Danish Academy of Music and the Hochschule für Musik und Theater Hamburg with Professor Bine Bryndorf, Hans Fagius and Wolfgang Zerer.
David was born in Denmark, but raised in Hungary, where he received his primary musical education. He started his organ studies at age 14, when he was finally able to reach the pedals, at the music high school in Győr. Four years later, he was accepted at the Music Academy in Copenhagen. David has further educated himself in masterclasses with artists such as Olivier Latry and Hans-Ola Ericsson, and competed in international organ competitions, the latest being the Nordic Organ Competition 2021 in Stavanger, where he won 2nd prize. In 2018 he was a recipient of the prestigious Léonie Sonning Talent Prize, and from 2022 to 2023 David is chosen as a recipient of the Young Cultural Elite scholarship from the Danish Arts Foundation.
Despite his young age, David already has an impressive series of concerts behind him, both in Denmark and abroad. He has performed at international organ festivals such as the Ivan Sokol Festival in Slovakia, the Antiqua Vox Festival in Italy and the Ars Sacra Festival in Hungary. He has played solo recitals at venues such as Temple Church and Westminster Abbey in London, Lund Cathedral in Sweden and Basilique Sainte-Clotilde in Paris. He is also active in projects with ensembles and choirs, most notably the vocal group Theater of Voices and the Danish National Symphony Orchestra.
David is the organist of St. Mark’s Church in Copenhagen and has previously held positions in some of the most important churches in Denmark; Roskilde Cathedral with its world renowned historic Raphaëlis Organ from the 16th century, as well as Holmens Church, the church of the Royal Navy. Besides his career as a performer, he is teaching at the Royal Danish Academy of Music. 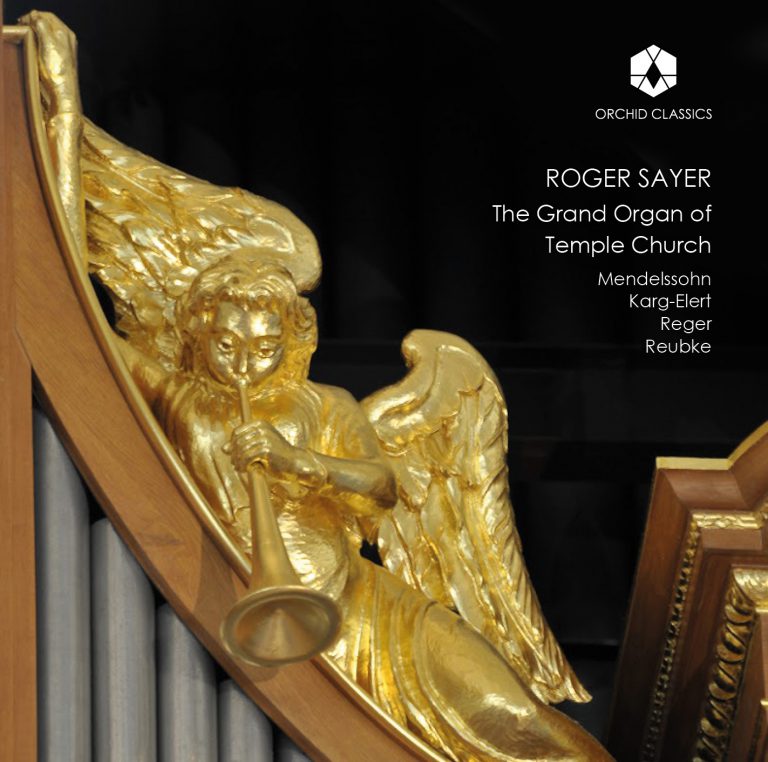