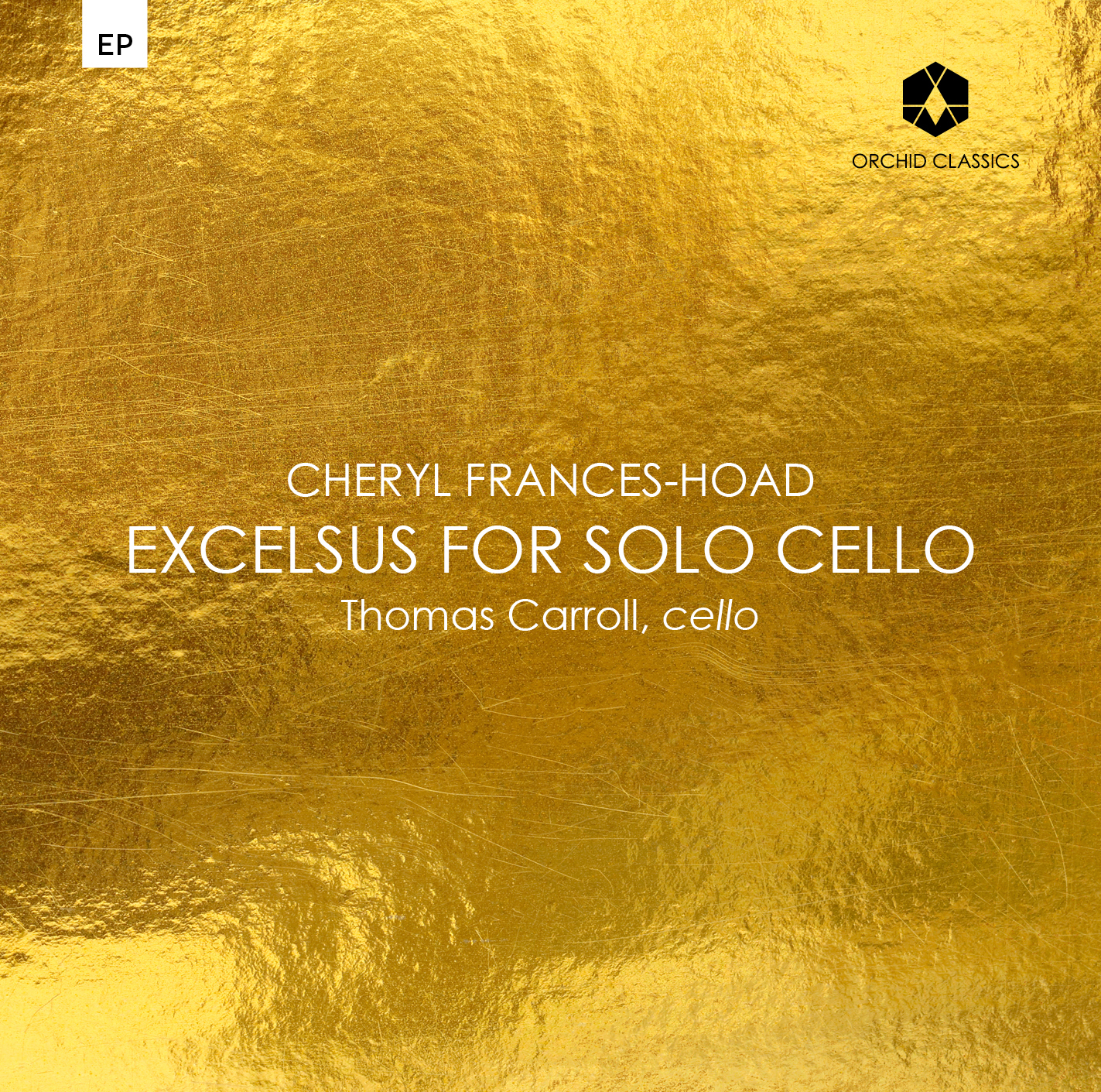 Excelsus is a seven-movement suite for solo cello, composed in 2002 for Thomas Carroll’s debut recital at the Wigmore Hall as part of the YCAT concert series. At the time of writing this work, I’d known Tommy for over a decade: arriving at the Yehudi Menuhin School in 1989 as an eight-year-old cellist, I was soon very much in awe of this much more grown-up player. I have memories of playing many of the great string repertory works in venues like the Queen Elizabeth Hall (Strauss’s Metamorphosen and Schoenberg’s Verklärte Nacht not least) with Tommy leading the section and me right at the back. These experiences shaped me as a musician, and I still look back with astonishment at the opportunities I was given at such an early age.

By the time Tommy asked me to write something for his Wigmore concert (coincidentally my first premiere at the hall too) my dreams of being an international concert cellist had long since been diverted: Excelsus would be the first piece in my portfolio towards my Composition PhD at Kings College London. I look back with a wry smile at many of the works written during this period: all were exceptionally serious in nature, and quite why I thought a Requiem Mass was the appropriate vehicle for a Young Concert Artist’s debut is beyond me these days. But I’m still proud of this early work which seems full of exuberance and utterly lacking in self-consciousness.
The original inspiration seems of little importance now, but various sections of the Requiem undoubtedly influence the moods and tempi of each of the suite’s movements:

Musically the entire work is based on two themes: one melodic, the Rex Tremendae or ‘King of Awful Majesty’ theme, heard at the very opening; and one chordal, the Lux Aeternum (Light eternal) harmonies, not revealed in their pure form until the pizzicato passage that concludes the suite. Other subliminal influences were the Bach and Britten cello suites, which I loved to play as a teenager.

It has taken twenty years to release a recording of this piece, and it was wonderful to work with Tommy again during the sessions, and with producer Ateş Orga and engineer Dave Rowell at St John the Evangelist in Oxford. Excelsus is a work that uses the entire range of the cello, and is utterly uncompromising technically: during the sessions, as Tommy wrestled with quintuplet fff semiquavers in the stratosphere, I’d frequently be muttering to Ateş ‘what was I thinking!?’. Such is my old school friend’s musicianship and technical prowess, however, that the day felt entirely worthwhile. By the end of the sessions, we all felt we’d had an unforgettable shared musical experience.

I am forever indebted to Aidan Woodcock for funding the commissioning of this work: his support of my music was immeasurably important in the early stages of my career.

Described by The Strad as a player of “authority and passion, with an unerring sense of direction, full of colour and underpinned by a clear musical intelligence”, Welsh cellist Thomas Carroll launched his career when he won both Young Concert Artists Trust, London and Young Concert Artists, New York, following on from many prizes at numerous international competitions. He has since gone on to give critically acclaimed debut recitals at Wigmore Hall (London), Alice Tully Hall (NY) Konzerthaus (Vienna) and in Boston, California, Florida and Washington DC, as well performing in many major venues and festivals across Europe, Asia, Africa, Australia and America.
As a concerto soloist Thomas has appeared with orchestras such as the London Symphony Orchestra, Philharmonia Orchestra, Royal Scottish National Orchestra, BBC National Orchestra of Wales, London Mozart Players, Royal and London Philharmonic Orchestras, the Vienna Chamber Orchestra (conducted by Heinrich Schiff), English Chamber Orchestra, Prague Philharmonic, Sofia Philharmonic, Melbourne Symphony Orchestra, and the Bayerischer Rundfunk Orchestra.
Much in demand as a chamber musician, Thomas has worked with the Belcea Quartet, Chilingirian Quartet, Endellion Quartet, Yehudi Menuhin, Ivry Gitlis, Gidon Kremer, Tasmin Little, Julian Rachlin, Janine Jansen, Nicola Benedetti, Christian Tetzlaff, Steven Isserlis, Mischa Maisky, YoYo Ma, Boris Pergamenschikow, Sir Antonio Pappano, Eugene Istomin, Ton Koopman, Emmanuel Pahud, Gervase de Peyer, Michael Collins, Emma Johnson, Sergei Leiferkus, Roderick Williams, Sir Thomas Allen, Dame Felicity Lott and Sir Willard White, among others. He is also a member of Trio Apaches, Salieca Trio and the London Conchord Ensemble.
He has recorded over thirty CDs for labels including Orchid Classics, Champs Hill Records, Decca, Naxos, Signum Classics and Paladino Music. He recently released the world premiere recording of Ittai Shapira’s double concerto for violin and cello, together with the BBC National Orchestra of Wales, as well as continuing his recording series with the London Conchord Ensemble. His recording for Orchid Classics of works by Beethoven, Brahms and Schubert has received widespread critical acclaim – the Sunday Times described it as “enrapturing, sumptuous, sweeping, intense, intelligent and invigorating” and the Guardian wrote that his versions of the pieces were “intensely musical accounts, with no details overlooked and no challenges ducked… not a note out of place.” The CD was awarded Disk of the Year on the International Record Review site, MusicWeb International.

Alongside his career as a cellist, Thomas also enjoys an active life as conductor. Since conducting his debut performance in the Berlin Philharmonie in 2006, he has gone on to work with orchestras in the UK and abroad. He recently gave his conducting debut with the Hong Kong Philharmonic, the London Philharmonic Orchestra, The Philharmonia, The Presidential Symphony Orchestra in Turkey, as well as a return visit to the Brighton Philharmonic.

Since April 2012, Thomas has been Artistic Director of the Orpheus Sinfonia, during which time they have performed a complete Beethoven and Brahms cycle, recorded the orchestra’s first CD, now available on Signum Classics and worked regularly with soloists such as Dame Felicity Lott, Tasmin Little, Jack Liebeck, Roderick Williams, and Tamsin Waley-Cohen.
Thomas is also a regular guest on many radio programs, performing and speaking live on the BBC, on which he has appeared many times a year since 2000, as well as stations internationally.
From 2004 until recently, he was Professor of Cello at the Royal College of Music in London as well as principal cello teacher at the Yehudi Menuhin School. In 2018, he was appointed Professor of Cello at the Hochschule of music in Cologne. Thomas was a pupil of Heinrich Schiff and Clemens Hagen, as well as working regularly with Steven Isserlis.

Cheryl Frances-Hoad was born in Essex in 1980 and received her musical education at the Yehudi Menuhin School, the University of Cambridge (where she was awarded a double 1st for her BA in Music and a distinction for her MPhil in Composition) and Kings College London (PhD, Composition). Her music has been described as “like a declaration of faith in the eternal verities of composition” (The Times), with “a voice overflowing not only with ideas, but also with the discipline and artistry necessary to harness them” (The Scotsman).
Chosen to be a featured composer on BBC Radio 3’s ‘Composer of the Week’ (‘Five under 35, March 2015), her works have garnered many awards, from the BBC Lloyds Bank Composer of the Year award when she was just 15 to more recently the Mendelssohn Scholarship, The Bliss Prize, The Cambridge Composers Competition, The Robert Helps International Composition Prize (USA), The Sun River Prize (China), The International String Orchestra Composition Prize (Malta), The RPS Composition Prize, and the BASCA British Composer Awards (where she became the youngest composer to win two awards in any year for Psalm 1 and Stolen Rhythm in 2010).
She has received two awards from the PRS Women Make Music Fund (for The Madness Industry (a brass quintet for Onyx Brass) and Sailing to the Marvellous (a ninety minute oratorio for four choirs and ensemble for Bridlington Priory) and has held the posts of Leverhulme Musician in Residence (at the University of Cambridge Psychiatry Department, 2008), Rambert Composer in Residence (2012/13), Opera North/Leeds University Cultural Fellow in Opera Related Arts (2010/12), and Visiting Research Fellow in the Creative Arts at Merton College Oxford (2021).
Cheryl has released five celebrated CDs. Her recent disc of vocal music (featuring Nicky Spence, Sophie Daneman, Mark Stone and Sholto Kynoch amongst others) was released on the Champs Hill Records label in November 2018. Magic Lantern Tales has been highly praised: “the longer you listen to this beautifully crafted CD (…) the deeper you fall under its spell” (SWR2 Treffpunkt Klassik, Germany), “Frances-Hoad’s Magic Lantern Tales disorientate and delight in equal measure.” (Opera Today). Her 2011 CD of chamber works, The Glory Tree, was selected as “Chamber Music Choice” by BBC Music Magazine.

Cheryl’s works include two piano concertos, a Cello Concerto (Katharsis), three piano trios, a ninety minute opera about the life of Amy Johnston (Amy’s Last Dive with librettist Adam Strickson), and several large scale works involving young musicians (A Young Person’s Guide to Composition was premiered by the London Chamber Orchestra and 150 children conducted by Christopher Warren Green in May 2014). 2015 saw Cheryl’s BBC Proms debut with a new work for the Cardinall’s Musick entitled From the Beginning of the World.

Recent projects include Last Man Standing, a work for Marcus Farnsworth and the BBC Symphony Orchestra with librettist Tamsin Collison (commissioned for the Armistice Centenary) that premiered at the Barbican in London in November 2018. Cheryl was composer-in-residence at Presteigne Festival 2019 and was Associate Composer at Oxford Lieder Festival from 2019-2021: her half-hour song cycle, everything grows extravagantly, written with poet Kate Wakeling was premiered by baritone Marcus Farnsworth and Libby Burgess in 2021 at St. John the Evangelist, Oxford and was chosen as one of the five best classical events of 2021 by The Times. November 2021 brought the premiere of Scenes from the Wild, a 70 minute cycle for tenor and chamber orchestra, commissioned to commemorate the 50th Anniversary of City of London Sinfonia. Written with the late Amanda Holden, and sung by William Morgan, the work traces a year in the life of the award-winning young naturalist Dara McAnulty.
The music of Cheryl Frances-Hoad is published by Chester Music Limited, part of Wise Music Group. 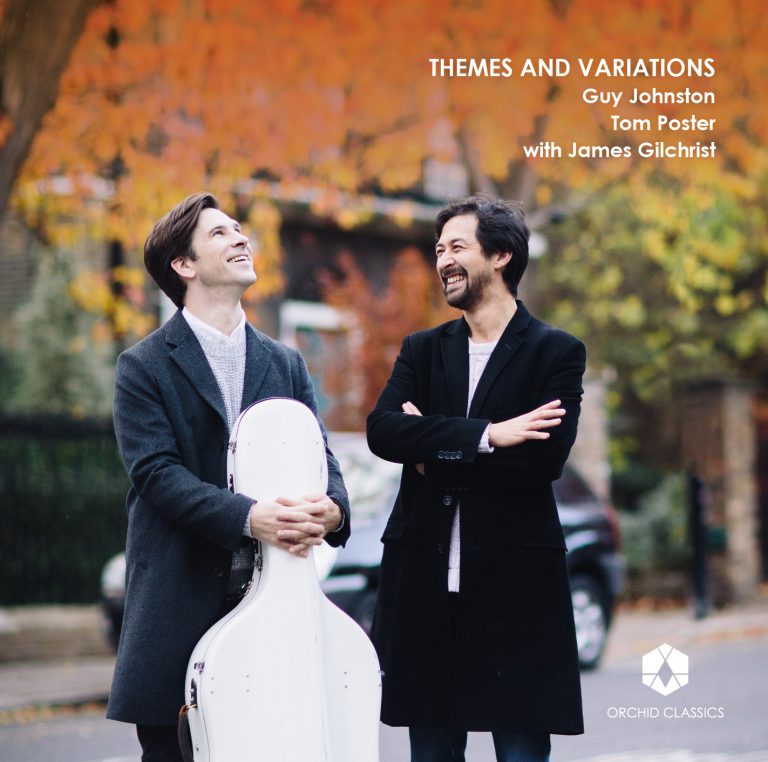 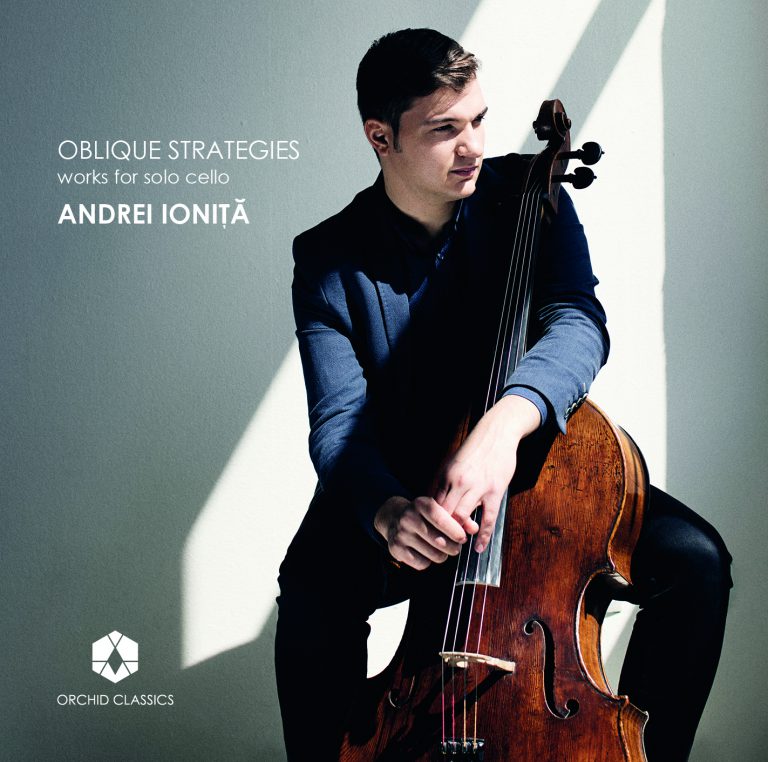