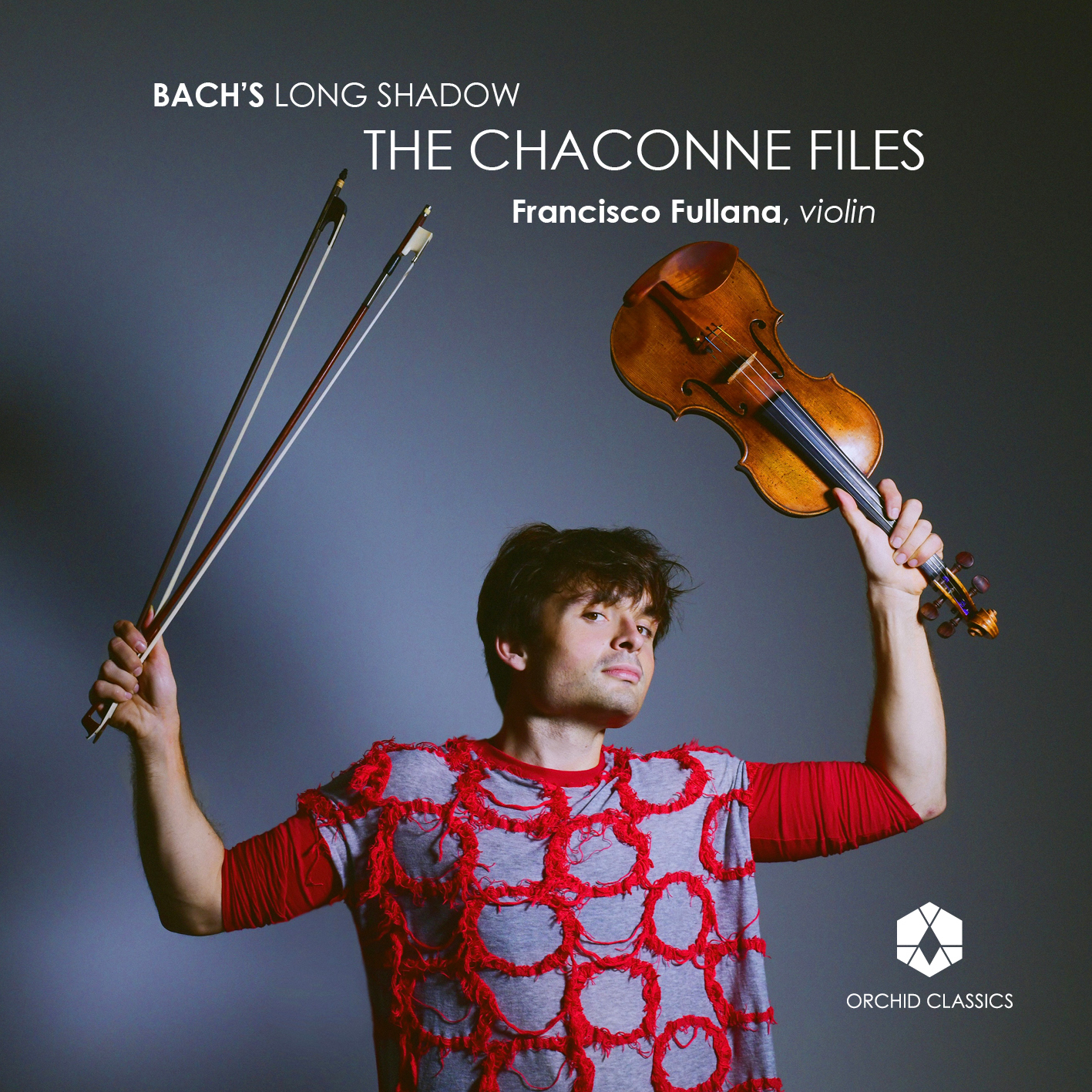 An EP introduction to the Bach’s Long Shadow album

Release Date: DIGITAL ONLY, 14th May

Bach’s music is the clearest representation of natural beauty created by man
in the Western world. Each note functions as a drop of musical paint appearing in the space/time continuum. Each drop a precise intersection across centuries between Bach’s quill, the performer’s hands and the listener’s ears. Through the rapid succession of these musical moments, Bach is constructing a sonic cathedral that captures the beauty of the natural world in sound – even using devices that are ever present in nature such as the golden ratio which governs the arrangement of seeds within a flower. His music inspires not just complex feelings, like the music of other masters, but also resonates in a more powerful way: it fills us with an unadorned awe – a sense of wonder about what is beyond our reach, verging on mystical epiphany.
During the middle of the Covid-19 pandemic, it was Bach who kept me inspired. He kept challenging me, always causing me to return to one central question in my search for bringing Bach’s vivid representation of natural beauty to life: What is the role of the performer in these works? I wish I could ask that question to my 9-year-old self, discovering his Sonatas and Partitas for the first time. I feel he could answer in a way that no adult could. That natural innocence, that purity, gets lost along the way in all of us as we grow into adults. But I am also so grateful for the techniques, knowledge and life experience acquired through the past few years. That 9-year-old was not capable of asking himself the questions that I am grappling with. How could a child have known to embark on a search for what’s essential in Bach’s music? He couldn’t even fully appreciate the natural beauty that surrounds us every waking moment. Or the incomprehensible beauty of the unknown, beyond this blue globe we call home. He didn’t even start to realize the value in Bach’s extraordinary capture of the beauty all around us.

So here I am, humbly presenting to you a snapshot – a moment frozen in time from my search for that essence that Bach so eloquently captured in his Sonatas and Partitas. The hope is that I am closer to stripping my performances of anything that could interfere with Bach’s notes. Letting his notes speak for themselves in that instantaneous intersection between him, myself and the listener. My goal, today, is bringing these new tools, this new understanding of the world, together with the pure, natural responsiveness of my 9-year-old self.

Punta Campanella is a location on the extreme edge of the Sorrento Peninsula, which points into the heart of the Mediterranean Sea. It is at this point, according to legend, that Ulysses encountered the fatally alluring sirens. To not succumb to their calls, Ulysses had his crew tie him to the ship’s mast until they were far away.

Chaconne: Punta Campanella is part of my personal journey into the depths
of Bach’s art, and the humility that his music inspires in me as a composer. The piece arises from my immense admiration for Bach’s Chaconne, the cornerstone of the solo violin repertoire. The everchanging melody is built on a constant pulse from the ostinato bass, just as in Bach’s masterpiece. Like Ulysses’ Oddysey, this piece represents a never-ending search to find my own voice.

A native of Mallorca in the Balearic Islands of Spain, Francisco Fullana is making a name for himself as both a performer and a leader of innovative educational institutions. A recipient of the 2018 Avery Fisher Career Grant, he has performed as soloist with orchestras such as the Münchner Rundfunkorchester, Spanish Radio Television Orchestra, Argentina’s National Orchestra, Venezuela’s Teresa Carreño Orchestra, and numerous U.S. ensembles including the Saint Paul and Philadelphia Chamber Orchestras, the Buffalo Philharmonic, and the Vancouver, Pacific, Alabama, and Maryland Symphony Orchestras. He has worked with such noted conductors as the late Sir Colin Davis, Gustavo Dudamel, Alondra de la Parra, Christoph Poppen, Jeannette Sorrell, and Joshua Weilerstein.
In 2018 Orchid Classics released Francisco’s acclaimed debut recording Through the Lens of Time, which includes Max Richter’s 2012 composition The Four Seasons Recomposed—performed with the City of Birmingham Symphony Orchestra under Carlos Izcaray—along with other 20th century works exploring connections with the baroque era, by Alfred Schnittke, Salvador Brotons, and Isang Yun. Fullana’s love for the sound of gut strings has blossomed into an artistic partnership with the Grammy Award winning baroque ensemble Apollo’s Fire, both in performance and in the recording of Spanish and Italian baroque music.
Active as a chamber musician, Francisco is a performing member of The Bowers Program at the Chamber Music Society of Lincoln Center, and has participated in the Marlboro Music Festival, the Musicians from Marlboro tours, the Perlman Music Program, the Da Camera Society, and the Moab, Music@Menlo, Mainly Mozart, Music in the Vineyards, and Newport music festivals. His musical collaborators have included Viviane Hagner, Nobuko Imai, Charles Neidich, Mitsuko Uchida, and members of the Guarneri, Juilliard, Pacifica, Takács, and Cleveland Quartets.
Born into a family of educators, Francisco is a graduate of the Royal Conservatory of Madrid, where he matriculated under the tutelage of Manuel Guillén. He received Bachelor’s and Master’s degrees from The Juilliard School following studies with Donald Weilerstein and Masao Kawasaki, and holds an Artist Diploma from the USC Thornton School of Music, where he worked with the renowned violinist Midori.
In 2015 Francisco was honoured with First Prize in Japan’s Munetsugu Angel Violin Competition, as well as all four of that competition’s special prizes including the Audience and Orchestra awards. Additional awards include First Prizes at the Johannes Brahms and Julio Cardona International Violin Competitions, the Pro Musicis International Award, and the Pablo Sarasate Competition.
Francisco is a committed innovator, leading new institutions of musical education for young people. He is a co-founder of San Antonio’s Classical Music Summer Institute, where he currently serves as Chamber Music Director. He also created the Fortissimo Youth Initiative, a series of music seminars and performances with youth orchestras, which aims to explore and deepen young musicians’ understanding of 18th-century music. The seminars are deeply immersive, thrusting youngsters into the sonic world of a single composer while inspiring them to channel their overwhelming energy in the service of vibrant older styles of musical expression. The results can be galvanic, and Francisco continues to build on these educational models.
Francisco Fullana performs on the 1735 “Mary Portman” ex-Kreisler Guarneri del Gesù violin, kindly on loan from Clement and Karen Arrison through the Stradivari Society of Chicago.