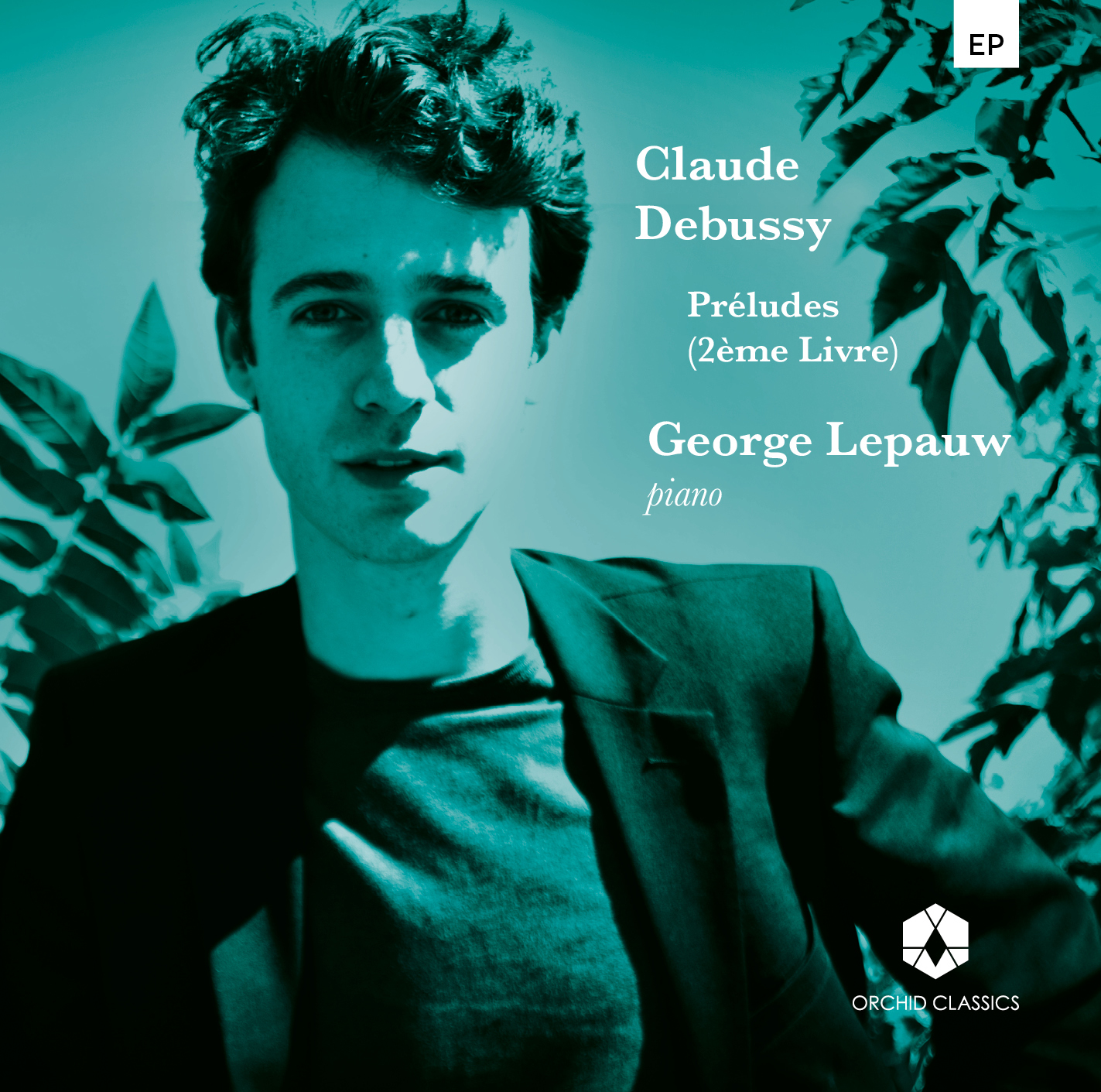 In his seminal book on the composer’s life and music, Debussy (London, Dent & Sons Ltd, 1980 revision) Edward Lockspeiser called his hero “[…] a unique artistic phenomenon in the history of music” (Lockspeiser 162).
Debussy was a fiercely independent composer, who like Beethoven learned from past masters only to blaze ahead on his own path, always the seeker. “For like Beethoven, Debussy knew that the burden of the explorer is that the promised land is never reached, and that each discovery, miraculous as it may be, is yet another of music’s imperishable illusions” (Lockspeiser 162). He was a part of no group and left no school behind him, although he was deeply influential to many strains of modernism.
The twenty-four preludes Claude Debussy composed for piano, divided into two sets of twelve, are a cornerstone of his mature creative output. Although they stand as some of the most inventive works ever written for piano, most listeners are hardly aware of their existence as a cohesive set. Again, in the words of Lockspeiser:
“In the two books of Preludes we are escorted on many novel journeys, the focus of Debussy’s musical telescope […], continuously changing as exotic images are revealed of the Orient, Spain, Italy and […] Scotland; as harsh, magnified caricatures are presented of the Victorian music-hall; as legend, prose and poetry are delineated in music; as the mysteries of nature are yet again evoked […]. Debussy shows himself in the Preludes to be as much a clairaudient as a clairvoyant. His mysterious conception of the tactile properties of music is equally remarkable, and there are pages which might almost bring music to the borders of an odoriferous […] art” (Lockspeiser 155-156).

Debussy was naturally curious and found profound musical inspiration in the exotic sounds of the Javanese Gamelan (which he discovered in 1889) and early American syncopated music (ragtime, banjo, band music), as well as in images of Japanese prints, in the lore of Moorish Spain, in the mysteries of Indian spirituality, in the symbolist poetry of Baudelaire, Verlaine and Mallarmé, in the 18th century of Rameau and Watteau, in the illustrations of Arthur Rackham, of cinema, theatre, dance and circus and of various legends and fairy tales from around the world. Inspiration came easily to Debussy: “[I am] a man who sees mystery in everything […]”, he once said.
His manner of composing for the piano was revolutionary. He was able to find colors in the sound production of the instrument that composers before him had never even explored. Having seen Franz Liszt perform as an old man in Rome, he was struck by his use of the sustaining pedal as “a kind of breathing;” Debussy’s writing, especially in the more virtuosic preludes, is very Lisztian indeed, as well as indebted to Chopin (who had been Debussy’s first teacher’s teacher). But he went further: “[…] the piano was to be transformed into an instrument of illusion […]” (Lockspeiser 155). He was, above all, a keen observer and listener, and it was the variety and beauty of the outside world, which led his inner world to flourish. In Debussy’s own words:
“The sound of the sea, the curve of the horizon, the wind in the leaves, the cry of a bird register complex impressions within us. Then, suddenly, without any deliberate consent on our part, one of these memories issues forth to express itself in the language of music. It bears its own harmony within it. By no effort of ours can we achieve anything more truthful or accurate. In this way only does a soul destined for music discover its most beautiful ideas” (in Lockspeiser 99).
Debussy’s genius is on full display in these preludes, all of which are conceptually vast, if miniature, masterpieces. As a set, they represent the quintessence of the composer’s mastery of his art and reveal the deep well of his soul.

While the titles to each prelude are of utmost interest and help guide the mind in its attempts to understand Debussy’s sometimes mysterious music, it is to be noted that the composer placed these titles in the score not at the top of each piece but at the end, a rather unusual place for a title. The reason for this is that Debussy did not want the title to define the music, but rather for the music to define the title. What was important to Debussy, ever a man of the senses, was for the listener to feel his music rather than to understand it…

Despite being born and raised in France, my pianistic education was centered on Beethoven and Chopin. Debussy’s music was revealed to me in his symphonic works, as my father was a member of the Orchestre de Paris and I had the privilege of hearing frequent performances of his Prélude à l’après-midi d’un faune, Nocturnes, La Mer, Images… Those powerful and enveloping sounds left their mark but it was not until my mid-twenties and in Chicago, that I fell down the rabbit hole and wholly discovered Debussy’s two sets of preludes for myself, which shook my world. In a matter of weeks, I had learned them entirely and began performing them as concert programs. While these works have always stayed in my fingers and repertoire, this was a period of special effusion and of still-youthful excitement at the unexpected worlds Debussy opened up in my spirit. I also felt deeply connected to Debussy’s lifelong spirit of rebellion and hard-earned independence.
Debussy’s preludes also represent a breaking-of-chains from my formal musical studies, helping me to earn the mastery and the freedom I was seeking as a musician. I had just come out of music school and was yet unsure of myself. Amazingly, I was invited to spend a day with the great (and late) American pianist Earl Wild, who was born when Debussy was alive and who, upon hearing me play these works, gave me simple but life changing advice: “Music is a dance. Follow it!”

Less than a year later, in August 2007, I recorded the two books of Préludes in a single evening on the stage of the Music Institute of Chicago’s Nichols Hall, in front of a camera crew (for a filmed version of this recording which will see the light of day soon) and microphones. I performed all the preludes twice, straight through from start to finish. The resulting recording, a selection of the best takes from that night, is an honest portrait of the musician I was then. It retains, all these many years later, a special energy which I feel makes it worth listening to today, even if my interpretation of these works has changed somewhat since then. This privately-organized recording would however not have been possible without the support and generosity of my parents Jane and Didier Lepauw and of my father’s initiative in setting up and managing the recording event itself, for which I am most grateful.
Each one of these preludes is a world unto itself and can easily stand alone. Listening to them individually or as part of the entire set is equally rewarding. How often has my mind gotten lost in the fine mists of Brouillards (Fogs), or gone on a trip to Spain’s Alhambra Palace through the Puerta del Vino prelude? But the closing prelude of the set is the one that leaves a somewhat bitter, absinthe- like aftertaste. Feux d’artifice (Fireworks) is surprisingly not as joyful as one might expect, the closing melodic allusion to the French national anthem, La Marseillaise, seeming to be a seer’s foreboding of coming tragedy. Published in 1913, Debussy could hardly have known of the killing fields and mustard gas-filled trenches of La Grande Guerre (The Great War). Yet, how can we not, now in retrospect, hear the sad tragedy of unfettered patriotism in these wafting sounds of a bygone era? Or could it be a warning to us in our own time?

“A prodigious pianist” (Chicago Tribune) recognized for his “singing tone” (New York Times), and someone who “likes to shake it up” (Chicago Tribune), George Lepauw is an artist and cultural activist who uses music and the arts to inspire and bring people together, following upon Beethoven’s idea of “brotherhood”.

Named Chicagoan of the Year (2012) for Classical Music (Chicago Tribune), George represents the ideal 21st century musician, intensely focused on his art and wholly engaged with the world. In 2009 he had the honour of giving the World Premiere performance of a newly-discovered long-lost piano trio of Beethoven’s to great acclaim, which was followed by a highly-praised first recording with the Beethoven Project Trio for Cedille Records. In addition to his performance career, George is the Founder and President of the International Beethoven Project non-profit organization. From 2016 to 2018, George was Executive Director of the Chicago International Movies & Music Festival (CIMMfest), which allowed him to deepen his passion for film, an artform he has occasionally participated in as a producer, composer, and musician for over a decade. George, who grew up in France in a musical family (his grandfather Roger Lepauw was Principal Viola of the Paris Opera Orchestra as well as of the Orchestre de Paris; his father Didier Lepauw was First Violin with the Orchestre de Paris) began piano studies at the age of three in Paris with Aïda Barenboim (mother of pianist and conductor Daniel Barenboim), and furthered his studies with Elena Varvarova, Brigitte Engerer, Vladimir Krainev, Rena Shereshevskaya, James Giles, Ursula Oppens, and Earl Wild, among others. He has degrees from Georgetown University (B.A. in Literature and Film Studies, and History), and from Northwestern University (M.M. in Piano Performance).

George is a frequent speaker and guest teacher at universities and “ideas festivals” as well as on radio and television, and also teaches piano to a select number of private students.

To stay up to date with George’s work, please visit www.georgelepauw.com. 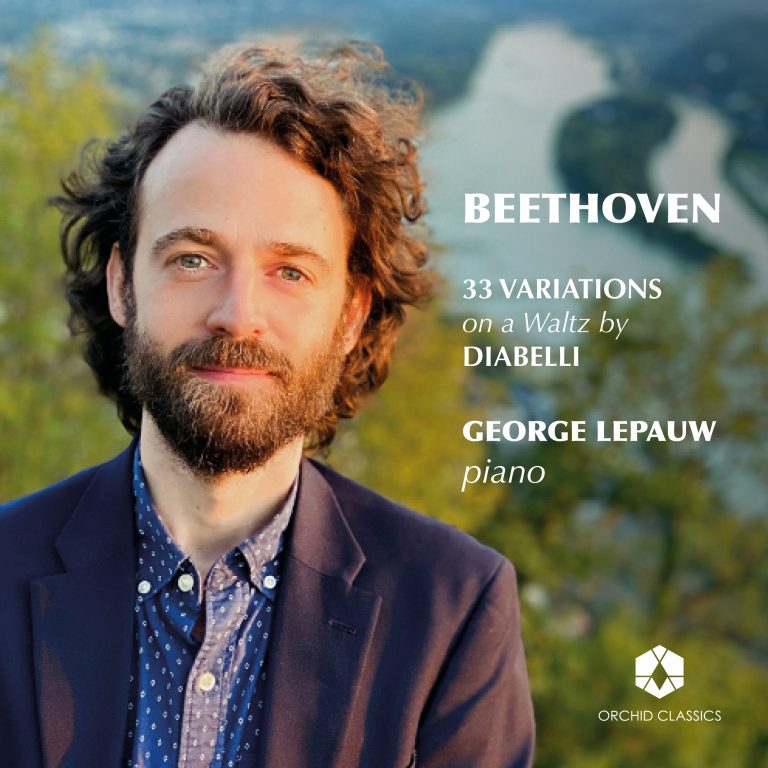