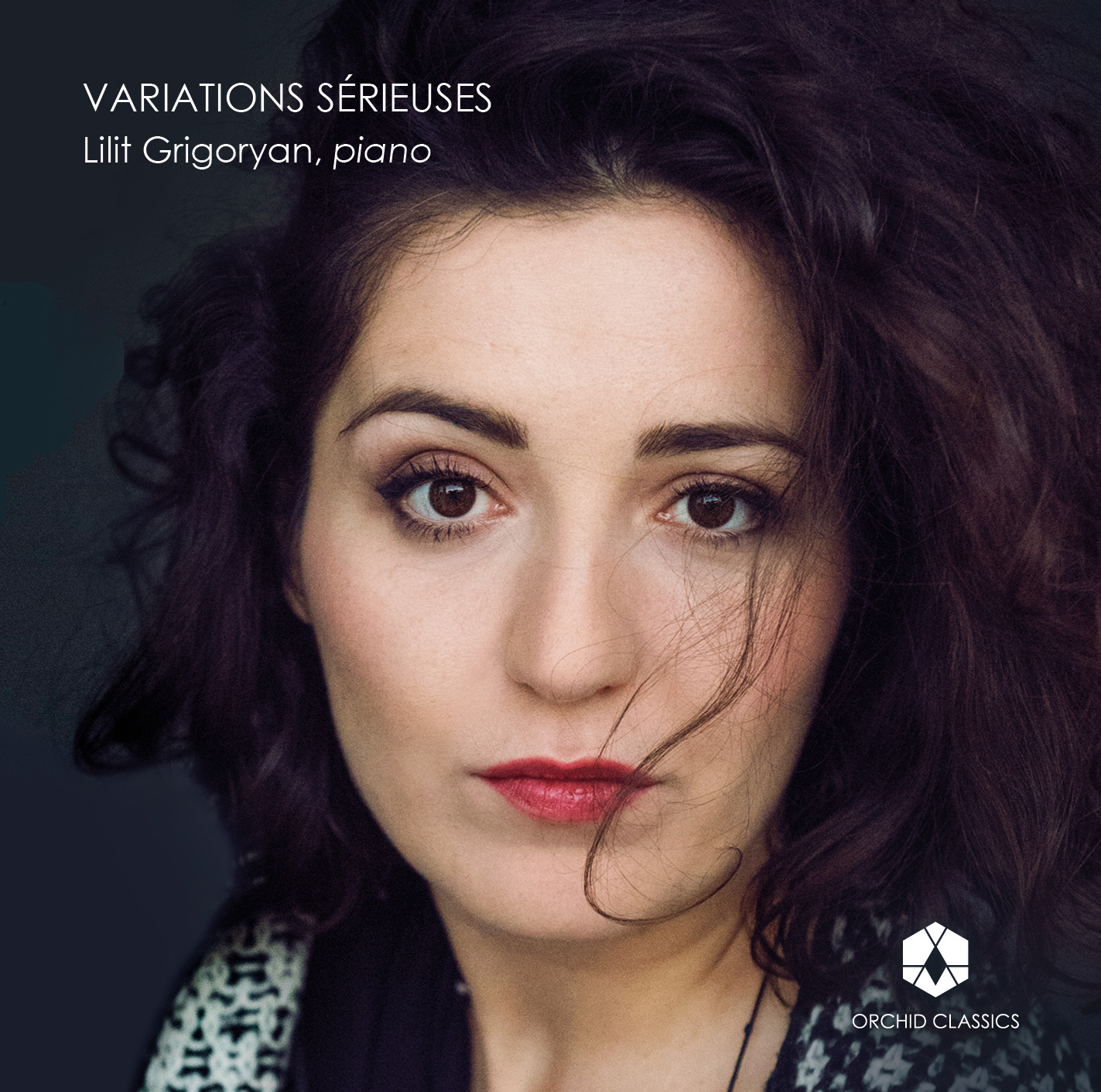 The art of varying a theme, whether original or borrowed, is one which most composers attempt at one stage or another, whether as an exercise in honing the technical aspects of their craft, or as a more profound exploration of the different elements suggested by a melody. But it takes great skill for variation form to be elevated from a pleasing set of audibly-related segments to a work of real coherence and depth, in which the original idea is not merely varied but also developed and drawn out, its innermost complexities revealed.

J.S. Bach’s legendary Chaconne, from his D minor Partita for solo violin, BWV1004 (composed by 1720) has been arranged many times, despite Bach’s stipulation that he did not wish for the work’s implicit harmonies to be realised. How, though, can a composer resist the opportunity to work with such music? With its 64 variations and two minor-key outer sections framing a major-key central interlude, the Chaconne is longer than the rest of the Partita’s movements combined, and its impact on later composers has been far-reaching. Brahms wrote: “… the man writes a whole world of the deepest thoughts and most powerful feelings. If I imagined that I could have created, even conceived the piece, I am quite certain that the excess of excitement and earth-shattering experience would have driven me out of my mind.” Luciano Berio later added that his Sequenza VIII for solo violin was, “inevitably, a homage to that high-point of music, the Chaconne of the Partita in D minor by Johann Sebastian Bach”.

Busoni chose to transcribe “that high-point of music” for his own instrument, the piano. One of many Bach arrangements made by Busoni, his version of the Chaconne was first published as part of a larger volume in 1916, although the copyright dates back to 1902. Bach’s music had dominated Busoni’s piano lessons with his father, and Busoni’s style of playing emerged as a blend of dazzling virtuosity and unflinching grandeur, as reflected in the towering textures of his realisation of the Chaconne. The piano’s lower register is exploited to produce massive statements of Bach’s ‘ground bass’, the recurring bass-line which lays the foundations for this monumental work.

Beethoven wrote numerous sets of variations, famously his ‘Diabelli’ Variations, the variation finale of the ‘Eroica’ Symphony, No.3, and the slow movement of the Symphony No.9. Beethoven’s facility with the form stems from his ability to avoid merely shallow alterations of a theme, instead exploring even the simplest tune in real depth, turning it over as though examining facets of a gem. In his Beethoven biography of 1827, Johann Aloys Schlosser summarised this gift:

“He may proceed from an ordinary, even insignificant theme, and explore, spin out, or develop all its inherent possibilities… In this we can compare Beethoven to Goethe. Like that great man, he sometimes begins with an unpromising subject, but its treatment, down to the smallest detail, reveals a truly original spirit.”

Beethoven seems to have felt a special affinity with C minor, works in this key including the Sonate pathétique, Op.13, the Third Piano Concerto, the Coriolan Overture, the Symphony No.5, and his last piano sonata. Joining this illustrious group are the 32 Variations on an Original Theme, WoO80, composed in 1806. The dramatic, memorable theme is eight bars long and features a descending chromatic line in the left hand which is used as a structural device throughout the piece, almost in the manner of a chaconne. Striking moments include the sixth variation, with its powerful sforzati, the furiously fast eleventh variation, the maggiore (major-key) variations 12 to 16 followed by a return to the minor in variation 17, and, throughout the set, contrasts between extreme technical difficulty and expressive moments of quiet simplicity.

Mendelssohn wrote three sets of variations in total, all of them in 1841. There is something rather touching about his choice of title for the Variations sérieuses, a piece loved by many pianists, including Busoni. The variations were written as a tribute to Beethoven at the request of Viennese publisher Pietro Mechetti, who compiled an “Album-Beethoven” as a way of raising money for the construction of a monument to Beethoven in Bonn. Other contributors included Liszt and Chopin. Mendelssohn was reluctant at first, perhaps daunted by Beethoven’s legacy, but eventually agreed on condition that he could write a “short song” instead of a “long instrumental piece such as a fantasy”.

Mendelssohn seems to have come up with the title for his “serious variations” at an early stage, evidently at pains to emphasise his own gravitas as a composer, particularly when associated with a figure such as Beethoven. (Concern for his artistic reputation was also of real importance to Beethoven, who asked the publishers of his piano variations Opp.34 and 35 to make a point of advertising their original features.) More specifically, Mendelssohn wished to distance himself from the frivolity of virtuosic variations, explicitly aligning his new composition with the weightier traditions of Bach and of Beethoven himself – both composers whose influence can be heard in the music. The use of French for the title is slightly more mysterious, but if Mendelssohn’s choice of words was intended to clarify that the work would disappoint any hopes of frothiness, his choice of language seems to soften the blow.

Even with his disclaimer of “seriousness” to shield him from criticism, Mendelssohn’s approach to executing the commission was forensic in its precision. He omitted some of the original variations, Nos.10 to 13 – which feature several references to Beethoven’s music – and left No.14 incomplete. Nos.11 to 14 are included on this recording. He also wrote new variations to add to what was initially a smaller group, reworked others, and reordered the set.

Bizet the pianist is known to have loved playing Beethoven’s 32 Variations, a piece which undoubtedly influenced the composition of his own Variations chromatiques de concert, written in 1868 but not published until 1953. Bizet wears his inspiration on his sleeve, with the overall key of C minor and the use of chromaticism – such a distinctive feature of Beethoven’s theme – establishing a clear lineage with the earlier work. Bizet is also said to have been taken with the new pédalier piano, seeking to explore its sonic possibilities in this work, whilst his experience as an operatic composer shows in the ambitious, orchestral scale of the ferociously-difficult piano writing.

The chromaticism of the title is immediately articulated in Bizet’s slowly-unfolding theme, which ascends and then descends along chromatic lines. Varying a theme of this kind presents particular challenges to the composer, who must solve an array of harmonic puzzles if the work is to retain coherence. Bizet manages this with remarkable fluency, the chromatic line acting as a thread running through the whole work, around which he weaves a variety of sonorities and harmonic shifts. The theme and first seven variations are in the minor, followed by the remaining variations in the major. This structural turning-point is reached via a variation during which Bizet stretches tonality to its limits in a series of unhinged outbursts, before wittily arriving at major-key simplicity as though nothing has happened. There is an allusion to the main theme from Gounod’s Roméo et Juliette in variation 13, and the work returns to the minor by the end of the coda, marked melanconico.

Szymanowski composed his Theme and 12 Variations, Op.3, between 1901 and 1903, when he was studying with Zygmunt Noskowski in Warsaw, and he dedicated the work to his good friend, the pianist Arthur Rubinstein. Like Mendelssohn in his Variations sérieuses, the young Szymanowski was seeking to prove himself capable of scholarly musical technique rather than showmanship; there is an earnest studiousness to the variations, as well as a combination of sobriety and deeply-held feeling which suggests the influence of Rachmaninoff. Yet the sombre theme has a sensual undercurrent, and there are flashes of the colourful harmonic world in which Szymanowski would become increasingly at home, such as the chromatic, dissonant third variation mazurka, and the unfettered elation of the final bars.

Born in Yerevan, Armenia in 1985, Lilit Grigoryan started to play piano at the age of seven with Prof. Arkuhi Harutyunyan, and was later a student of Prof. Sergey Sarajyan and Prof. Matthias Kirschnereit. She graduated in Hochschule für Musik und Theater Rostock with the highest distinction.

From 2012 to 2016 Lilit was also Artist in Residence at the Queen Elisabeth Music Chapel in Belgium, under the direction of Maria João Pires. Under the initiative of Maria João, Lilit and several of her colleagues created the ‘Partitura Association’ in 2016.

Lilit has performed with orchestras including Sinfonia Varsovia, Gulbenkian Orchestra, Royal Philharmonic Orchestra Liege, Armenian Philharmonic Orchestra, amongst others. In addition, she has performed in various prestigious festivals including Schleswig-Holstein, Mecklenburg-Vorpommern, Verbier, Gezeitenkonzerte, Kultursommer Nordhessen, Auvers sur Oise, Colmar, as well
as others.

Lilit’s debut CD was released in 2012 and featured works by Scarlatti, Schumann, Bartok and Khachaturian (DiscAuvers). In 2017 & 2018, a further two chamber music recordings were released to critical acclaim; the first with violinist Sarah Christian (Genuin) and the second with violist Hiyoli Togawa (Naxos).

In 2008, Lilit received the prestigious Culture Prize of President of Armenia in 2008 and has also been prizewinner of several international and national competitions.

During her years of studies Lilit has been supported by various foundations Deutsche Stiftung Musikleben, Safran, Horst-Rahe and the Keyboard Charitable Trust. She has also won a Scholarship from Yamaha Music Foundation of Europe.