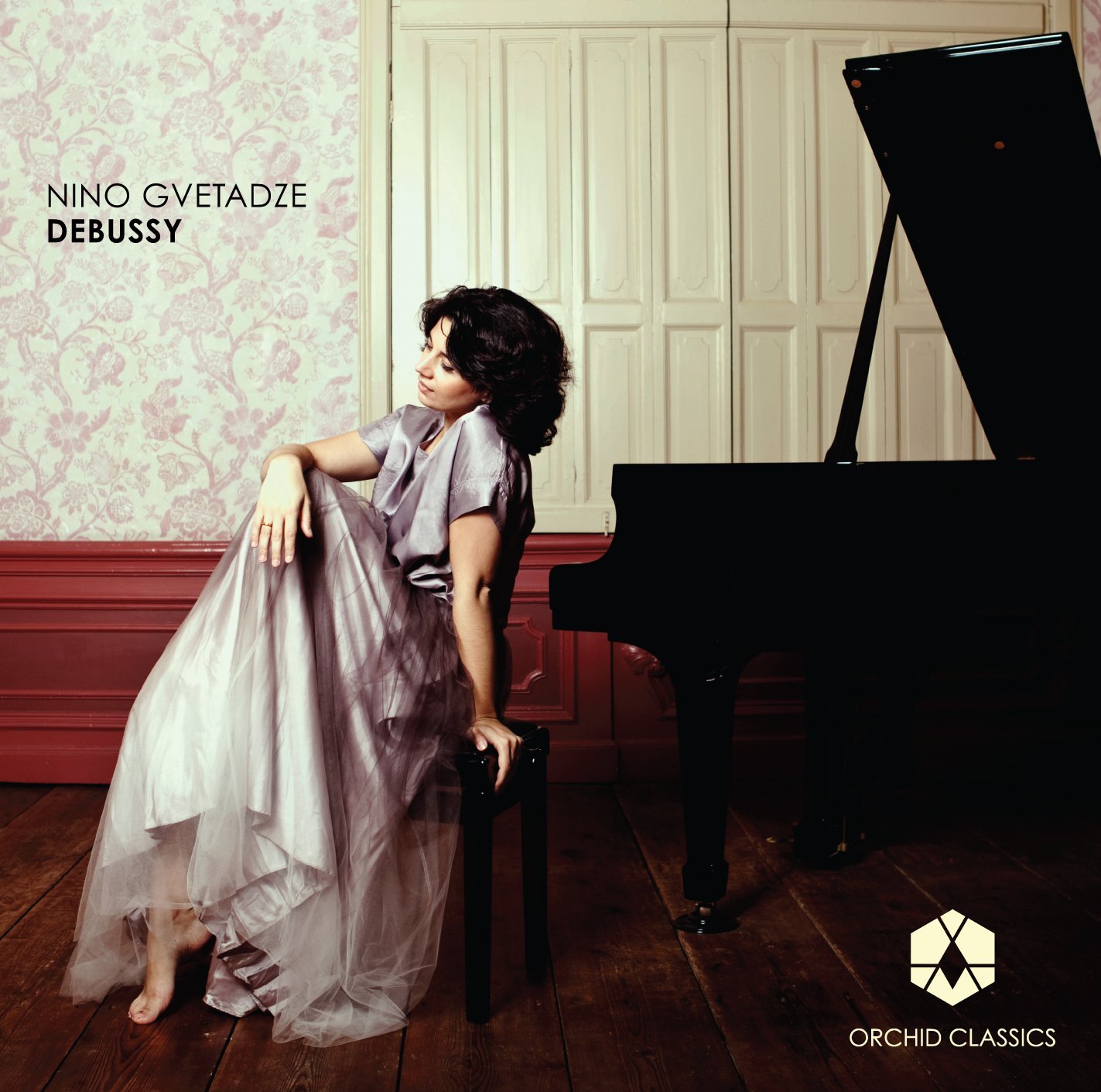 I have been waiting for the moment to record Debussy’s music for some time. While playing his pieces I had the urge to keep playing, to keep discovering the colours, the touch, almost trying to reach for a perfection, which of course is not possible; and the further I went, the deeper I looked, I kept discovering endless possibilities for fantasy, and the images flew one after another into my head.

I did not want my next CD to be just the next CD; I wanted to do something useful and as we are often discussing the lack of classical music education among children and young people, I decided to do something about it from my side and organized workshops mostly for children, but also for adults.

I decided that the best way for me to awaken musical interest in children, to really lead them through music, was via drawings, so I asked them to close their eyes, to listen to the sound, rhythm, harmony, melody and imagine what would it look like if this piece was a drawing or a painting. Debussy’s music was perfect for this project, as he gives you endless space for imagination. The result was unexpected even for me, the enthusiasm that I saw in my young public’s eyes and the range of fantasy was truly amazing.

Born and raised in Tbilisi, Nino Gvetadze studied with Veronika Tumanishvili, Nodar Gabunia and Nana Khubutia. After her graduation Nino moved to the Netherlands to study with Paul Komen and Jan Wijn. Nino has received various awards, including Second Prize, Press Prize and Audience Award at the International Franz Liszt Piano Competition 2008. She received the prestigious Borletti-Buitoni Trust Award 2010.

Nino Gvetadze has performed with many outstanding conductors such as Michel Plasson, Yannick Nézet-Séguin, Michel Tabachnik, John Axelrod and Jaap van Zweden and with the Rotterdam, The Hague, Brussels, Seoul and Netherlands Philharmonic, Bergische and the Rheinische Philharmonie amongst others. She has toured with the Mahler Chamber Orchestra, Kammerakademie Potsdam and Amsterdam Sinfonietta.

Nino has given various recitals all over the world, including Hannover (PRO MUSICA Preisträger am Klavier-Zyklus), Bayreuth, the Concertgebouw Amsterdam, with Jean-Yves Thibaudet at the Spoleto Festival, Lucerne Piano Festival, Bunka- kaikan Hall Tokyo and twice at the Festival Piano aux Jacobins (Toulouse).

Nino’s repertoire stretches from Bach, Mozart and Beethoven to Chopin, Liszt, Rachmaninov and further to contemporary music. Most of the selected pieces are very virtuoso and demanding, but in her interpretation Nino always brings forward its poetry and characteristic colours. The St.Gallen Tagblat wrote: “absolutely thrilling” about her performance of Tchaikovsky’s 2nd Piano Concerto and “Poetry and Phantasy dominated indefatigably over the pure brilliance.”

Concertonet wrote : “Schubert’s Wanderer Fantaisie was expressed with a total and admirable knowledge of the architecture of the score, enthralling with an outstanding feeling for timbre and colour.”

Nino plays on a Steinway Grand Piano, kindly lent to her by the Dutch National Music Instrument Foundation.

“… a born pianist, gifted with ability to speak to the heart”
(Dutch NRC Handelsblad)