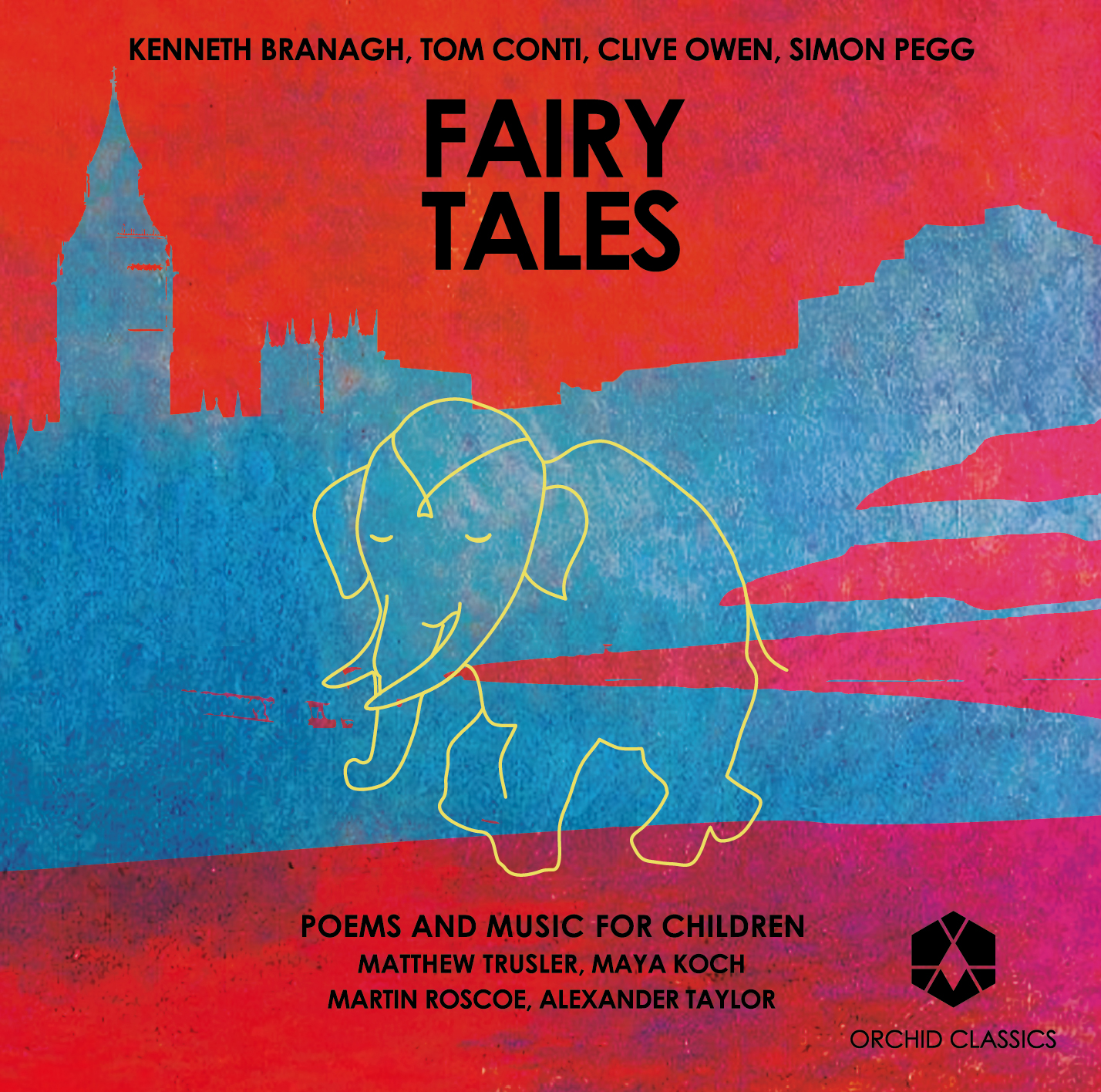 THE MIRROR (A. A. Milne) read by Tom Conti
The Swan (Camille Saint-Saëns)

IN THE DARK (A. A. Milne) read by Clive Owen
Nocturne (Frédéric Chopin)

Not one, but FOUR illustrious actors – Kenneth Branagh, Tom Conti, Simon Pegg and Clive Owen – have donated their services for a disc featuring some of our best-loved children’s poetry together with wonderful and fun pieces of classical music, in aid of the Lenny Trusler Children’s Foundation.

Also performing on the album are some of our favourite musical stars: Matthew Trusler, Martin Roscoe, Maya Koch and Alexander Taylor. The disc promises to be a real highlight of 2013 for all fans of children’s literature.

“This really is a lovely project, and I couldn’t be happier to be involved. I hope everyone will buy this album for all the children they know, and support the Lenny Trusler Children’s Foundation with their efforts to help very ill babies.”

The project was devised by musicians Matthew Trusler and Maya Koch in order to raise funds for the charity they started in memory of their late son, Lenny. The violinists have collaborated with a range of performers in recent years, raising funds through musical projects: in 2010 the Lenny Trusler Children’s Foundation hosted a gala event in London featuring over twenty artists; including comedian Michael McIntyre, Tom Conti and the Belcea Quartet.

“This album has been five years in the making and is by far the most personal project I’ve ever been involved in, and that which I am the most proud of. It has been put together purely out of a wish to make the most beautiful album we could for children and their parents to listen to over and over again. I’m so excited that we have persuaded such huge names from the worlds of movies and music to take part in this, and I hope that anyone who hears it will feel the amount of love that has gone into making it from all those who took part.”

The recording features some of the greatest and most memorable of children’s literature: including works by Roald Dahl, Edward Lear, Lewis Carroll, Spike Milligan and AA Milne. New musical recordings will also feature, such as the Cinderella Suite by Prokofiev, Children’s Corner by Debussy, Danse Macabre and The Swan by Saint-Saëns – music that will be loved by children and adults alike.

‘This makes bedtime so much more fun for parents and kids’ – ‘Disk of the Week’ (Norman Lebrecht, Sinfini Music)