Carl Reinecke was technically a Dane, born in Altona, until 1864 a town under Danish rule. He studied with his father, Johann Peter Rudolph Reinecke, a music teacher. Carl began to compose at the age of seven, and his first public appearance as a pianist was when he was twelve years old. In 1846, Reinecke was appointed Court Pianist for Christian VIII in Copenhagen. There he remained until 1848, when he resigned and went to Paris. In 1860, Reinecke was appointed director of the Gewandhaus Orchestra concerts in Leipzig, and professor of composition and piano at the Conservatorium. He led the orchestra for more than three decades, until 1895. He conducted premieres such as the full seven-movement version of Brahms’s A German Requiem (1869).

Reinecke wrote his Flute Concerto in 1908 at the age of 84 for Maximilian Schwedler, the Principal flautist with the Gewandhausorchester Leipzig. Being rather unfamiliar with the new and more modernistic ways of composing, Reinecke’s writing was still influenced by Mendelssohn and Schumann. The concerto is full of sentimentality, but it also calls for a very virtuosic player, giving the soloist every possibility to demonstrate his technical abilities.

Jacques François Antoine Ibert was a French composer, who studied violin and piano from an early age. He attended the Paris Conservatoire and won its top prize, the Prix de Rome at his first attempt, despite his studies being interrupted by his service in World War I.

Ibert has been described by some as musically conservative because of his continued dedication to elements of the classic French tradition of Saint-Saëns and Fauré, but he was also profoundly influenced by the abundance of artistic philosophies circulating around Paris during his formative years. This is seen in his best-known pieces: Divertissement, for small orchestra is lighthearted, even frivolous, and Escales (1922) is a ripely romantic work for large orchestra.

In my concertos I have allotted the instruments the types of themes which correspond to their particular tone qualities and respect their expressive possibilities. This statement of Jacques Ibert’s certainly applies to his Flute Concerto, written over the years 1932-1933. The work was dedicated to Marcel Moyse, who was the featured soloist in its 1934 premiere performance under Philippe Gaubert’s direction.

Both Moyse and Gaubert, incidentally, were students of the great French flautist and teacher Paul Taffanel, for whom many of the greatest French flute works were written. The Ibert piece is a true tourde-force that showcases the instrument’s expressive possibilities as the composer intended, making it one of the most beloved, and most difficult in the flute repertoire.

Carl Nielsen (1865-1931) had a close relationship with the musicians of the Copenhagen Wind Quintet, whose musicianship and artistic powers he admired. His Wind Quintet, written for the group, has become a cornerstone in the chamber music repertoire for winds. He promised the members of the group he would write a concerto
for each member, which was at the same time a musical portrait of each individual. The Concerto for flute and orchestra for the flautist Holger Gilbert-Jespersen (1890-1975) was the first one, but unfortunately Nielsen’s poor health allowed him to complete only one more concerto before his death, the Clarinet Concerto, for the
groups clarinetist, Aage Oxenvad, which he completed in 1928.

The Concerto for flute and orchestra (FS 119) was written for Holger Gilbert-Jespersen in 1926. Due to illness Nielsen’s work on the piece was delayed and he had to make up a temporary ending for the premiere, which took place in Paris. The concerto, in two movements, was well received, and the flute concerto has become part of the international repertoire.

Besides its solo flute, the concerto is scored for double woodwinds, bass trombone, timpani and strings. The work is generally neoclassical in style, but includes only two movements instead of the more usual three.

The first movement Allegro moderato varies between D minor, E-flat minor and F major. Solo passages, dialogues between solo flute and orchestra, and a clarinet and bassoon conversation characterize the music. After an unexpected bass trombone disruption, the flute reappears with a cantabile theme in E major. Much of the content of this movement resembles chamber music between the flute and various instruments. Nielsen describes the opening of the 7-minute second movement as having “a little nastiness in some notes cast forth by the orchestra, but the atmosphere quickly relaxes again, and, when the solo flute enters, it does so with childish innocence.” The bass
trombone introduces a final series of playful slides, bringing the work to an end.

Sébastian Jacot, born in Geneva in 1987, started playing the flute at age eight. Studies with Isabelle Giraud led him to the Conservatoire Supérieur de Musique de Genève, where he was accepted at age 15 and continued his studies with Prof. Jacques Zoon. In 2010 he obtained his Pedagogy and Soloist diploma with Distinction.

Sébastian Jacot has received First Prize in 2002 and 2004 at the Youth Swiss Music Competition, in 2005 he was named Soloist of the Year by the “Jmanuel und Evamaria chenk Stiftung” and in April 2013 he won First Prize and Audience Award at the famous Kobe International Flute Competition. In 2014 he won another First Prize and also Best Danish Interpretation of the Danish-commissioned piece at the 5th Carl Nielsen International Flute Competition. Chairman of the Jury, Pierre-Yves Artaud, described Sébastian Jacot: “He has all the qualities we were looking for. He has charisma, musicality, and technical prowess. I am so pleased that we have discovered this new talent”. A year after, in September 2015, he went on and took the First Prize at the ARD International Music Competition Munich with ease.

Mr. Jacot plays one of three cocus wooden Haynes made in 1999, a 14k custom-made golden Parmenon and a silver Miyasawa generously given by the President of the Arts Global, Heather de Haes.

David has a background as a violinist and concertmaster in several leading orchestras. He took his diploma in orchestral conducting at Prize at the Prokofiev International Conducting Competition 2008 in St. Petersburg.

He has an extensive repertoire and has premiered more than 20 orchestral works written by Nordic composers. He has also conducted several world premieres of operas and ballets, including works of composers Sven-David Sandström, Daniel Nelson, Marie Samuelsson and Moto Osada. As a guest conductor, he has worked in Iceland, Russia, Denmark, Norway and Finland.

From 2016, David has been appointed Chief Conductor of Livgardets Dragonmusikkår, the Swedish Band of Royal Lifeguards, in Stockholm.

Other future engagements include concerts with the Nordic Chamber Orchestra and the Royal Stockholm Philharmonic Orchestra.

With an internationally-renowned Chief Conductor, a praised Principal Guest Conductor, and 73 highly skilled musicians from 17 nations, Odense Symphony Orchestra has positioned itself internationally and contributes to the reputation of Odense and Denmark abroad. Together they create a rich sound, warm and yet clear, upon which the principal players shape the special character of the orchestra.

The Odense Symphony Orchestra ‘one of Denmark’s five regional orchestras’ was established in 1946, but its roots go all the way back to about the year 1800. From being a theatre orchestra that also played symphonic music the orchestra today is a continuously developing and expanding modern symphony orchestra with 73 permanent musicians and a high level of activity. Concerts and productions with Odense Symphony Orchestra vary in terms of size and genre: from symphony concerts, light classical and opera to
chamber music, children/youth concerts and crossovers.

The Odense Symphony Orchestra is based in Odense Concert Hall, which was inaugurated in 1982. Most of the orchestra’s concerts are given in the Carl Nielsen Hall, a concert hall with excellent acoustics, a seating capacity of 1,212 and a large 46-stop organ built by Marcussen & Son, one of the world’s leading organ builders.

The Russian Maestro, Alexander Vedernikov, was appointed Chief Conductor and artistic adviser of the Odense Symphony Orchestra in May 2009. As former music director of the Bolshoi Theatre in Moscow, Vedernikov has been credited with rebuilding the Bolshoi Theatre’s historical reputation for artistic excellence. Through his selection of
music and personal influence Vedernikov has had a great impact on the Danish orchestra’s artistic development.

Odense Symphony Orchestra performs concerts together with soloists representing the crème-de-la-crème of both Danish and international artists. Among others the orchestra presents Nikolaj Znaider, celebrated as one of the foremost violinists of today, Vassily Primakov, recently called “a pianist’s pianist”, and the Danish opera singer, baritone Bo Skovhus.

Carl Nielsen International Competitions were founded in the late 1970’s by Odense Symphony Orchestra’s then Chief Conductor, Karol Stryja and leader Peder Elbæk as well as by the City’s Mayor Mr. Verner Dalskov. In 1980 the first violin competition took place, and since then it has been held every four years. In 1997 and 1998 the disciplines
clarinet and flute were added to the Carl Nielsen International Competitions.

It was a dream for me to record these three amazing concertos and I am very excited to have had the chance to do it with the Odense Symphony Orchestra who did a fantastic job in a very short time with total commitment and great energy. I would like to thank David Björkman for his musical engagement, support and tasteful ideas as well as Mette Due, whose sharp ears and accurate judgment kept us on the right path. It was a great pleasure to make and record music with these wonderful people.

A big thank you also to the Nielsen Competition and to Nordic Artists Management who made everything possible.

I wish you happy listening.

“[Sebastian] has recorded the Nielsen Flute concerto in something very close to a perfect interpretation.” – Politiken, 4* 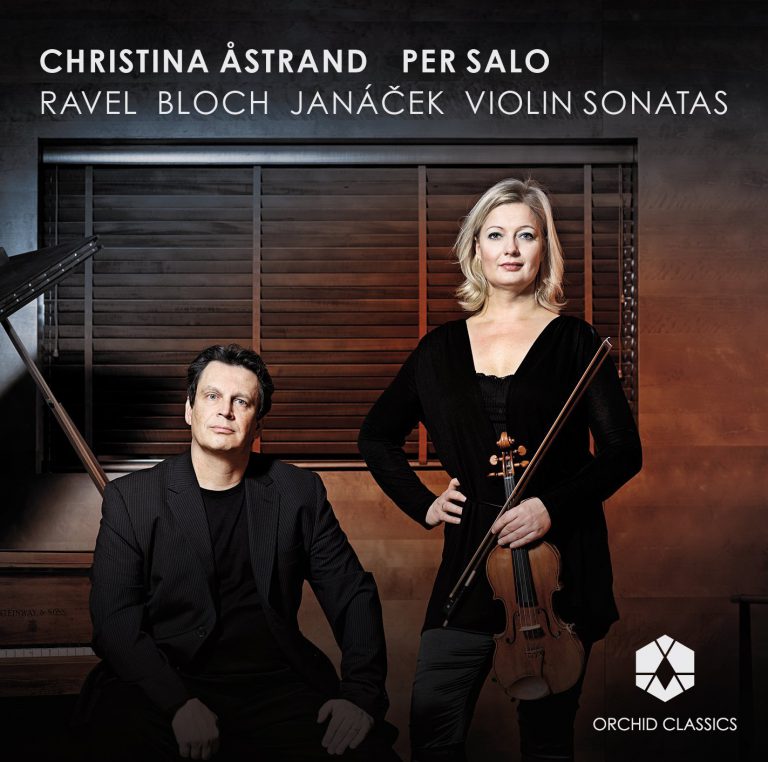 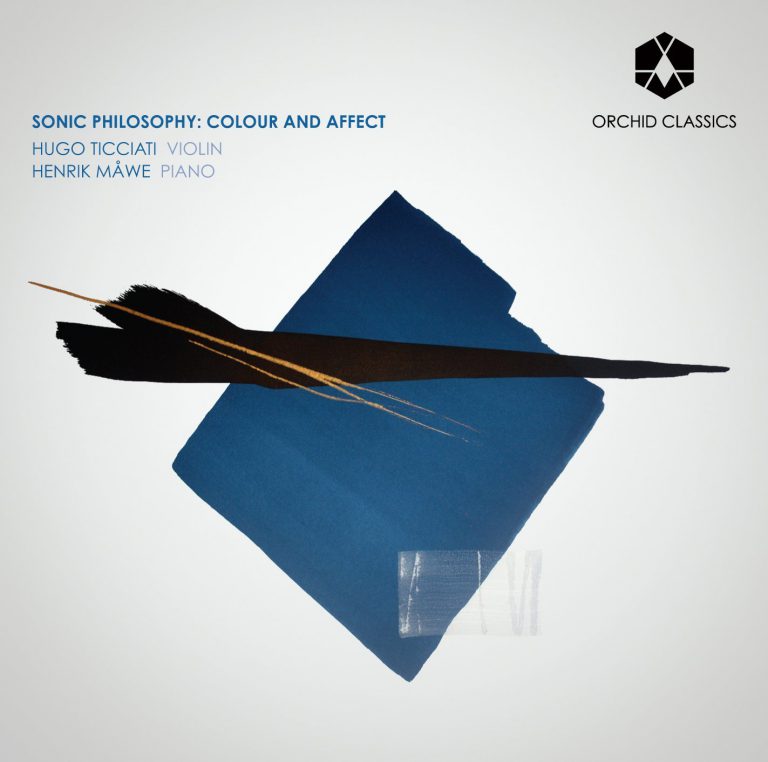