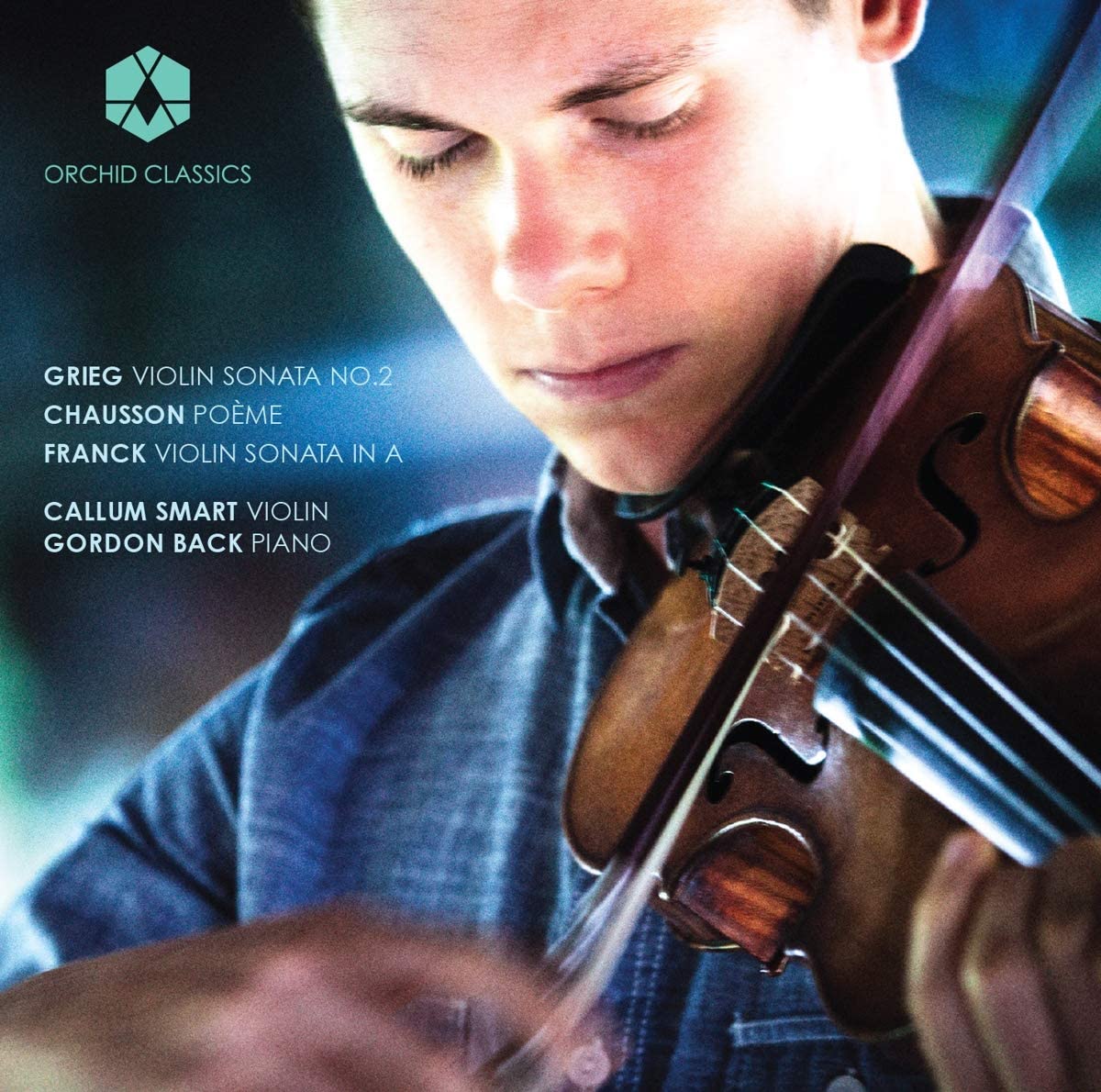 When the idea of recording my debut CD first arose I was extremely excited at the prospect of exploring a process which was completely new to me, and having the opportunity to choose and present some of my favourite pieces of music.

Chausson’s Poème has for many years now been a piece to which I have felt very emotionally attached and have always dreamt of playing and recording. Its wild, imaginative story line, combined with its challenging technical and musical difficulties, ensures plenty of food for thought!

The Grieg Sonata is one that I first learnt for the Menuhin Competition in 2010. After my performance of this piece, I was awarded the prize of a UK tour to be accompanied by Gordon Back, the Artistic Director of the competition; this was the first time we appeared together and the beginning of a regular partnership. From that moment onwards this work has been thoroughly engrained into our recital repertoire. Its use of Norwegian folk melodies, which charm us with their innocence and beauty, together with the sense of unity with nature that Grieg captures in all of his music, is, I think, particularly attractive.

The Franck Sonata is a work that every violinist should play at some stage – so I thought why not now! I immensely enjoyed recording this and it gave me a chance to explore all the colours and different sound worlds of the violin. This sonata is one of the most fulfilling works to play and takes both violin and piano on a fantastic journey, physically and mentally, and I am delighted that I have been given the opportunity to record my version of this great work.

Callum Smart attracted wide public attention at the age of 13 having won the strings category of the 2010 BBC Young Musicians Competition performing Mendelssohn’s Violin Concerto with the BBC National Orchestra of Wales conducted by Vasily Petrenko and broadcast on BBC 2 and Radio 3.

Also in 2010, Callum became the top European prize-winner in the Menuhin Competition in Oslo with his performance of Ravel’s Tzigane. He has since appeared at a number of European festivals including Les Sommets Musicaux in Gstaad with pianist Gordon Back, Mecklenburg Vorpommern with the Polish Chamber Orchestra, the Malmo International String Festival with Jonas Vitaud, the Menuhin Festival in Gstaad and the Dvorak Festival in Prague. UK recitals include the Cheltenham Festival, the International Lake District Summer Music Festival, Glasgow, Leamington Spa, Leeds, Manchester, Newport, Perth and London’s Wigmore Hall.

Callum began violin studies at the age of six and at nine became a student of Maciej Rakowski whose tutelage has continued alongside his studies at Chetham’s School of Music. Callum plays on a 1698 Antonio Stradivari violin generously loaned by J & A Beare Ltd.

Gordon Back’s distinguished career as a pianist has taken him to many continents of the world. His international reputation was established in 1978 when he played with Dong-Suk Kan in Alice Tully Hall, New York, to great critical acclaim. Since then he has travelled extensively throughout
Europe, Russia, USA, the Far East and, of course, Great Britain, performing and recording with artists such as Yehudi Menuhin, Nathan Milstein, Maxim Vengerov, Aaron Rosand, Josef Suk, Sarah Chang, Yo Yo Ma, Ko Iwasaki, Leonidas Kavakos and the Cleveland Quartet.

Gordon Back was born in Wales and studied piano and viola at the Royal Northern College of Music in Manchester. He was awarded the Lady Grace James Scholarship, which enabled him to take up his post-graduate studies in Italy, studying with Guido Agosti and Sergio Lorenzi. On returning to England he was one of the youngest ever appointed professors to join the faculty of the Guildhall School of Music (London) in 1974, where he was made head of the Department of Accompaniment in 1980. He received the honour of being made a Fellow of the Guildhall School in 1984.

Gordon Back has been official accompanist to major international violin competitions including the Carl Flesch Competition (London), the International Tchaikovsky Competition (Moscow), the International Violin Competition of Indianapolis (USA) and the Menuhin Competition (UK). His recordings include the Bach-Schumann Sonatas and Partitas for violin and piano with Jean-Jacques Kantorow (which received a French Grand Prix du Disque), the Schubert Arpeggione and Rachmaninov Cello Sonatas with cellist Daniel Lee (for Decca) and a series of CDs with clarinettist Emma Johnson (for ASV). In 2011 he recorded the complete works of Ernst with Josef Spacek.

Gordon Back gives regular master classes as guest professor in music colleges such as the Cleveland Institute of Music, Curtis Institute and the Royal Northern College of Music. In the summer he teaches in Courchevel, France and Valdres Festival, Norway. He is a jury member of the Vendome Prize, Artistic Advisor of the Hattori Foundation and in 2013 Artistic Director of the Gower Festival.

In 2002 he became the Artistic Director of the Menuhin Competition and has since channelled his creative energy into defining it as a unique international event. It was hosted in London 2004, France 2006, Cardiff 2008, Oslo 2010, Beijing 2012 and Austin, Texas in 2014. It now includes a major violin festival featuring all jury members as performers and provides an educational forum to all participants and visiting musicians.

‘… a constant blend of freewheeling rhapsody and musical purpose…’
(Tim Homfray, The Strad: The Strad Recommends) 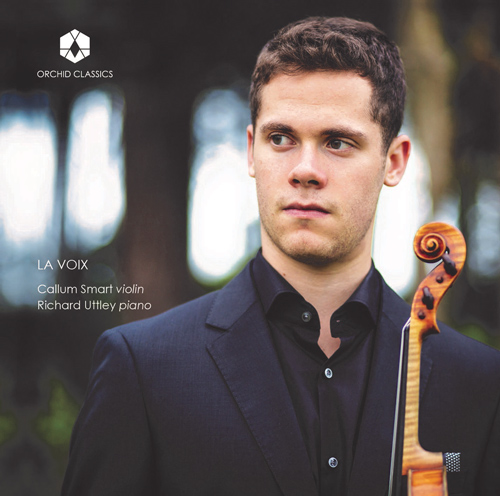