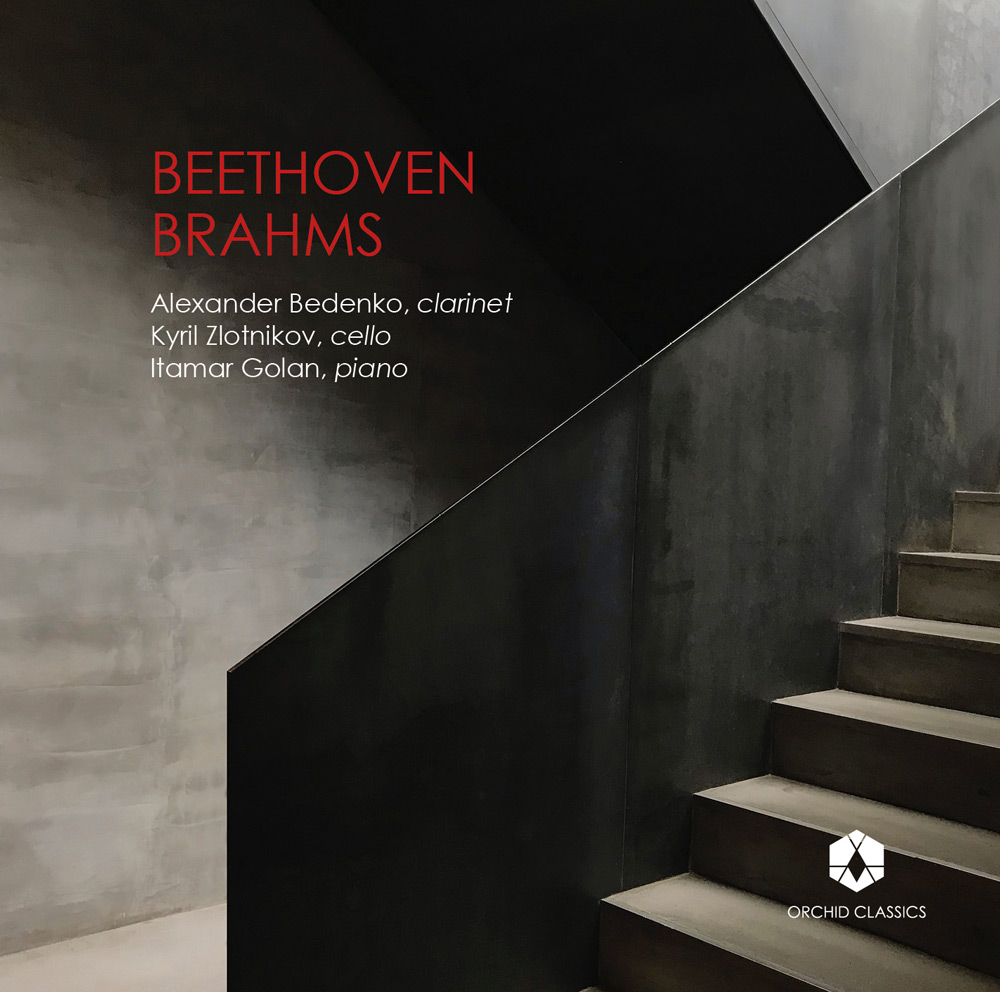 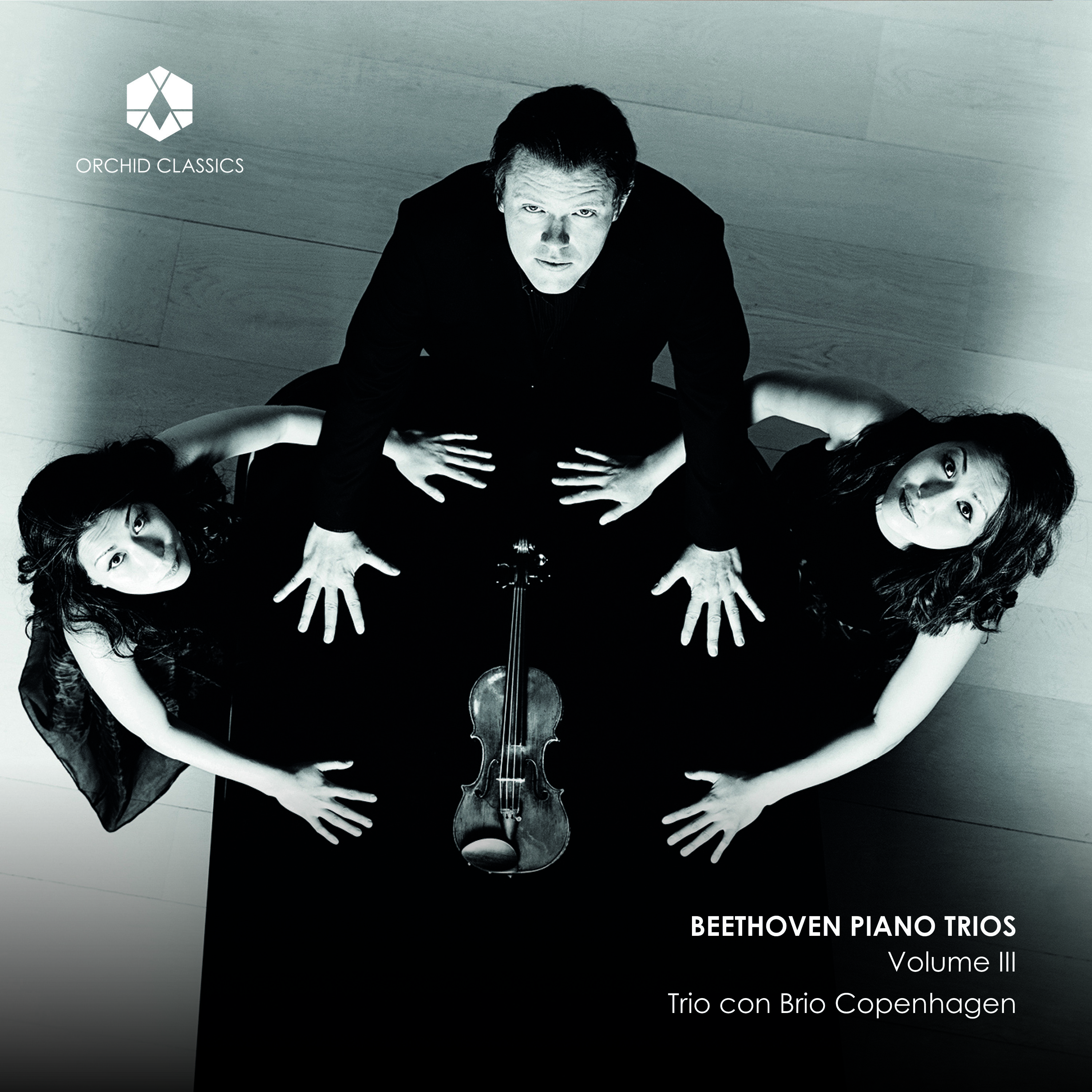 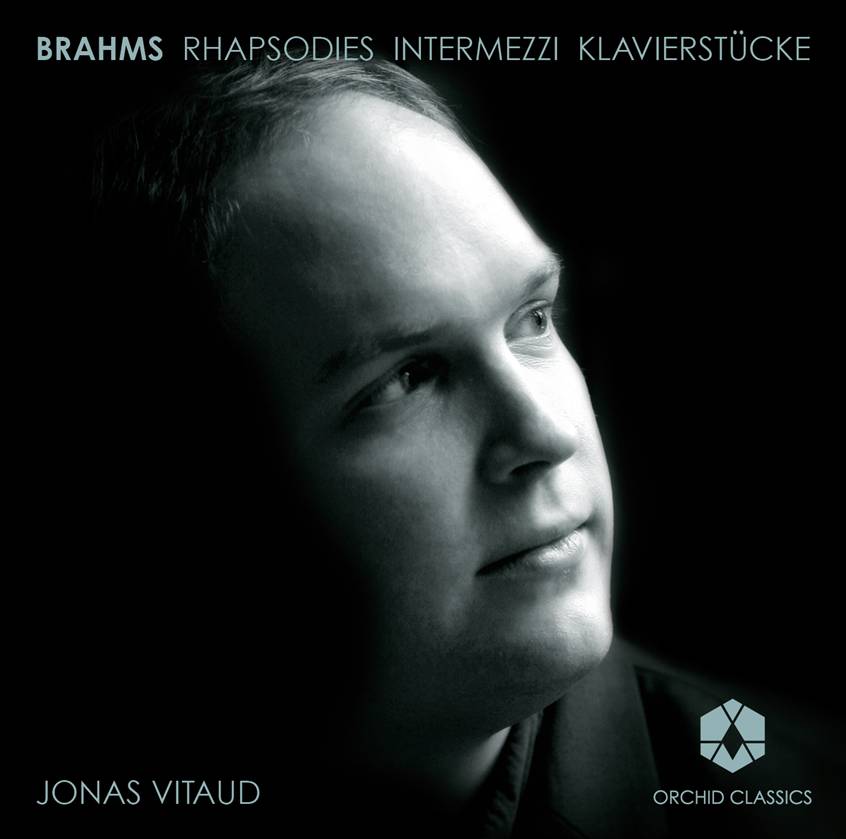 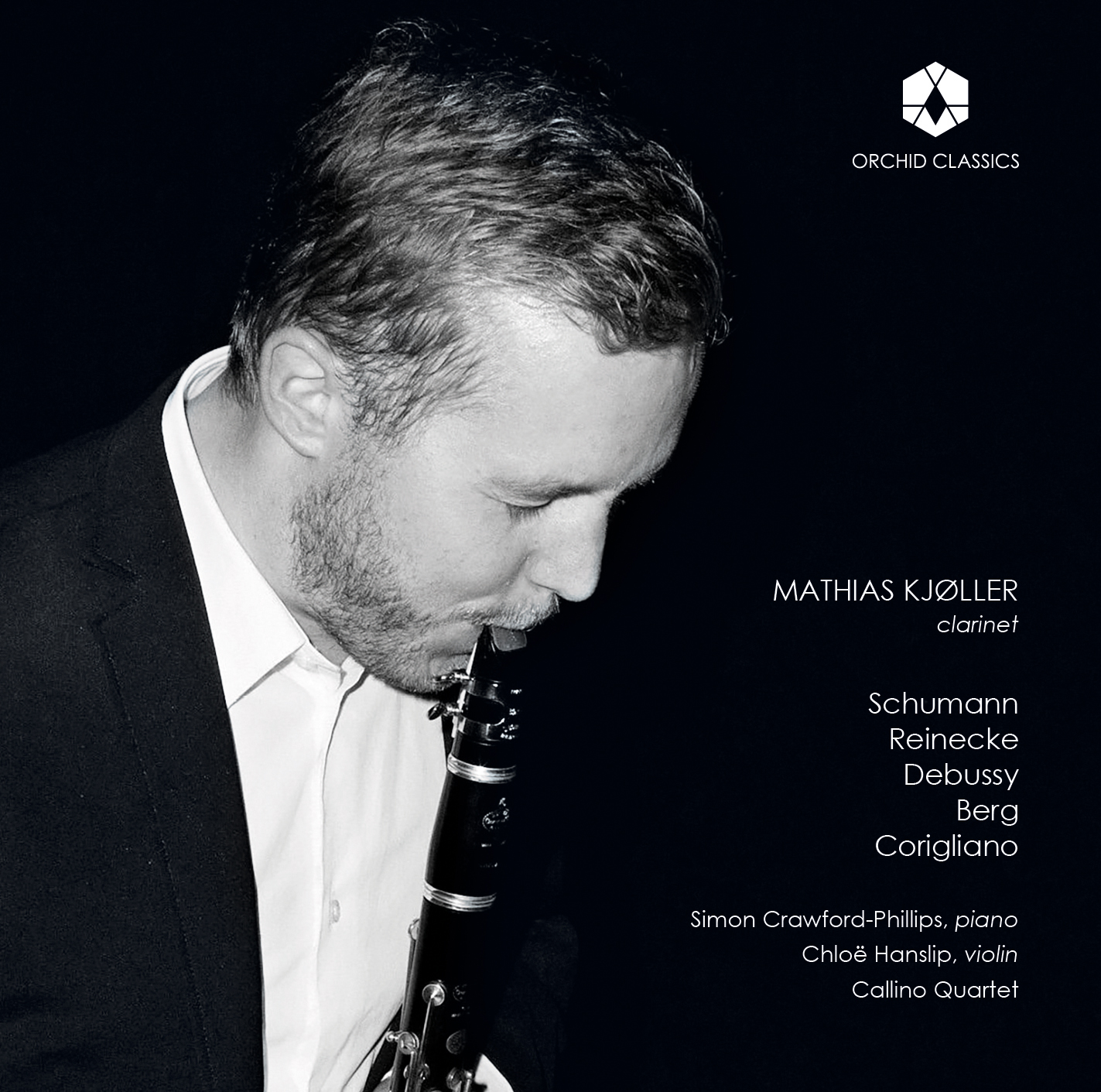 The story behind Beethoven’s Trio Op.38 takes us back to Vienna on the brink of the 19th century. There, in 1799, Beethoven’s career was beginning to flourish: his reputation as a pianist was gaining ground, he was in demand as a piano teacher, and he was beginning to embark on his first large-scale compositions. In 1800 he decided to hold his first ‘benefit concert’ (which at the time was understood to be for the benefit of the composer) on 2 April at Vienna’s Burgtheater. The programme included excerpts from Haydn’s new oratorio, The Creation, a Mozart symphony, Beethoven’s Symphony No.1, one of his piano concertos, and the Septet, Op.20, for clarinet, bassoon, horn, violin, viola, cello and double bass.

Beethoven wrote to his publisher after the concert that “this septet has truly delighted me”, but the work became a burden when its extreme popularity threatened to overshadow other, newer pieces. By 1815, when the Septet was first performed in London, Beethoven is said to have exclaimed: “That damn work: I wish it could be burned”. He even tried to deflect an over-enthusiastic audience member by claiming that the work had been written by Mozart.

Yet Beethoven was not above rearranging the Septet for what were probably financial and personal rather than purely artistic reasons, and in 1803 he reworked the piece as a Trio for clarinet, cello and piano, published as Op.38 in 1805. Beethoven knew that this was a winning combination, having worked with the same instruments for his Op.11 Trio of 1797. He was also pragmatic enough to allow both works to be played on violin instead of clarinet; Beethoven’s physician, Dr. Johann Schmidt, a violinist, and his daughter, a talented pianist, would have been joined by a local cellist to play the Op.38 Trio during their own private gatherings in Vienna. Beethoven dedicated his Op.38 Trio to Schmidt, and gave him exclusive rights to the score for a year.

When re-voicing the Septet to create the Trio, Beethoven reassigned much of the music originally for strings to the piano. The clarinet retains a significant portion of its material from the original work, while the Septet’s bassoon line, and some of its music for horn and for the cello itself, is refashioned to become the Trio’s cello part.

Beethoven’s Op.11 Trio is in the conventional three movements, but Op.38 reflects the Septet’s larger scale with its six-movement structure. There is an arresting Adagio introduction to the jovial first movement, followed by a lyrical Adagio cantabile in which the clarinet’s singing melodic contours have the quality of an aria. The third movement is all charm and genial conversation, leading into an elegant set of variations in which the transparent texture allows us to hear each instrument with great clarity. Beethoven includes a scherzo for his fifth movement; it is energetic without being frantic. The finale bears the influence of the variations from Clementi’s Piano Sonata in E flat, Op.23, No.3 (first published in 1790). It begins with a bold unison statement before the cello and piano unfold a rather enigmatic theme. The clarinet joins in and tension builds; but it all turns out to be a ruse, a tongue-in-cheek slow introduction of mock melodrama soon punctured by a movement of quick-witted brilliance and good humour.

In 1890, after completing his String Quintet, Op.111, Brahms decided to retire from composition. But then in March of the following year he visited Meiningen, where he heard the exceptional clarinettist Richard Mühlfeld performing Weber’s Clarinet Concerto and Mozart’s Clarinet Quintet. Brahms found his creative juices flowing once again and he was inspired to write four works for Mühlfeld: the Clarinet Quintet and Trio in the summer of 1891 and, in 1894, his last chamber works, the two Clarinet Sonatas.

Although the Clarinet Trio and Clarinet Quintet were written during the same burst of activity, they are quite different works. The Quintet is more frequently heard, but Brahms was just as proud of the Trio; it is darker in tone, taut and troubled, and although Mühlfeld inspired the work, all three instruments are active protagonists. During the outer movements the cello takes the lead, with the clarinet more prominent in the inner movements.

In the first movement, plangent cello writing and rich piano textures demand our attention alongside the clarinet’s melodic lines. The apparent calm of the sombre A minor theme is merely a smooth surface beneath which turbulent tides are churning; these undercurrents soon surface and continue to disrupt the rest of the movement, turning a gentler major-key theme over to the minor, and spilling over into a restless central section in which eerie scales become increasingly insistent and disturbing. When the opening section is reprised, Brahms discards the façade, omitting the calmer theme and launching instead into the stormier material. The romantic coda is in A major, but agitated scales prevent this from being an entirely cloudless resolution; Brahms creates a sense of anticipation for what comes next.

The Adagio opens with a long-breathed clarinet melody supported by the piano, into which texture the cello subtly slides. This is a movement of lyrical Romanticism in which three is never a crowd: clarinet and cello unfurl their intertwining melodies, sometimes supported by the piano’s chordal writing, at other times exchanging motifs in dialogue with the piano, with a more fragmentary central section. The movement is a masterpiece of trio writing, Brahms exploring the permutations of this combination with an ease which belies the challenges inherent in composing for such contrasting timbres.

Brahms regularly chose a middle path between the moderate minuet and trio, and the faster-paced scherzo ushered in by Beethoven. The third movement of the Clarinet Trio is an example of one of these mellow scherzo movements. Brahms allows the piano to come to the fore in writing reminiscent of his Piano Concerto No. 2, amid some bubbling clarinet writing and playful cello gestures, with a particularly sunny ‘trio’ section and serene coda.

In the concise finale Brahms plays with the time signatures of 6/8 and 2/4, enabling him to draw together both the agitated and the lighter, folk-like elements of the preceding movements. The unsettled atmosphere of the first movement is supplanted by something more controlled and purposeful, leading to a conclusion of defiant determination.

Alexander Bedenko, clarinet
The multi-award-winning clarinetist Alexander Bedenko is one of the most prolific artists of his generation and has performed with major conductors of leading orchestras, ensembles and festivals in the United States, Europe and Asia.

Born in Ukraine, into a family of musicians, Alexander Bedenko graduated from the prestigious Curtis Institute of Music in Philadelphia, where he studied clarinet with Donald Montanaro and chamber music with Pamela Frank, Peter Wiley and Joseph Silverstein.

Alexander Bedenko has won first prizes at the Moscow International Young Artist’s Competition in 1994, the Interlochen Center for the Arts “Concerto Competition” (1995-1996), the Grand-Prix and Laureate at the International Selmer Clarinet Competition in Kiev, (1999) and was a scholarship recipient of the “New Names” Charity Foundation, Vladimir Spivakov’s Foundation and the named scholarship of The President of Ukraine, from 1997-1999.

Mr. Bedenko has also been broadcast on television in France, Sweden, Romania, Russia, Ukraine and has been featured on RAI Radio Classica, on WQXR Radio (New York), WRTI Radio (Philadelphia), and the “Voice of America” in Washington D.C.

In 2007, Alexander Bedenko appeared together with Richard Stoltzman on a recording of the music of J.S. Bach for the RCA/BMG Japan label.

As an orchestral musician, Mr. Bedenko was invited by Riccardo Muti to perform as principal clarinet on a highly acclaimed European tour with the Chicago Symphony Orchestra (in 2014) and has also performed as guest principal clarinet with the London Symphony Orchestra, both at the Barbican Centre and on tour in Germany under the baton of Daniel Harding, with the Philharmonia Orchestra (London) and with the Cleveland Orchestra under the baton of Franz Welser Most.

From 2008 – 2018 Alexander Bedenko has served as a co-principal clarinetist with the Verbier Festival Chamber Orchestra, directed by Gabor Takacs-Nagy.

Alexander Bedenko plays on Selmer Signature clarinets and became a Selmer-Paris Artist in 2015.

Itamar Golan, piano
For more than two decades, Itamar Golan has been partnering the most outstanding instrumentalists of our time. His work has brought him great critical acclaim, and he is one of the most sought after pianists of his generation, playing on the most prestigious stages around the world.

Born in Vilnius, Lithuania, his family emigrated to Israel when he was a year old. There he started his musical studies and at the age of 7, gave his first concerts
in Tel-Aviv.

He was repeatedly awarded scholarships from the American-Israel Cultural Foundation which enabled him to study with Emmanuel Krasovsky and his chamber music mentor, Chaim Taub. Later under a full scholarship from the New England Conservatory of Boston, he was chosen to study with Leonard Shure.

Over the years, he has collaborated with Vadim Repin, Maxim Vengerov, Julian Rachlin, Mischa Maisky, Shlomo Mintz, Ivry Gitlis, Ida Haendel, Kyung Wha Chung, Sharon Kam, Janine Jansen, Martin Fröst, and Torleif Thedeen among many others. He is a frequent participant in many prestigious international music festivals, such as Salzburg, Verbier, Lucerne, Tanglewood, Ravinia, and has made numerous recordings for labels such as Deutsche Grammophon, Warner Classics, Decca, Teldec, EMI and Sony Classical.

In 1991, Itamar Golan was nominated to the faculty of the Manhattan School of Music, making him one of their youngest teachers ever. Since 1994, he has taught chamber music at the Paris Conservatory. He resides in Paris, where he is involved in many different artistic projects.

Kyril Zlotnikov, cello
Born in Minsk, Belarus to a family of professional musicians, Kyril Zlotnikov began his studies at the Belarusian State Music Academy with Prof. Vladimir Perlin. He continued his studies in Israel with Prof. Uzi Wiesel and Hillel Zori, completing his musical education under the direction of Prof. Michael Khomitzer in Jerusalem Rubin Academy of Music and Dance. While a student, Kyril Zlotnikov participated in master classes and courses with such prominent musicians as Isaac Stern, Yo-Yo Ma, Natalia Gutman, Boris Pergamenschikow, Aldo Parisot and Georgy Kurtag.

Since 1991 Kyril Zlotnikov has been a recipient of a scholarship from the America-Israel Culture Foundation, and won prizes in many contests including the Clairmont Competition, the Braun-Roger Siegl Competition, the Pierre Tarcali Prize.

He is a founding member of The Jerusalem Quartet, one of the most creative, dynamic and exciting young quartets currently performing. The musicians have been giving multiple performances all over the world and become Israel’s leading string quartet. Since 2002 the Jerusalem Quartet has recorded exclusively for Harmonia Mundi.

Along with his extensive chamber music appearances Kyril Zlotnikov has performed and been broadcast as a soloist with internationally renowned orchestras, such as the Israel Philharmonic Orchestra, Jerusalem Symphony Orchestra, the Ludwigsburg Symphony Orchestra, The Gulbenkian Orchestra, West-Eastern Divan Orchestra, Jerusalem Camerata and enjoys artistic collaboration with acclaimed conductors including Daniel Barenboim, Zubin Mehta, Lawrence Foster, Asher Fish and Simone Young. He has a wide repertoire covering the important cello works of the baroque, classical and romantic periods, as well as contemporary music.

Kyril Zlotnikov has served as a jury member for several international competitions, including the ARD International Music Competition in Munich 2016.

Among many recordings with the Jerusalem Quartet, Zlotnikov has recorded the complete Mozart piano trios with Maestro Daniel Barenboim and violinist Nikolaj Znaider. The two CDs were released by EMI in April 2006.

Kyril Zlotnikov plays a 1710 Giovanni Battista Ruggieri cello which was loaned generously to him from a private collection for life.