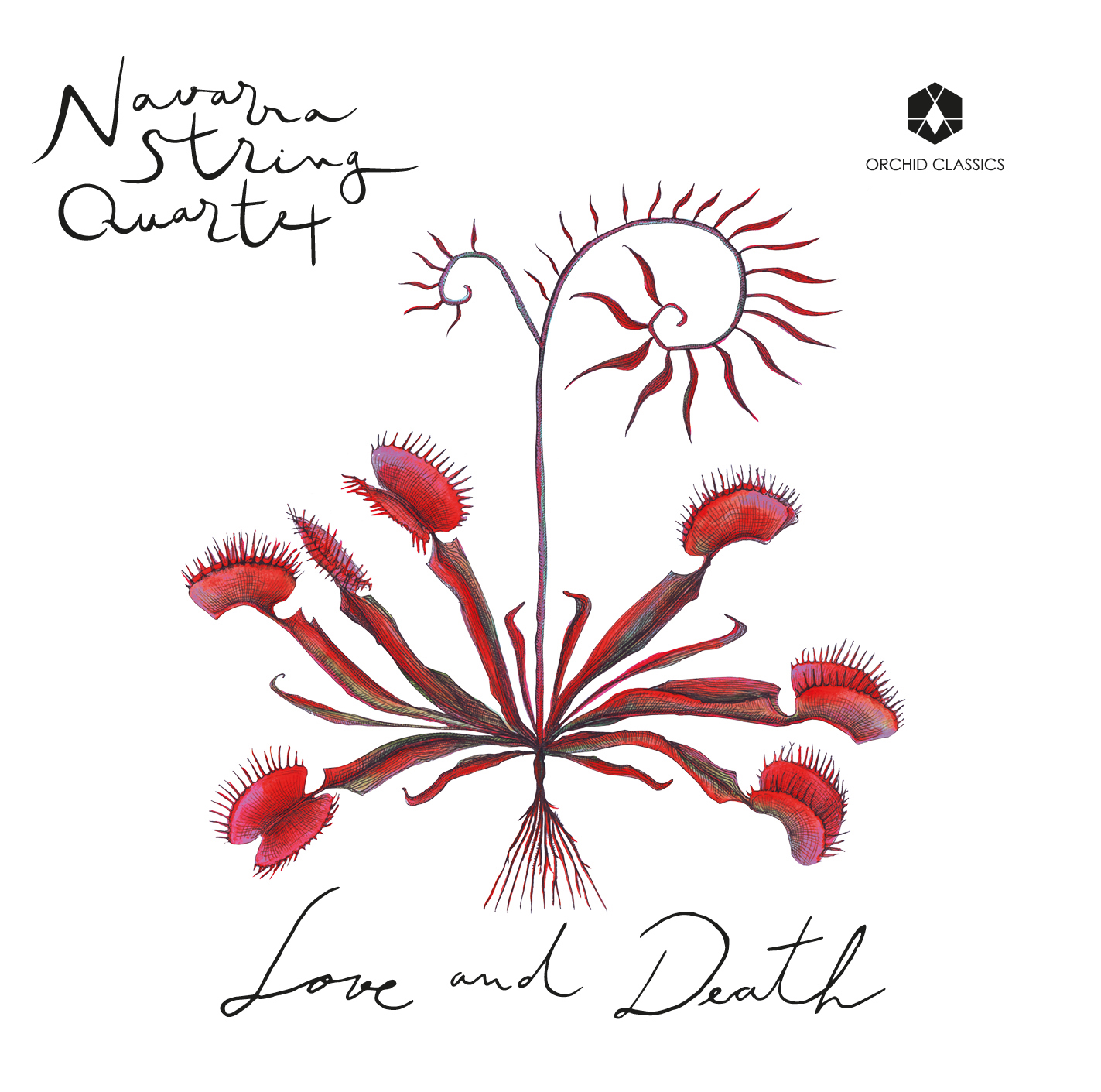 ‘Love and Death’ – an imaginary dialogue

The enigmatic theme ‘Love and Death’ reveals the confrontation of two of human nature‘s unknowns in the works of composers of genius. The seductive courting of the matador before a final paso doble with the bull, a bouquet of mourning flowers written overnight for a deceased friend, intoxicated love leading to an atrocious murder and, finally, Death as lover and saviour from the pain of his suffering bride.
Two little Kurtág bridges both work as mind cleansers before leading the listener to the next tableau, as well as being little jewels in themselves, posing more questions rather than providing answers.
Although all these masterpieces differ greatly, one may question whether it is the very nature of love and death which confers in them a common thread of eternity.

“The players realize the music’s essential intensity with their vivid sense of dramatic expression in an intensely detailed performance. ”
BBC Music Magazine, September 2009

Commended for poetic lyricism, haunting intensity and stylistic understanding, the British based Navarra String Quartet (NSQ) distinguishes itself as one of the leading ensembles of its generation. Taking its name from a bottle of red from the wine region famously known for its multi-coloured landscapes, the Quartet’s diverse cultural backgrounds are united in serving the music with relentless passion and commitment.

Highlights of the 2019/20 season include debut appearances at the Lincoln Center New York, Heidelberg String Quartet Festival and Stavanger Chamber Music Festival. Following a concert in Latvia for the anniversary concert of Pēteris Vasks, the Quartet is pleased to return to the Wigmore Hall and the Peasmarsh Chamber Music Festival. Previous appearances at major venues throughout the world include the Amsterdam Concertgebouw, Luxembourg Philharmonie, Berlin Konzerthaus, Sydney Opera House and international festivals such as Aix-en-Provence, Grachten, Schwetzinger, Rheingau, Mecklenburg-Vorpommern, and the BBC Proms. The Quartet has also toured extensively to Russia, the USA, China, South Korea and the Middle East.

NSQ enjoys sharing the stage with a variety of partners such as Tom Poster, Mark Simpson, Guy Johnston, Mathias Kjøller, Simone Young and the National Youth Orchestra of Great Britain. Beyond the versatile repertoire from di Lasso to Kurtág, the Quartet finds collaborating with contemporary composers highly nourishing. New commissions by Simon Rowland-Jones, Joseph Phibbs and Manuel Hidalgo are dedicated to the Navarra Quartet and featured in eclectically crafted programmes along with Beethoven and his contemporaries. Highly-acclaimed recordings include Joseph Haydn’s The Seven Last Words for Altara Records and a disc of Pēteris Vasks’ first three String Quartets for Challenge Records, which was recorded whilst working closely with the composer himself. The disc was described by critics as “stunning”, “sensational” and “compelling”, and was nominated for the prestigious German Schallplattenkritik Award.

Driven by the desire to explore new depths, the Quartet plays regularly to revered musicians such as Rainer Schmidt, Eberhard Feltz, Ferenc Rados and Gabor Takács-Nagy. They also enjoy teaching the next generation in masterclass and summer courses. NSQ was the Quartet in Residence at the Royal Northern College of Music and Associated Ensemble at the Birmingham Conservatoire. Selected for representation by the Young Classical Artists Trust (YCAT) in 2006, the Quartet is winner of the MIDEM Classique Young Artist Award, a Borletti-Buitoni Trust Fellowship and top prizes at the Banff, Melbourne and Florence International String Quartet Competitions.

In 2017, the prestigious Kersjes Prize in the Netherlands was awarded to NSQ, enabling the creation of many exciting and unique programmes, such as this very album.

The Quartet plays on a variety of fine instruments which include violins by Hieronymus (II) Amati, and Johannes Franciscus Cuypers, the latter generously on loan from the Nationaal Muziekinstrumenten Fonds in the Netherlands, a modern Marino Capicchioni viola, and a Giovanni Grancino cello made in Milan in 1698, generously on loan from the Cruft-Grancino Trust which is administered by the Royal Society of Musicians.

Since 2014, Navarra Quartet has been in charge of the artistic vision of the Weesp Chamber Music Festival, located in a charming historic city near Amsterdam.

“An absorbing collection… the Navarra’s insights have their own rewards, while the recording is a model of ‘quartet sound’.”
Gramophone

“…even the most darkly melancholic works are suffused with the light, expressive touch of the Navarra.”
BBC Music Magazine

“The Navarra Quartet describes this programme as an “imaginary dialogue”, and the unique, conversational rapport of these musicians draws the listener into their intricate musical world.”
Presto Classical

“A hugely enjoyable and rich recording and one which makes me want to see the Navarra Quartet perform live!”
ArtMuseLondon

“…this disc with its generous timing has much to offer the listener in the variety and quality of the works presented…there is no reason to hesitate.”
Music Web International 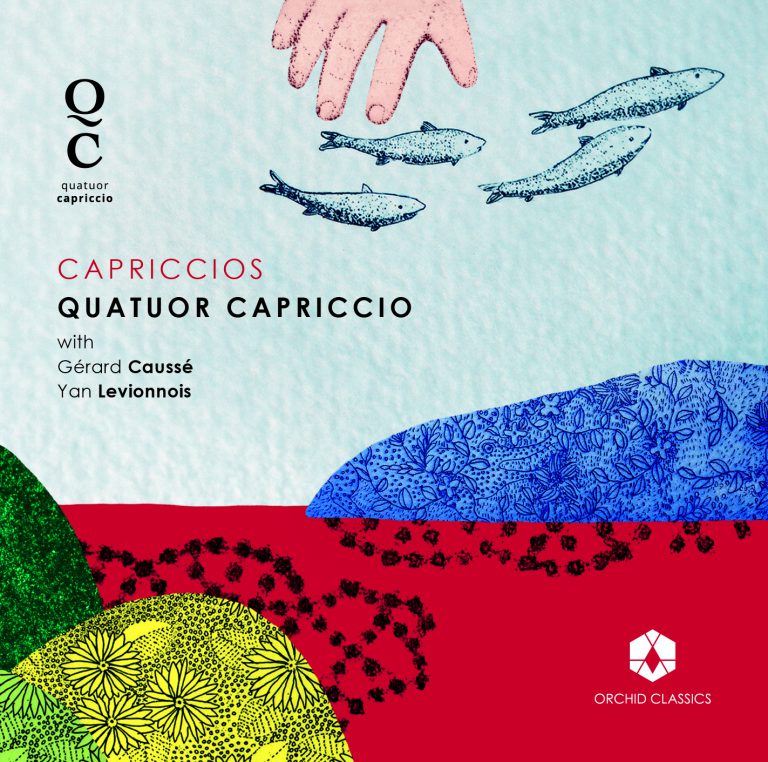