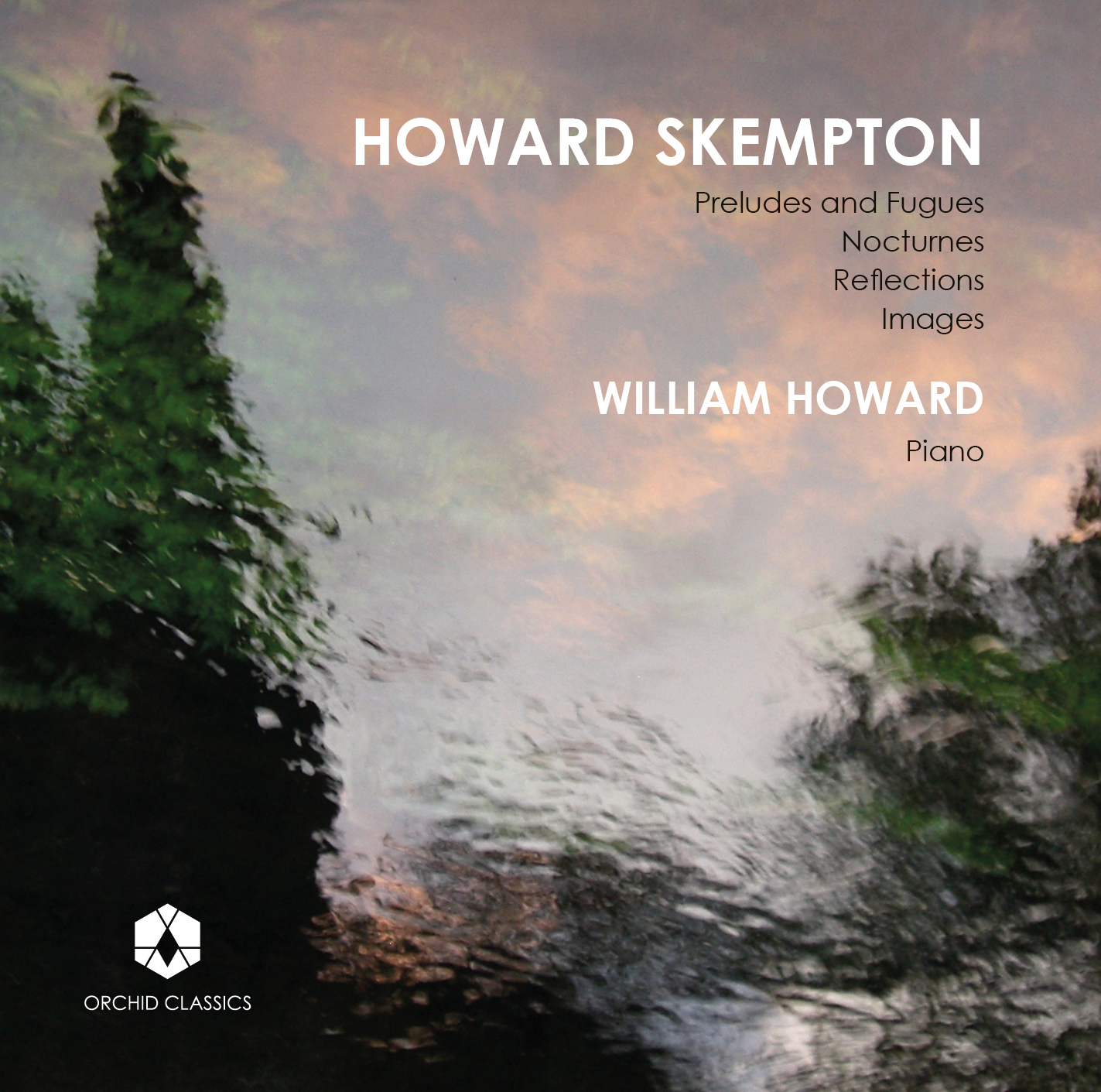 The Piano Music of Howard Skempton

I have loved and performed Howard Skempton’s music for over thirty years.
The magic of his piano pieces is that they look so simple on the page and yet are so engaging and effective in performance. It is not music that relies on virtuosity or complexity, but its apparent simplicity is deceptive. Behind every note there is an original musical imagination at work, combined with the finely tuned craftsmanship of a composer who knows exactly what he wants and what he is doing.

For the performer, the only time these pieces might ever seem easy is when you are sight-reading them. As soon as you start practising them the challenge begins. The music is distilled and pared down to itsessentials, which means that every note, chord and gesture must be perfectly calibrated. By writing minimal performance instructions Howard Skempton encourages performers to find their own way inside the music. This takes time and patience, but the process is hugely rewarding. Getting to know his pieces as a listener or performer can be like a kind of meditation that heightens your awareness of subtle details and unexpected changes.

Howard Skempton first mentioned the idea of writing 24 Preludes and Fugues for me in 2011 after reviewing my recording of Pavel Zemek Novák’s 24 Preludes and Fugues (recorded on Champs Hill CHRCD016). The idea for this recording came about when he completed them in May 2019. The musical languages of the two composers could not be more different, but both follow in the footsteps of JS Bach and Shostakovich with a completely original and idiosyncratic approach, using their cycles to explore new compositional ideas. The obvious companions for Howard’s new pieces were his Images and Reflections, which I have performed manytimes in the past. They have stood the test of time well and still sound as fresh and surprising as when I first got to know them.

I hope this recording will encourage other pianists to explore this wonderful repertoire. My thanks go to everyone who helped put this recording together and especially to the composer for his gentle guidance throughout the recording sessions.

Notes on the pieces

Thirty years separate Images (1989) and 24 Preludes and Fugues (2019). Each was a breakthrough. Between 1967 and 1989, nearly half of my acknowledged works were short pieces for solo piano. Many of these were in alignment with the Experimental tradition of John Cage, Morton Feldman, Terry Rileyand others, in attempting to strike a balance between immediacy and openness. From the first published piece, A Humming Song (1967), there was a need to use basic musical material (usually chordal) and somehow to focus it, and make sense of it.

If composing piano music has been an extraordinarily happy experience, it is because I am writing for friends and colleagues who somehow see beyond the simple surface of the music to reveal its character and potential. The first performers of my piano pieces were John Tilbury, Giancarlo Cardini, Peter Hill and Michael Finnissy. It was Michael Finnissy who introduced thefilm-maker, Barrie Gavin, to my music, prompting Barrie to offer me a commission. Barrie was the producer of a six-part television series entitled Images. Made by HTV West, it was shown on Channel 4 in 1989 to mark the 150th anniversary of the invention of photography. The aim was to complement the sequences of powerful, evocative photographs with music that both honoured stillness and supplied a necessary sense of momentum.

Images consists of twenty pieces: eight Preludes, eight Interludes, two “songs”, a short set of Variations, and a Postlude. The music was published by Oxford University Press in 1994, and performers have been imaginative in following the advice in the composer’s note: “The performer of Images is free to play any selection of pieces in any order.” John Tilbury chose to alternate Preludes and Interludes, and his pioneering performance can be heard on Well, well, Cornelius (Sony, 1996).

The sequence devised by William Howard for this album is delightfully individual. It begins with neither a Prelude nor Interlude, but with Song 2, which, unlike The Cockfight, uses an original tune. Three Interludes are heard near the beginning, but the order is surprising. An engaging balance of continuity and contrast is maintained throughout the set.

Images was composed within a few weeks, and many of the pieces, notably the Interludes, drew on techniques familiar from earlier pieces. The Preludes, however, broke new ground in using rhythmiccanon to enliven modal material. The use of canon has continued, and been developed, over the years; the 24 Preludes and Fugues would be nothing without it.

Only occasionally was an individual piano piece the response to a formal commission, but the Three Nocturnes were commissioned by the BBC, “as part of British Music Year, 1995”. They were written for John Tilbury, and I felt completely free to “be myself”. I remember saying about the first piece that I wanted to capture the atmosphere of “Ronnie Scott’s – after hours”. A jazzy feel is maintained in the second piece, and a repeated note, in the third piece, throws a syncopated tune into sharp relief.

The 24 Preludes and Fugues offered an exciting, quite different challenge. The form and scale of the work was decided at the outset. A gap in my composing schedule allowed just enough time to complete the cycle, though requiring the setting of tight limits. Each Prelude and Fugue would be confined to an A4 page. The Preludes would be relatively quick and strictly canonic; and accommodated on a single stave, though changes of clef would allow for freedom of movement within a four-octave range. The Fugues would be slower. Each Fugue would take its theme from the preceding Prelude, but in a form that allowed for rapid modulation to a point within striking distance of the “tonality” of the succeeding Prelude. The aim was to effect a seamless progression through the keys, the modally chromatic language taking themusic from C major to C sharp minor; and then to D major and E flat minor; and so on. The design for the last twelve Preludes and Fugues would be the reverse of that for the first twelve: C minor to C sharp major; to D minor; and so on.

In practice, these guidelines proved to be playful rather than restrictive. They were introduced to facilitate the process and to secure the delight of both composer and pianist in something like an unfolding narrative. A new Prelude and Fugue was delivered each week, though with increasing urgency as the date of the first performance (27th May 2019, in Hay-on-Wye) approached. Delivering thepieces one by one or, latterly, two at a time, made possible an extended period of familiarisation and consolidation. If the earlier pieces seemed to benefit most from this, seeming, in due course, like old friends, the later ones could be approached withsufficient understanding of the lie of the land. The image of landscape is useful. The landscape of these four collections of pieces is gently unpredictable. At the heart of the exploration is the musical note: its reality and its place in the scheme of things.

HOWARD SKEMPTON was born in Chester in 1947. He has worked as a composer, accordionist, and music publisher. Renowned for the distinctive clarity of his musical language, he has composed over 300 pieces, many of which are miniatures for solo piano or accordion. His orchestral and instrumental works have been recorded by, among others, the BBC Symphony Orchestra and Ensemble Bash.

More recent work includes a setting of Coleridge’s The Rime of the Ancient Mariner (premiered by the BCMG in December 2015) and a setting of DH Lawrence’s Man and Bat (premiered by Ensemble360 in Shefﬁeld  2017), both written for baritone Roderick Williams. Skempton has also recently written a Piano Concerto, commissioned by the BBC Scottish Symphony Orchestra and premiered by John Tilbury at the 2016 Tectonics Festival in Glasgow; and a new string quartet Moving On, written for the Brodsky Quartet and premiered at the Harrogate Music Festival in 2016. His recent choral works include a new setting of Ave Maria for the choir of Nottingham Cathedral and a set of Preces & Responses, premiered at New Music Wells by Wells Cathedral Choir in October 2017; and a sequence of settings of Viking texts, a commission from Nottingham Lakeside in 2019.

WILLIAM HOWARD is established as one of Britain’s leading pianists, enjoying a career that has taken him to over 40 different countries. His performing life consists of solo recitals, concerto performances, guest appearances with chamber ensembles and instrumentalists. In 1983 he founded the Schubert Ensemble, with which he performed for 35 years until its retirement in 2018. Winner of the 1998 Royal Philharmonic Society Award for Best Chamber Ensemble, the Schubert Ensemble earned a worldwide reputation as one of the finest piano and string ensembles, as well as setting up several ground-breaking educational projects and commissioning 50 concert works.

William Howard’s solo career has taken him to many of Britain’s most important festivals, including Bath, Brighton and Cheltenham, and he has been artist in residence at several others. He has performed many times at Wigmore Hall, the South Bank and Kings Place in London and has broadcast regularly for BBC Radio 3. For many years he has been invited to perform and teach at the Dartington International Summer School.

As soloist and chamber musician he can be heard on over 40 recordings, released by Chandos, Hyperion, ASV, NMC, Collins Classics, Black Box, Champs Hill, Nimbus and Orchid Classics. His recording of Dvořák Piano Works was selected in the Gramophone Critics’ Choice, and his recording of Fibich’s Moods, Impressions and Souvenirs won a Diapason D’Or award in France. His 2011 recording of Pavel Zemek Novák’s extraordinary 75-minute cycle of 24 Preludes and Fugues, described by David Matthews as “one of the finest piano works of our time” received a double five-star review in the BBC Music Magazine. His album Sixteen Love Songs, released in June 2016 on Orchid Classics, was selected as ‘Drive Discovery of the Week’ on Classic FM and was followed in 2018 by the release of Sixteen Contemporary Love Songs, featuring premiere recordings of specially commissioned pieces by composers such as Cheryl Frances-Hoad, Nico Muhly, Howard Skempton, Joby Talbot, Judith Weir and others.

He is passionate about 19th century piano repertoire, especially Schubert, Chopin, Schumann and Fauré. He also has a strong interest in Czech piano music, and has been particularly acclaimed for his performance of Janácek, for which he received a medal from the Czech Minister of Culture in 1986. He has commissioned new works throughout his professional career and has been involved in premieres of over 100 new works. Many leading composers have written several works for him over decades, including Piers Hellawell, David Matthews, Pavel Zemek Novák, Anthony Powers, Howard Skempton and Judith Weir. In 2016 he launched a project to commission love songs for solo piano from leading composers in the UK and abroad. He also set up an international composing competition for writing piano love songs that attracted over 500 entries from 61 countries. 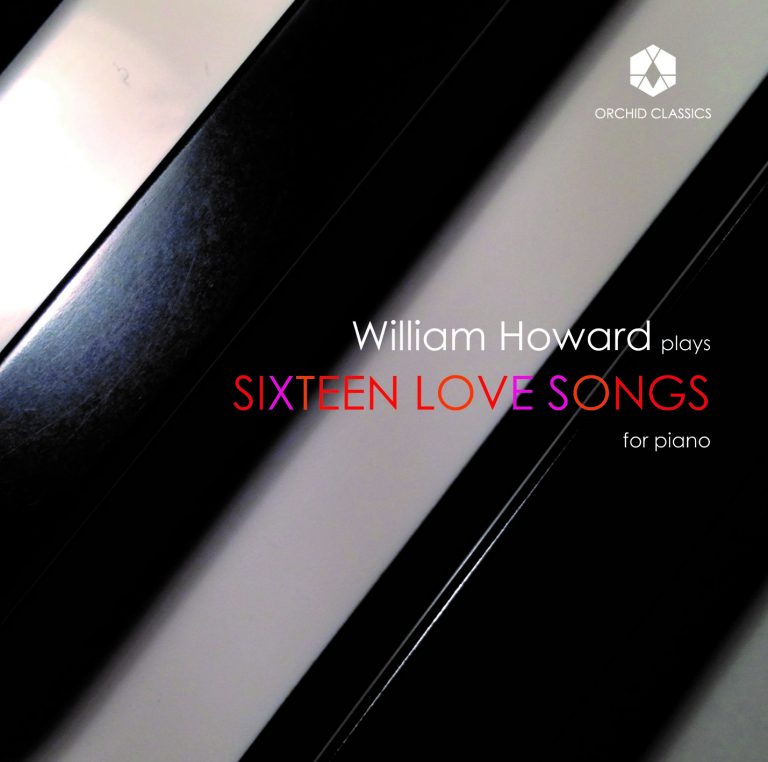