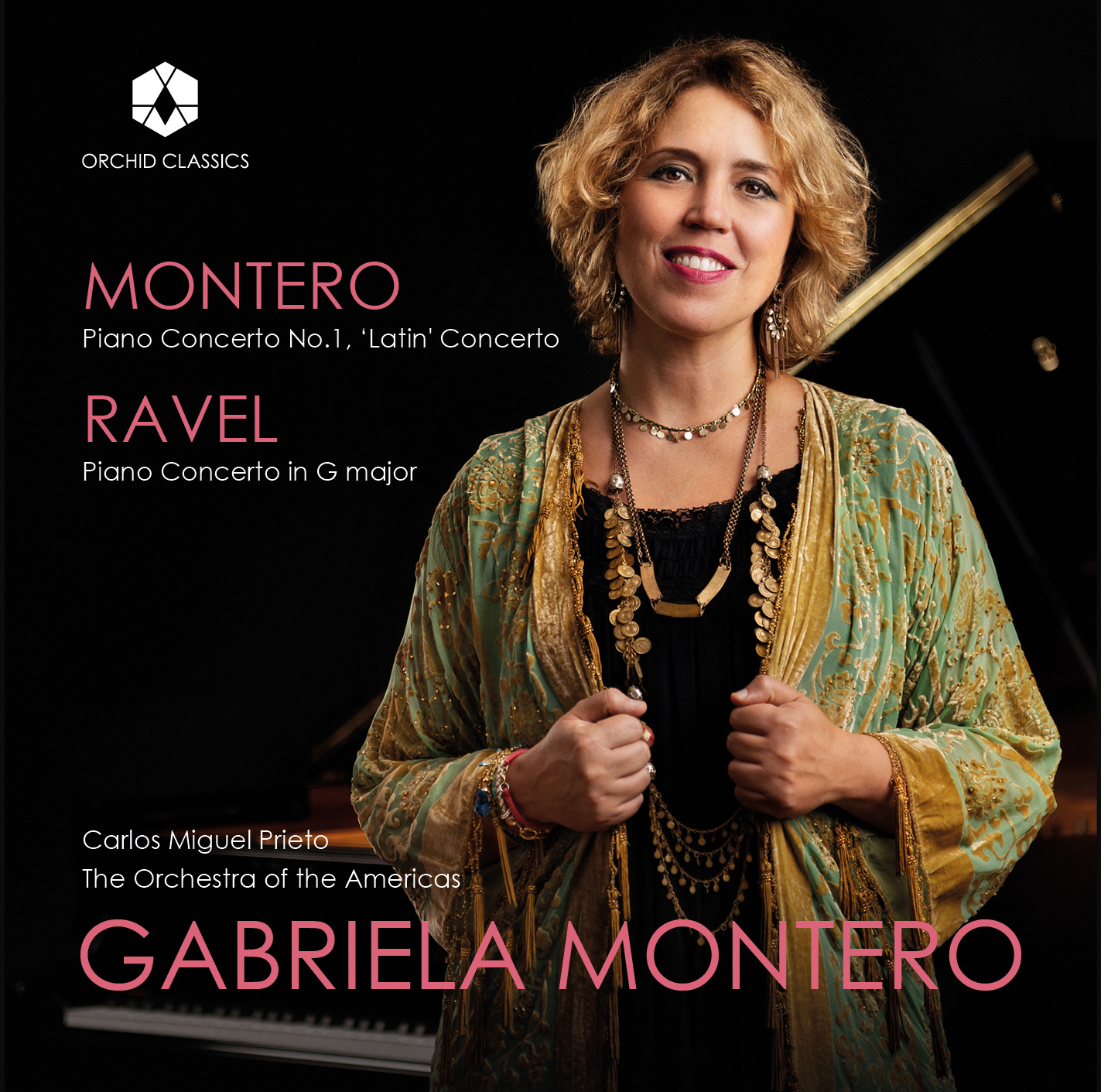 Gabriela Montero
The Orchestra of the Americas
Carlos Miguel Prieto

The Orchestra of the Americas

My story is a modern one, in many ways.

I was born and raised in Venezuela until the age of 8, at which point my family moved with me to the United States for a decade. I landed at the Royal Academy of Music in London in my early twenties. I am a globalized, Latin-American woman raised on a diet of European classical music with multiple, circumstantial side-dishes of Pan-American folklore.

I also consider myself to be a musician whose primary role is to tell stories that reflect the wide gamut of human experience across both time and geography. Every era and continent has its story to tell, however joyful or troubling, from Renaissance Europe to the contemporary Americas, and composers are well positioned not only to tell it, but to provide a unique form of social commentary.

The piano is my chosen instrument as a performer, but not my only narrative tool as a composer and communicator. It should come as no surprise, then, that my first concerto should be written for the piano as solo instrument, and that it should employ traditional, European musical structures to tell my contemporary story as a well-travelled Latin-American woman.

In a process of musical osmosis – a natural consequence of the globalized, interconnected world in which we now live – my Piano Concerto No.1, the ‘Latin’ Concerto, honours the musical traditions that have shaped me, while inviting the cultural idioms of my native continent to the concert halls of Europe and the wider world. European formalism and the informality of Latin-America’s rich, rhythmical identity merge in a complementary dance of both the joyful and macabre.

Writing my concerto, I set out to describe the complex and often contradictory character of Latin America, from the rhythmically exuberant to the forebodingly demonic. Unlike my previous work for piano and orchestra – the specifically Venezuelan polemic ‘Ex Patria’ (2011), a musical portrait of a country in collapse – the ‘Latin’ Concerto draws upon the spirit of the broader South American continent. For every suggestion of surface celebration, in the first-movement Mambo, for instance, there are undercurrents of disruption. The third-movement Allegro venezolano, which cites the well known Venezuelan Pajarillo, is interrupted at times by the dark arts of black magic, a symbolic reminder of the malevolent forces that, too often, hold our continent hostage to tyranny in its multiple guises.

Ravel’s Piano Concerto No.1 in G major invites the North American idiom of jazz to the musical feast. I can only begin to imagine how exciting it must have been for Ravel to embark on a four-month tour of North America in 1928, and to hear Gershwin in the jazz clubs of New York. The story goes that Ravel was so eager to learn the language of jazz that he enlisted Gershwin himself to teach him. “Better you be a first-rate Ravel than a second-rate Gershwin”, came the apocryphal response. Needless to say, Ravel learned plenty of somethin’ on that tour, and returned to Paris determined to fuse his love of the new American jazz and Basque folklore with his own disciplined, exquisitely-crafted, classical expressionism. The result is a piece that delights and moves me every time I play it, a pianist-composer’s bold exploration of multiple musical idioms and structures that I am thrilled to pair with my own South American offering on this recording.

I hope this creative project brings pleasure to all lovers of piano and orchestral music who hold the musical culture of the Americas – North and South – close to their hearts.

Gabriela Montero was born in Venezuela, where she made her solo debut at the age of five, and her concerto debut aged 8. After studying at the Royal Academy of Music in London and winning the bronze medal at the 1995 International Chopin Competition, Gabriela came to international prominence, playing with the world’s most prestigious orchestras and in the most celebrated concert halls, including the New York, Los Angeles and London Philharmonic Orchestras, the Chicago, Boston, Pittsburgh, Cleveland, Houston, Detroit and San Francisco Symphony Orchestras, the Philadelphia Orchestra, the Gewandhaus Orchestra, The Academy of St. Martin-in-the-Fields, the Zurich Kammerorchester, Wigmore Hall, the Berlin Philharmonie, Elbphilharmonie Hamburg, and Carnegie Hall.

Celebrated not only for her interpretations of the classical repertoire, Gabriela is a prolific improviser, composer and activist in the field of Human Rights, a portfolio of diverse disciplines that has led to a variety of appointments and awards. She has won a Latin Grammy for “Best Classical Album” (Orchid Classics) as pianist and composer for Ex Patria (2011), her composition protesting the collapse of Venezuela; two ECHO awards; two Grammy nominations; the Heidelberger Frühling Prize; a Rockefeller Award, and the Beethoven Prize for Music and Activism. Gabriela was invited to participate in the 2013 Women of the World Festival at London’s Southbank Centre, and was named the first Honorary Consul of Amnesty International in 2015. She has spoken and performed twice at the World Economic Forum in Davos, and has been recognised for Outstanding Work in the Field of Human Rights by the Human Rights Foundation for her ongoing commitment to human rights advocacy in Venezuela. In 2009, Gabriela was invited to play at the inauguration of US President Barack Obama. Her solo discography includes four solo albums on the EMI/Warner label, and two orchestral albums on the Orchid Classics label.

Musical America’s 2019 Conductor of the Year, Carlos Miguel Prieto is known for his charismatic conducting and dynamic, expressive interpretations, which have led to major engagements and popular acclaim throughout North America, Europe and beyond.

A passionate proponent of music education, Prieto has served as Principal Conductor of The Orchestra of the Americas from its inception in 2002, and was named Music Director in 2011. Prieto also works with Carnegie Hall’s NYO2, leading musicians aged 14-17 from across the United States.

A graduate of Princeton University and Harvard Business School, Prieto is a highly influential cultural leader as well as the foremost Mexican conductor of his generation. He has been Music Director of the Orquesta Sinfónica Nacional de Mexico since 2007. In 2008, he was appointed Music Director of the Orquesta Sinfónica de Minería. Having conducted over 100 world premieres of works by Mexican and American composers, Prieto is renowned for championing and commissioning the music of Latin American composers.

Prieto’s recordings include works by Bruch, Beethoven and Mendelssohn with violinist Philippe Quint and the Orquesta Sinfónica de Minería (Avanticlassic), and Korngold’s Violin Concerto, which was nominated for two GRAMMY Awards (Naxos).

In April 2018 Prieto was awarded an honorary Doctor of Music by Loyola University New Orleans.

Led by Music Director Carlos Miguel Prieto and Artistic Advisor Plácido Domingo, The Orchestra of the Americas is a pan-American symphony orchestra made of top musicians under the age of 30, representing 25 countries in the western hemisphere. The voice of a continent, 6000 prodigious musical contenders enter the orchestra’s annual audition process from Patagonia to Alaska, ranking it among the world’s most competitive academies. The orchestra’s mission is to empower rising musical leaders to transform lives and communities across the Americas and beyond.

The season centerpiece is a July-August residency and concert tour held each year in different regions of the world. Since its 2002 inaugural tour, the orchestra has performed more than 350 concerts across four continents, including at Symphony Center Chicago, Palacio de Bellas Artes Mexico, The Kennedy Center Washington DC, Teatro Colón Argentina, Sala São Paulo, The Oriental Arts CentreShanghai, The Edinburgh Festival, Basilica di San Pietro and other landmark venues throughout more than 40 countries. Hailed by Hamburger Abendblatt for ‘the most unforgettable performance in the history of the Elbphilarmonie’, the orchestra brings renowned artists – Yo-Yo Ma, Valery Gergiev, Philip Glass, Gabriela Montero and many more – into the lives of a new generation of musical leaders and diverse audiences from Carnegie Hall to the favelas of Rio de Janeiro, reaching millions through live performances, broadcasts, recordings and documentary films.

Gabriela Montero’s Orchid Classics recording with the orchestra of the Rachmaninov Piano Concerto No.2 and her own Ex Patria won the 2015 Latin Grammy Award for Best Classical Album.

‘Hold on to your hats!….a showcase here not only of [Montero’s] prodigious talents, but also those of the youthful musicians from The Orchestra of the Americas….’
FOUR STARS

‘….one thing is clear: this album is enormous fun….’
FOUR STARS

‘….Those having heard her rhapsody Ex patria (9/15) will appreciate Montero’s command creatively and executively, and her First Piano Concerto proves no less assured….’

‘This is the most viscerally exciting contemporary concerto I’ve heard, rivalling Stewart Goodyear’s Callaloo in terms of impact.’

The Arts Desk (read the review)

‘….she flies, scintillates and takes no prisoners….’

‘….Gabriela Montero is a life-affirmer….’

‘….Montero as a soloist thrills with temperament, pronounced playfulness and a naturally authentic interpretation….’ 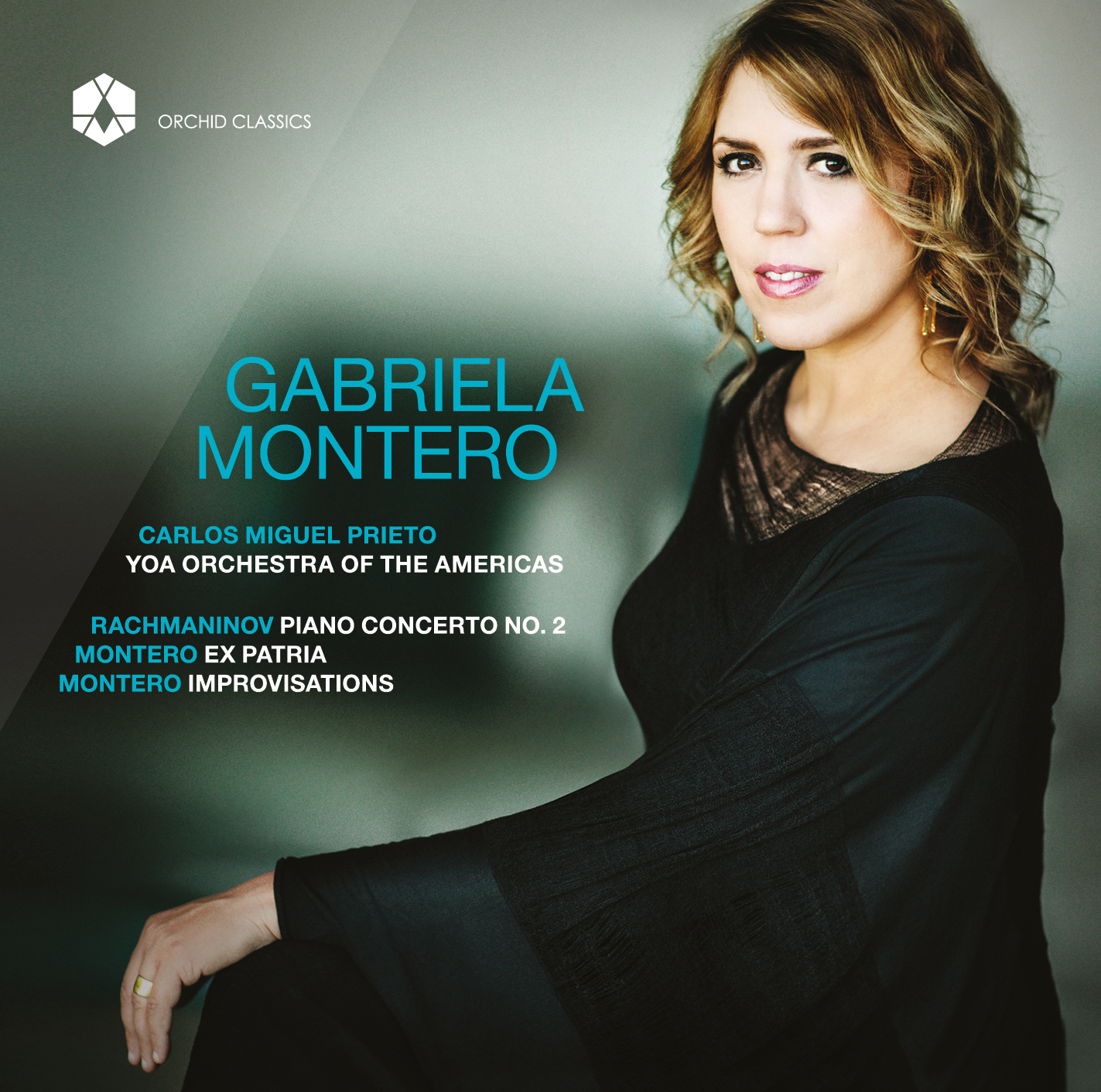