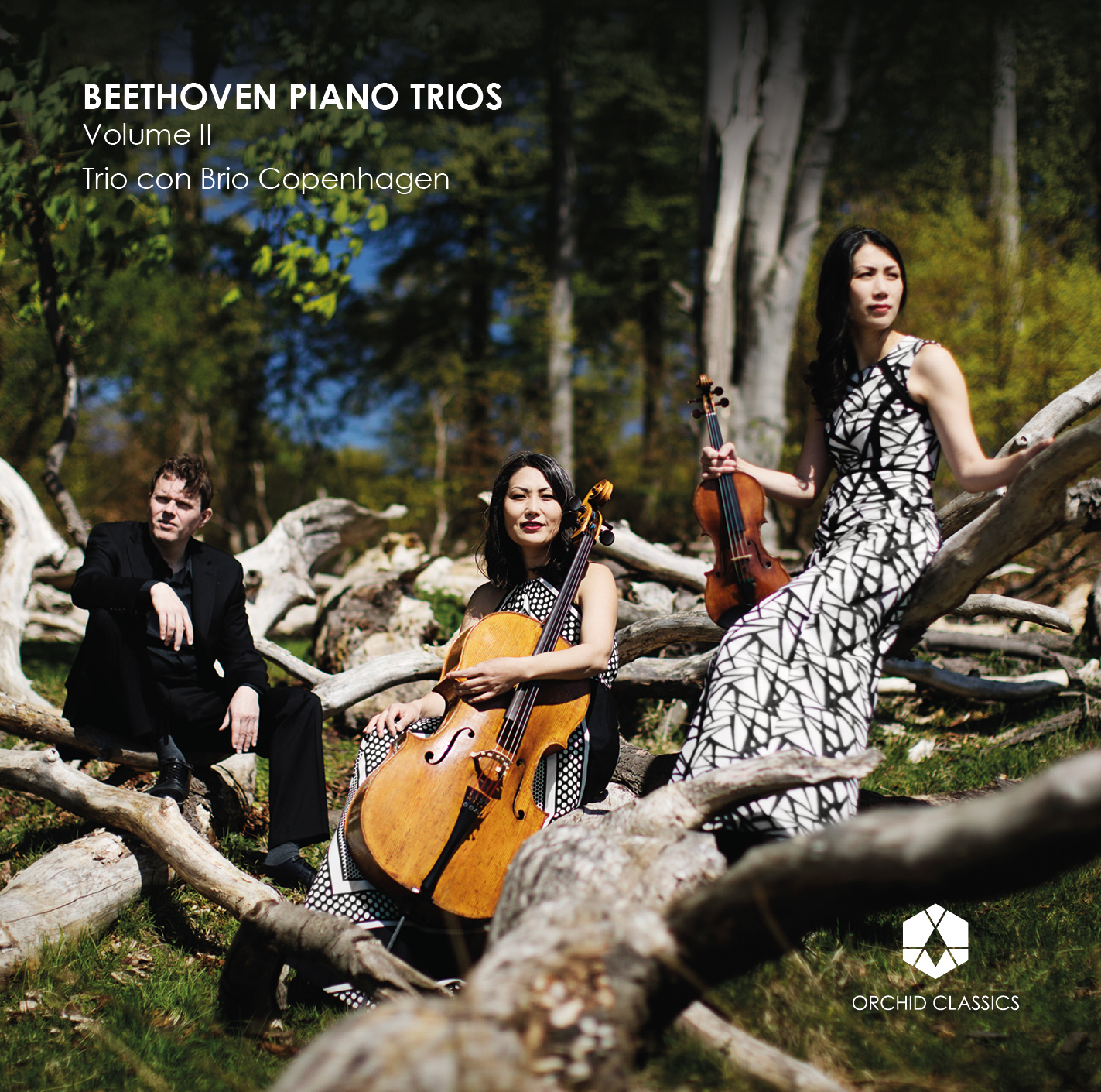 In Heiligenstadt, which in Beethoven’s time was a small, peaceful village outside Vienna, Beethoven experienced both some of the murkiest and some of the brightest moments of his life. It is here, in 1802, that he is forced to recognise the extent of his deafness and considers committing suicide, before declaring, in the so-called Heiligenstadt Testament, his resolve to go on living for the sake of art. Six years later – in the summer of 1808 – Beethoven is back in Heiligenstadt, where he begins by completing his Symphony no. 6 (The Pastoral), which is brimful of scenes from nature but which, in Beethoven’s own words, is ‘More an expression of feelings than a painting’. After this, he composes his Opus 70 piano trios, nos 1 and 2. But whereas the first of the trios – often referred to as the ‘Ghost Trio’ – reveals a composer of extremes who opens up the murkiest regions of his mind, the Piano Trio in E flat major, op. 70 no. 2 is its lighter sister. Here Beethoven abandons himself to an unsullied musical world where the soul can seek consolation and spiritual nourishment.

The German writer E.T.A. Hoffmann, who was also a composer and a music critic, had a keen eye for Beethoven’s Piano Trio op. 70 no. 2. In a description of Beethoven’s instrumental music in his collection of writings known as Kreisleriana, he pays special attention to the trio, characterising Beethoven’s genius as being ‘serious and religious in spirit’, and then goes on to write that in his instrumental music Beethoven ‘explores the depths of the soul in a premonition of a happiness which – nobler and more beautiful than anything in this limited world – comes to us from the realm of eternity’.

E.T.A. Hoffmann’s words are extremely apposite with regard to the opening of Piano Trio op. 79 no. 2. In a subdued register, the cello plays a simple, archaic subject that comes out of nothing. Then the violin enters, followed by the piano, with the same subject and the three instruments fuse into a single body of sound. In music overflowing with solemnity, Beethoven speaks with a delicate, natural voice. He speaks as someone moved by his meeting with the greatness of nature – and completely in accordance with the contemporary pictures by the artist Casper David Friedrich, in which a lone wanderer stands lost in a desolate region where nature reigns supreme.

But unlike Friedrich’s wanderer, who seems lost to the world when encountering the great unknown, Beethoven leads us with his music into a congenial zone full of human warmth. After the sensitively shaped opening of the trio, time almost seems to stand still, although after a few moments of uncertain harmonious wavering, the movement shifts from Poco sostenuto to a quickly advancing Allegro ma non troppoin a rocking 6/8. We are not dealing with a break here, rather with a happy release, and in a playful game of tag the three instruments take turns leading the ensuing musical excursion, which also contains inserted sections where the solemn music of the beginning is recalled and integrated.

Seen from this perspective, the first movement of Beethoven’s Piano Trio op. 70 no. 2 is blissful music and the natural purpose of the pleasant walk in God’s untrammelled nature which is the subject of Beethoven’s Pastoral Symphony, and which here, in more abstract chamber music, brings us into contact with the ‘realm of eternity’ that E.T.A. Hoffmann connects with a deep joy closely linked to Beethoven’s music.

In the following movements, however, Beethoven displays other areas of his wide musical spectrum. In the second movement, Allegretto, major and minor are starkly contrasted with each other in a number of variations on two contrasting themes. No reconciliation is possible here. Towards the conclusion, only denuded skeletons are left, with the musical ‘flesh’ having melted away in the heat of battle.

The third movement, Allegretto ma non troppo, on the other hand, is pure joy. With a delectable melody, first presented by the violin and then heard in the piano, Beethoven foreshadows a bliss that will soon be realised in Schubert’s impromptus. And with the middle section, where the two string instruments, alternating with the piano, break out in hymn-like, medieval sounds, a link is forged with the archaic feel of the beginning of the trio.

In the Finale, Beethoven plays his trump card. It now becomes obvious that we find ourselves here in the heroic phase of Beethoven’s life. The dream of change and freedom is already signalled in the opening, where all three instruments erupt into fanfares between the short, ecstatic runs on the piano. The mood is then intensified when Beethoven, as in a filmic montage, shortens the thematic component to pure gesturing, or, in other words, allows the piano to go rhythmically berserk, while the string instruments explore extreme registers. There can be no doubt about it – Beethoven was not only a sensitive artist, capable of expressing the depths of the soul through his music; he was also a revolutionary, one who broke new ground.

In the Piano Trio in G major op. 1 no. 2 we meet the young Beethoven, a composer well on his way to making a breakthrough in the Vienna salons. He is already fully aware of how he can attract and hold his audience. In the introductory Adagio, where we can imagine Beethoven at the piano, the music has the feel of a skilful improvisation. With quick scales, trills and harmonic tensions, he allows the pianist to appear to be a tightrope walker who is floating on air, while the string instruments create a melodic framework round this musical performance. Beethoven’s teacher, Haydn, was a master at composing similar slow introductions to his symphonies, so naturally Beethoven, full of self-confidence, wanted to demonstrate that he too mastered this discipline – with himself as the main performer. And as soon as the cork flies out of the bottle after the transition to Allegro vivace, the music is as effervescent as champagne. With sparkling strings of notes intended for the piano, but swiftly followed by the two string instruments, the focus is on the spontaneous aspects of music, and with small drops of melancholy in the harmonyen route, this is music that everyone cannot help but love.

The heart of the piano trio is the second movement, Largo con espressione. Here Beethoven is utterly indifferent to the usual proportions of such a movement, and allows a marvellous music of eternity to unfold. With the choice of the distant key of E major, we enter a utopian world, and with an equal emphasis on all three instruments and rich use of the sound qualities of the strings an intimate space of great beauty is created. In masterly fashion, Beethoven lets the subsequent Scherzoemerge out of Largo, with a single note from the final chord being repeated and assigned the role of igniter in an exchange where emphases are shifted in the most delicate manner.

It is not until the middle trio section of the Scherzo that Beethoven allows his more coarse-grained humour to come to the fore. With stubbornly repeated notes in the piano, it is as if the pianist does not give a damn about anyone or anything. It is precisely this feeling that Beethoven takes one step further in the high-spirited Finale, where the violin leads with a brief cannon salute of repeated notes. The other instruments are soon part of the musical centrifuge, with the smallest musical components being flung around between the instruments in an ingenious pattern. We are dealing here with true virtuosity, and a high-tension conclusion, when the music comes to a standstill and is stretched to breaking point before the final resolution.

“From the first note, Trio con Brio exudes class … both explosive and exquisitely intimate – aspects that this performance delivers with compelling panache.”

Trio con Brio Copenhagen continues to play a central role in Scandinavia’s vibrant contemporary music scene. Several of Denmark’s most prominent composers including Per Nørgård and Bent Sørensen, as well as Swedish composer Sven-David Sandström, have composed and dedicated works to the Trio. Trio con Brio Copenhagen was enormously honoured to be chosen by Per Nørgård to be the dedicatee of a work that was premiered at a festival in Stockholm celebrating his 80th birthday in 2012. In January 2016 the trio presented the world premiere of Bent Sørensen’s Triple Concerto with the Danish National Orchestra for which Bent Sørensen was awarded the prestigious Grawemeyer Award in 2017.

The Trio’s recordings have been praised by critics. American Record Guide wrote: “One of the greatest performances of chamber music I’ve ever encountered …”. Gramophone Magazine wrote: “… Any
group would be hard-pressed to imitate this blend of verve and poise …”. Their Mendelssohn CD was chosen by Classic FM, UK as Chamber Disc of 2011: “Every phrase soars and pulsates with the excitement of a fresh discovery as the Copenhagen players go the full distance with playing of skin-rippling sensitivity… sensational playing…”. Their latest recording of trios by Tchaikovsky and Smetana was hailed by The Guardian (UK): “… Trio con Brio Copenhagen scale the Tchaikovsky’s heights with the verve their name suggests …”

The Trio’s sound benefits from the superb instruments they play: Soo-Jin plays a violin built by Andrea Guarneri from the 17th century, Soo-Kyung plays a Grancino cello, and Jens is Denmark’s first Steinway Artist. Both string players are endorsed by Jagar Strings and Thomastik-Infeld Vienna.

The ensemble was coached by the Alban Berg Quartet, Frans Helmerson, Mihaela Martin and Harald Schoneweg at the Cologne University of Music and received excellent musical guidance by Ferenc Rados in Budapest. 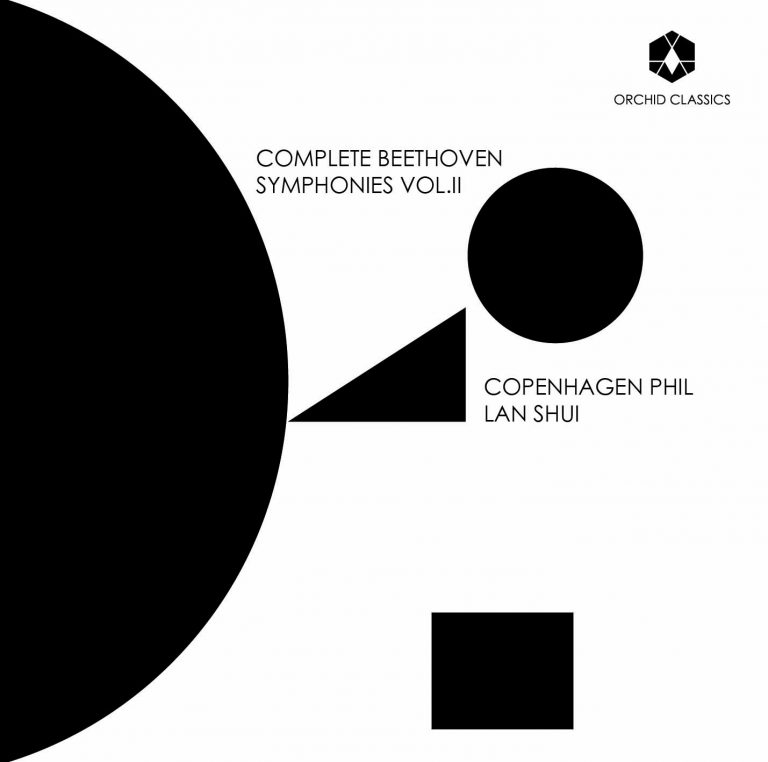