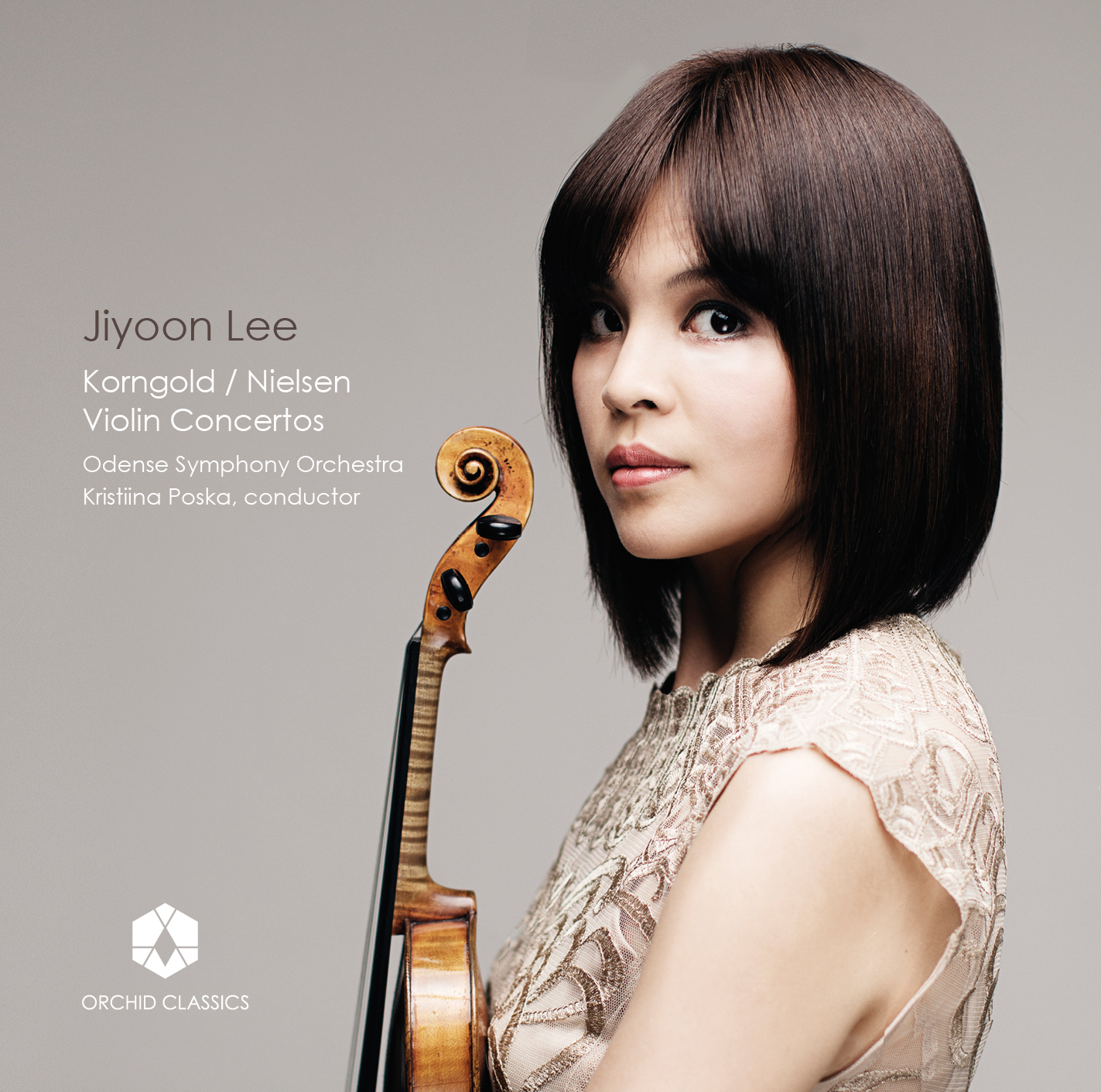 Erich Wolfgang Korngold’s career is one of the most fascinating yet emblematic of the twentieth century. Korngold grew up in Vienna, a child prodigy. By the age of 13 he was writing symphonic scores in a resolutely luscious, Romantic style and ten years later he had already produced his most enduring stage work, the opera Die tote Stadt. In the very same city, Arnold Schoenberg and his acolytes were busy tearing up the harmonic rulebook, writing music that bore no allegiance to any particular key at any given moment.

But that was the least of Korngold’s problems. As a Jew, he watched with horror as the Nazis seized power in Germany and later Austria, just as his career was forging ahead. In 1938, Korngold was invited to write the score for a new film shooting in Hollywood, Robin Hood starring Errol Flynn. Korngold accepted the commission and travelled to the USA. Months later, mobs were destroying Jewish businesses in Vienna and Berlin.

Korngold stayed in Hollywood, recalling later that Robin Hood ‘saved my life’. His career turned from symphonies and operas to movie scores, but he remained just as prolific and his music retained the same precision, intricacy, structural integrity and melodic appeal. After the war, Korngold was determined to resume the composition of concert works alongside movie scores. Often, he would cross-fertilize the two. No work demonstrates how the composer did so better than his Violin Concerto.

Each one of the concerto’s themes is taken from a film score, though the violinist who prompted Korngold to write it, Bronisław Huberman, believed Korngold could have conceived some themes for the concerto before using them to fulfill movie contracts. The concerto was assembled in 1945, but by the time of its first performance in 1947 Huberman was past his best. It was left to Jascha Heifetz to give the work’s first performance in St Louis on 15 February of that year.

On every level, Korngold’s concerto charms: it is cast in the bright key of D major (beloved of violinists), uses a highly colourful but largely unobtrusive supporting orchestra (with particularly attractive tuned percussion) and seduces its audience by combining the violin’s sweet upper register with the sweep and lyricism we associate with mid-century Hollywood. Ironically, such sweep and lyricism was actually an import, the natural language of a raft of European symphony and opera composers who had made the USA their home.

The wistful main theme of the concerto’s first movement was used in the 1937 film Another Dawn; this theme wins out to bring the movement to a close after we hear a bittersweet secondary theme taken from the score for Juarez, released in 1939. The second movement is styled as a Romance; the theme that emerges over lolling orchestral chords is from the 1936 film Anthony Adverse. Darkness takes root in this beautiful movement but is shattered by the finale, which explodes into being with a theme taken from The Prince and the Pauper of 1937. This dance-like tune is heard in various guises before bringing the piece to an emphatic close.

Everything about Korngold’s upbringing – from his middle name to his father’s job as a prominent music critic – suggested he would become a distinguished musician. Things were rather different for Carl Nielsen, who was born in relative poverty and had his earliest musical experiences as part of his father’s travelling wedding band. One day, when the band was entertaining guests on the Danish island where Nielsen was raised, the young Nielsen spontaneously aired one of his own compositions, a syncopated Polka. ‘I could see from the look on my father’s face that he didn’t much care for it’, recalled Nielsen in his autobiography.

Eventually, Nielsen would find himself playing his violin in the Royal Danish Orchestra in Copenhagen. But even after writing symphonies for the orchestra and operas for its associated theatre, Nielsen’s musical voice remained rooted in the straightforward folk music of his childhood. In that sense, it represents a total contrast to the luscious post-Romanticism of Korngold.

In 1910, the Royal Danish Orchestra welcomed a new concertmaster, the violinist Peder Møller, who had returned to his homeland following a stint abroad. Møller inspired Nielsen to deliver the violin concerto he had considered writing ‘every day for the last quarter century.’ Nielsen started the piece in the spring of 1911 at Troldhaugen, Edvard Grieg’s villa outside Bergen in Norway. Work resumed in December of that year back in Copenhagen, and on 28 February 1912 Møller gave the first performance of the finished concerto with Nielsen conducting.

Nielsen’s Violin Concerto is formed of two parts, each of which incorporates two movements, slow then fast. The music of the Prelude draws deep breaths, perhaps shaped by the spacious landscapes around Troldhaugen. But a big theme emerges in the ensuing Allegro cavalleresco that might have more to do with the imposing rock formations lining Nordåsvannet Bay on which Grieg’s villa perches. This upright theme is the nearest Nielsen comes to acknowledging the Romantic violin concerto tradition in music that is otherwise neo-classical and un-showy. Not long after the lone violinist has taken the theme on, the orchestra forces the soloist into a more humble expression of it as a simple song to be shared.

At the start of Part 2, a solo oboe spells out a four-note figure associated with the name ‘Bach’. As the Adagio continues, the music increasingly inhabits the elfin, brittle sound world that would become typical of Nielsen, toying ambiguously with major and minor keys. That continues with the fantasies and games of the Allegretto scherzando in which the renegade folk-fiddler of Nielsen’s childhood gets a foretaste of the confrontations that would erupt in his later scores.

Nielsen compared this final movement to ‘an earnestly smiling layabout on a better day.’ Its perky main theme, introduced by the soloist right at the start, is twice jolted from its whimsy. Just over half way through, the soloist turns inward for a crystalline, Bach-like cadenza from which the main theme then emerges over pizzicato strings. The spirited conversation between soloist and orchestra – which at one point punches out a playful transformation of that big theme from Part 1 – lasts until the final bar.

South Korean violinist Jiyoon Lee has impressed competition juries the world over with her confident, communicative and soulful playing and with her natural poise as a concerto soloist. She has emerged victorious at the Oistrakh and Carl Nielsen International Violin Competitions and has won prizes at the Queen Elisabeth Competition and the Indianapolis Violin Competition.

Jiyoon has played concertos with the Odense, Navarra and Korean Symphony Orchestras, the Seoul and Poznan Philharmonic Orchestras, the Philharmonia Orchestra and the Swedish Chamber, Belgian National and the KBS Orchestras among others. She has participated in high profile chamber music festivals at Tanglewood, Verbier and Kronberg and has performed on the stages of the Wigmore Hall in London, the Bolshoi Hall in Moscow, the Tonhalle in Zurich, Bozar in Brussels and at both the Philharmonie and Konzerthaus in Berlin.

Jiyoon was born in 1992 in Seoul and began playing at the age of four. She studied at the Korean National University of Arts and with violinist Kolja Blacher at the Hochschule für Musik Hanns Eisler in Berlin. Reporting on her victory at the Nielsen competition in 2016, The Strad wrote that she ‘found the most cheek and character’ in the Danish composer’s Violin Concerto.

Kristiina Poska was supported by the Conductor’s Forum of the Deutscher Musikrat and won the prestigious German Conductor’s Prize in April 2013. Before that she had already received numerous international awards including from the Dimitris Mitropoulos-Conducting Competition Athens 2006, from Donatella-Flick-Competition conducting the London Symphony Orchestra in 2010 as well as at the renowned Malko-Competition in May 2012, where she also received the audience prize following the final concert with Danish National Symphony Orchestra.

The Odense Symphony Orchestra – one of Denmark’s five regional orchestras – was established in 1946, but its roots go all the way back to about the year 1800. From being a theatre orchestra that also played symphonic music, the orchestra today is continuously developing and expanding its modern symphony orchestra with 72 permanent musicians and a high level of activity. Concerts and productions with Odense Symphony Orchestra vary in terms of size and genre: from symphony concerts, light classical and opera to chamber music, children/youth concerts and crossover.

Odense Symphony Orchestra is the owner and host of Carl Nielsen International Competition, and the orchestra and its musicians play an important role in the competition as jury members, repertoire consultants and contact persons to many international artists.

The first of the Carl Nielsen International Competitions was held in Odense in 1980. After nearly four decades, the violin, clarinet and flute competitions have established themselves as some of the most demanding and rewarding in the world, by highlighting Carl Nielsen’s musical masterpieces, and offering each winner the chance to launch a significant international career.

For more information on Carl Nielsen International Competition please visit www.carlnielseninternationalcompetition.com. You can also find us on Facebook.

‘On this showing she is a remarkable artist; and this is, without question, an exceptional debut indeed.’
Gramophone Magazine