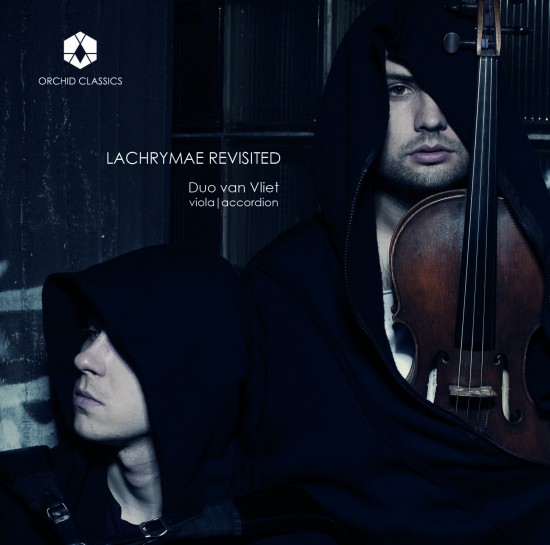 Accordionist Rafał Łuc and violist Ian Anderson, began playing together in January 2011 while they were both students at the Royal Academy of Music, London. Their love of crazy contemporary music led them to name themselves after the late, great Don van Vliet, better known by his avant- garde rock persona, Captain Beefheart. In their inaugural year they reached the final of the Royal Over-Seas League Chamber Music Competition in London, and since then have dedicated themselves to expanding the viola and accordion repertoire.

Perhaps unexpectedly – due to the duo’s contemporary focus – Lachrymae Revisited opens and concludes with two arrangements of 16th-century songs by John Dowland. If My Complaints Could Passions Move begins the album, whilst Flow My Tears ends it. These two songs were originally written as part of Dowland’s well-known songs for lute. As the title hints, the album also includes Britten’s Lachrymae (Reflections on a song of Dowland), which refers to these two Dowland songs. Originally scored for viola and piano, Britten created a version for viola and string orchestra in the final year of his life. This is yet another version, not created by Britten, but one which combines the percussive properties of the piano with the sustaining qualities of a string orchestra.

After establishing the duo with innovative arrangements of these well-known works, the album then showcases an expansion of the repertoire – both for the duo and their respective solo instruments. Prolific Scottish composer, Rory Boyle wrote Such Sweet Sorrow in 2009 for violist Ian Anderson. Rory describes it as “a realisation of Giles Farnaby’s Loth to Depart” – continuing the Elizabethan England influence on the album. Gavin Higgins’ Kathedrale for solo accordion was commissioned by Rafał Łuc, supported by the RVW Trust and premiered at the National Portrait Gallery in London in November 2014. In his programme notes Higgins commented: “Kathedrale is a somewhat instinctive musical response to Andreas Gursky’s iconic large-scale photograph, Kathedrale I … The image is typical of Gursky’s style; often vast in scale and shot from distant, elevated perspectives, his photographs are at once epic in their conception and intimate in their detail”.

Rafał Łuc and Ian Anderson began playing together in January 2011 while they were both students at the Royal Academy of Music, London. Their love of crazy contemporary music led them to name themselves after the late, great Don van Vliet, better known by his avant-garde rock persona, Captain Beefheart. In their inaugural year they reached the final of the Royal Over-Seas League Chamber Music Competition in London, and since then have dedicated themselves to expanding the viola and accordion repertoire. They make a point of commissioning many composers to write for them and have a long list of desired future collaborations – time and funding allowing.
When not rehearsing, Rafał and Ian can be heard reflecting on the wisdom of Karl Pilkington and singing along to David Brent’s Life on the Road.

“deep engagement with the expressive potential of his instrument that distinguished his recital…maturity beyond his 21 years” Neil Fisher, The Times

Rafał studied classical accordion at the Royal Academy of Music and made his London debut at the Purcell Room in 2009 as a PLG Artist. Since then he has performed at venues including the Royal Albert Hall, Barbican, King’s Place, Wigmore Hall, Bridgewater Hall (Manchester), Symphony Hall (Birmingham) and the Carnegie Hall (New York). He has worked with ensembles including BBC Symphony Orchestra, Royal Opera House, Aurora Orchestra, London Sinfonietta, CHROMA, Rambert Dance Company, Nash Ensemble, Riot Ensemble, and with many contemporary composers creating new repertoire for classical accordion. In 2015 he released his debut solo album of pieces for accordion and electronics. He is a prizewinner of competitions in Poland, Lithuania, Switzerland, Slovakia, Italy, and the UK.
Rafał is a keen chamber musician, and in 2011 he recorded an album for Universal Music Korea with cellist Hau- Eun Kim, featuring works by Bach and Piazzolla.
Rafał has participated in masterclasses with leading musicians including Friedrich Lips, Matti Rantanen, Mika Vayrynen, Claudio Jacomucci, Vojin Vasovic. As soloist and orchestral musician he has worked with such conductors as Valery Gergiev, Pierre-Andre Valade, Baldur Brönnimann, Michael Boder, Nicholas Collon, Christopher Austin, Ernst Kovacić, and Szymon Bywalec. His performances have been broadcasted on BBC Radio 3 and Polish Radio 2.
For his achievements, Rafał has been awarded scholarships from the Minister of Culture in Poland, Crescendum- Est Polonia Foundation, Solti Foundation, and the Craxton Foundation.
In Season 2017/18 Rafał is an artist in residence with New Music Orchestra in Katowice.
Rafał plays a Pigini Sirius Millenium accordion, made on special order and purchased with the help of Ministry of Culture in Poland and Royal Philharmonic Society, UK.

Ian Anderson plays in many different ensembles, including Duo van Vliet (viola and accordion duo), Scottish Ballet (where he holds the position of Principal Viola), yllwshrk (alternative rock band, ‘yellow shark’, where he plays the guitar and writes music), and IMOGEN (Berlin-based chamber music collective). He is a graduate of the Royal Academy of Music in London (undergraduate viola, where he won the Maurice Loban Prize for viola final recitals) and the Royal Scottish Academy of Music and Drama in Glasgow (postgraduate composition).
Recent highlights include Duo van Vliet’s debut recital at the Narodowe Forum Muzyki (National Forum of Music), Wrocław; a tour of Europe and Russia with Jonny Greenwood as part of the London Contemporary Orchestra Soloists; playing on Radiohead’s latest album A Moon Shaped Pool (also with the London Contemporary Orchestra); and IMOGEN’s debut tour of Germany with Gilles Apap, presenting a thread of music of all styles, including Ravel, Björk, Frank Zappa and Claude Vivier. At the 2017 PODIUM Festival, Esslingen, he presented his version of Björk’s 1997 masterpiece album, Homogenic, reimagined for string quintet.
Ian is a former Principal Viola of the European Union Youth Orchestra and plays on a 2003 John Dilworth viola, purchased with support from the Musicians’ Benevolent Fund. 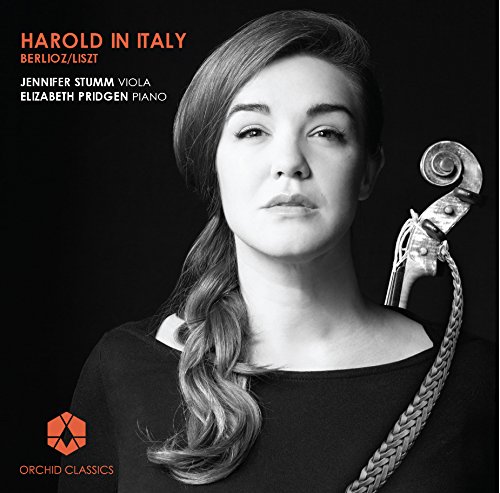