Open Book One of Couperin’s Pièces de clavecin and look at the first two pages of music. In contrast to the published volumes of d’Anglebert, Rameau, Le Roux and Marchand, Couperin opens not with a prélude, or improvisatory awakening of the instrument but rather with an Allemande Grave. Four of the five suites of Book 1 (and several in the following three volumes) have monumental works that serve as introductions to each collection of pieces, collections he calls Ordres. Performed with the required repeats, these allemandes are impressive in stature and reminiscent of canvases of Charles Le Brun, the great history painter to Louis XIV. Each allemande establishes a compelling atmosphere but then explores textures, ranges, rhetorical figures and motion. With Couperin, our ears voyage through sound and time as our eyes travel over space and form in a painting by Charles Le Brun. The dark browns or greens of the land, the blue and white of the sky above and the gold and pinks of a distant sunset or the black and red horrors of battle all have comparable contrasts in the music of Couperin. These allemandes alone justify calling him Le Grand, the title bestowed on François Couperin during his lifetime.

Harpsichordists who explore and know Couperin’s world understand that grandeur is only one pose, one affect on the palate of this composer who believed more than any in the expressive capabilities of his instrument. Couperin demands more grace and control from his player than any other French clavecinist, and rewards our efforts to interpret his works with a harvest of the instrument’s most tender, limpid, filigreed, voluptuous, vulnerable and perfumed charms. He masters the harpsichord as Chopin masters the piano.

With the publication of Book 1 in 1713, Couperin assumed his rightful position in a tradition of Parisian harpsichord composition already in full flower and influential throughout Europe. His earliest style is formed in the salon, theatre and church of Louis XIV. If he were not a genius, his music might have been pompous. If he were not a genius his works might have been precious and obscure. Thanks to that genius, he takes the language of the later 17th century to its highest level. At the same time, he hints that Paris is headed towards a great change in artistic values. Indeed, just as the architect Gabriel mastered the decorative styles of Louis XV and then invented the contrasting style of Louis XVI, so too do Couperin’s Books 2, 3 and 4 for the harpsichord define the new musical rococo. His music parallels the exquisite melancholy of French painter Antoine Watteau and the virtuosity and wit of the pastel portraitist, Maurice Quentin La Tour, both younger contemporaries.

For this recording, I have chosen Couperin at his most dramatic, powerful and often tragically brilliant. The Troisiême Ordre is a finely chosen selection of pieces in C minor and major. While Couperin may have had no specific overall architecture in mind for this selection, he is successful in offering us great variety, ranging from the classical theatricality of La Ténébreuse and the tender sighing of Les Regrets to the riotous clowning of Les Matelotes Provençales. Let us remember that when he gathered the music for his first book of harpsichord works, he was amassing selections from over 20 years of composing. This is truly a retrospective collection of harpsichord pieces.

Not so with the Huitiême Ordre from Book 2. Couperin deftly groups contrasting pairs, two allemandes, two courantes, two gigues, a few other dances and his great Passacaille, all coming together to make a work that is best heard in its entirety, from the first dark B minor chord to the last.

Couperin has written that he preferred that which moved him to that which surprised him. As we listen to his 27 Ordres we become more and more aware of how beautifully he uses one note, one unexpected ninth or melodic turn to allow the composition to transcend any suspicion of pretty banality. But the painfully dissonant hammered chords of the Passacaille, the tragedy of its penultimate couplet, reach our ears with as much nobility and sentiment as a fountain statue in the park of Versailles or a tragic monologue in a play by Racine. Passion and poise are so perfectly balanced in Couperin’s music that though the real world might, at any instant, crumble under our feet, we are, as long as his music is our reality, living in a world of Calme, Luxe et Volupté.

Andrew Appel, Artistic Director of the Four Nations Ensemble, performs throughout Europe and the United States as soloist in many festivals including Italy’s Spoleto Festival, New York’s Mostly Mozart Festival, and the Redwoods Festival. As recitalist, Mr. Appel has performed at Carnegie and Avery Fisher Halls in New York, as well as halls from the Music Academy of the West to the Smithsonian in Washington DC. Besides his work with The Four Nations Ensemble, he has been a guest of Chatham Baroque, the Smithsonian Players, and Orpheus. He serves as harpsichordist for Opera Lafayette and has toured with several European chamber orchestras. He has enjoyed critical acclaim for his solo recording of Bach works with Bridge Records as well as his fortepiano performances of Haydn for ASV. He has recorded for ASV, Bridge, and Smithsonian recordings.

As an educator in the USA, Appel has been called upon to create significant programmes in arts education for primary school students and professional development for teachers. Appel created a programme linking the Amarillo Symphony to the public schools in that city, “Music makes the Difference.” In Chatham, New York, Appel has organised festivals of culture and history for eight to eleven year olds while instituting “salon discussions” between the teachers of Chatham and art curators, dance historians, musicologists, and arts journalists. Both programmes have made significant additions to the lives of participating school communities. With Four Nations and funding from Chamber Music America, Appel has designed and run residencies in communities around the country with kindergarten through college students, most recently in St. Cloud, MN.

As a writer Mr Appel has written programme notes and articles for presenters around the USA including Lincoln Center, New Jersey Performing Arts Center, and National Public Radio. Mr. Appel has participated in discussions on education and chamber music programming at conferences of Chamber Music America, the Association of Performing Arts Presenters, and the New York State Council on the Arts. He currently serves as President of the Board of Trustees of Chamber Music America. He has been regularly praised for pre-concert talks that contextualize the music and open areas of discovery for the audience.

A native of New York City, Appel discovered the harpsichord at 14 and began lessons with Tim Read and Igor Kipnis. First-prize winner of the Erwin Bodkey Competition in Boston, he holds an international soloist degree from the Royal Conservatory in Antwerp where he worked with Kenneth Gilbert, and a Doctorate from the Juilliard School under Albert Fuller. There he has taught harpsichord and music history. Appel has also taught harpsichord, chamber music, music history and humanities courses at Moravian College, Princeton University, and New York Polytech, now a division of NYU.

“Appel… (brings) out the combination of darkness and refined detail, and (catches) the charm of the lighter moments.”
(Early Music America, August 2013) 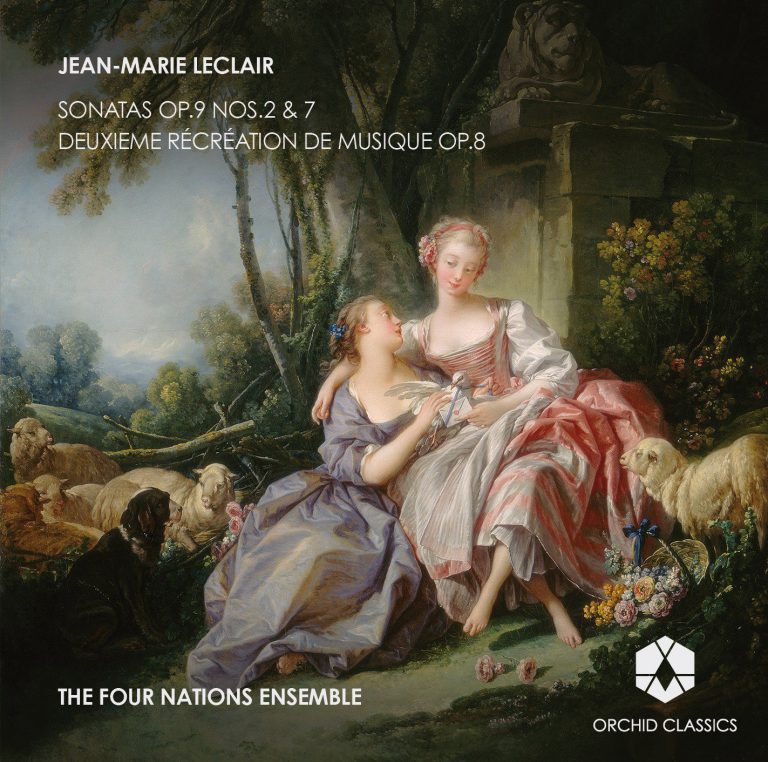