“My musical heroes were David Bowie and Dmitri Shostakovich”

As his debut album is released, counter-tenor Hamish McLaren tells us how he came to pursue a life in music. 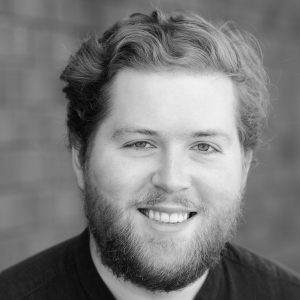 The first time I heard a countertenor singing and really paid any attention was in the car with my mother aged about eleven or twelve. I had just been abruptly fired from my school choir for sounding like a rusty bandsaw trying to cut metal. My voice had begun to break very gradually in the weeks before term started, so abruptly in fact that I had failed to notice and had rashly continued to try and sing as a treble. After ten minutes of shrieking some innocent Stanford anthem in horrifically rancid falsetto I was politely encouraged to please get out. On the way home to prove to me that falsetto could be something other than a war crime my mother put on a CD of James Bowman and Michael Chance singing Purcell songs and duets. I was captivated by the sheer exuberance of the duet “Sound the Trumpet”, and the arrestingly beautiful timbre of both of their voices certainly gave me hope that my falsetto might mellow in time.

The first time I thought that singing as a countertenor might be something I would pursue more seriously was when I was introduced to various famous Bach arias such as “Ebarme dich” from the Matthew Passion. My singing teacher at school introduced them to me via Purcell, and I was captivated by their complexity. They were some of the first pieces in which I could really lose myself singing.

I am incredibly fortunate that both my parents are obsessed with classical music and were nothing but supportive of me. My mother studied at music college and then worked for BBC Radio Three for years, so she was delighted to back my musical interests to the hilt. Not even my teenaged obsession with the flugelhorn dampened that. My father was similarly keen for me to pursue music. He listens to classical music (particularly Czech and Russian repertoire) incessantly as he works, so the breadth of his CD library hugely broadened my horizons when I began raiding it at home. He introduced me to, and in fact gave me a CD boxset of Mariss Jansons’ awesome recordings of the Shostakovich symphonies which I still treasure today, although the CD for the Leningrad symphony has rather appropriately seen better days.

My musical heroes growing up tended to chop and change quite rapidly. I remember being obsessed with Berlioz for a few months; I listened to the Symphonie Fantastique incessantly and then abruptly stumbled across Poulenc’s violin sonata which then stole my fickle attention. The two musical heroes I consistently idolised growing up (and still do) were David Bowie and Dmitri Shostakovich. I love the unbelievable eclectic versatility of the former, and the latter’s symphonies were the angsty soundtrack to my A levels and various coursework projects. The snare drum/machine gun in his eleventh symphony really terrorised my neighbours when I was typing out a particularly dreary extended essay on Cromwell. Strangely I never really listened to solo classical singers before I studied at music college after leaving university. I think I was always obsessed with working through instrumental pieces, particularly symphonies, and so pop music was a more natural counterpoise to that heavy fare.

I would say that countertenors sound like the vocal equivalent of harmonics on string instruments. It is a very resonant but thin sound and can be extremely haunting and effective. An oboe is also quite a good analogue for the sound of a countertenor: a plangent and astringently clean sound.

I don’t often listen to recordings of countertenors in particular, although I do listen to a fair number of baroque operas for pleasure, so countertenors necessarily form part of that in most cases. There is one rather unusual, dedicated countertenor album I do return to quite frequently called “Rivals”. It is a collection of very virtuosic castrati arias by lesser-known baroque composers performed by David Hansen. David Hansen has an astonishingly broad range; the top notes are crystal clear and almost scarily ethereal. I used to play it at university at parties to watch the marmite effect of his stratospherically high singing on groups of friends, very amusing. Of course, I was usually (and quite rightly) immediately banned from going anywhere near the aux cable or Bluetooth connection for the rest of the evening. I do also rather admire and frequently revisit Bejun Mehta and Julius Drake’s recordings of Britten’s realisations of songs by Purcell. They are both immensely bold performers, and I love the intensity and raw emotion that characterises their interpretation of these crazy pieces.

I tend to avoid my own recordings largely because my voice is still developing quite rapidly. Even quite recent recordings rapidly feel inadequate, or at best a snapshot of my voice at a less developed stage. I would listen back to past performances as a reference point for what I am trying to work on and change, but I would not choose to listen to them purely for pleasure even in an extreme fit of narcissism!

If I were to stop singing I doubt I would continue trying to be a musician. I used to play the violin and trumpet at school, but I gave them up at university to focus on singing and attempting vainly to deceive my long-suffering director of studies that I was fanatically devoted to my history essays to the exclusion of all else… I dread to think what might be lurking in the pipework of my poor trumpet after all this time! And I would also be incredibly surprised if the flimsy E string on my violin could withstand my rusty attempts to tune my violin back up to scratch for the fist time in about five years. The tuning pegs were always very truculent customers. The wire would probably snap and give me a less than fetching facial scar/eye patch.

I do get very jealous of other singers when it comes to 20th century French songs, and those of Poulenc in particular. There are a few beautiful songs which just fit within the range of a countertenor, or at least within my range, but most of the repertoire sits tantalisingly just out of reach. Transposition seems to be viewed as an act of vile heresy when it comes to French song, and I do reluctantly concede that a lot of these songs were very carefully crafted with a specific key signature in mind.

I absolutely would encourage more guys to have a go at singing in falsetto. Apart from anything else it has never been more accepted or even fashionable. When I was fourteen or fifteen a lot of people would unironically ask if I had had some appalling, grisly accident below the belt, but now the notion of men singing in falsetto has become much more mainstream. It is also a smart move in terms of supply and demand. I would never have been able to even contemplate being a professional musician if I had persevered with my distinctly average baritone. It is a shame to consider how many potentially superb countertenors might be lurking out there who just never dared experiment and see what their falsetto might evolve into with a little practice.

‘Sphinx’ is now available everywhere, and you can listen here