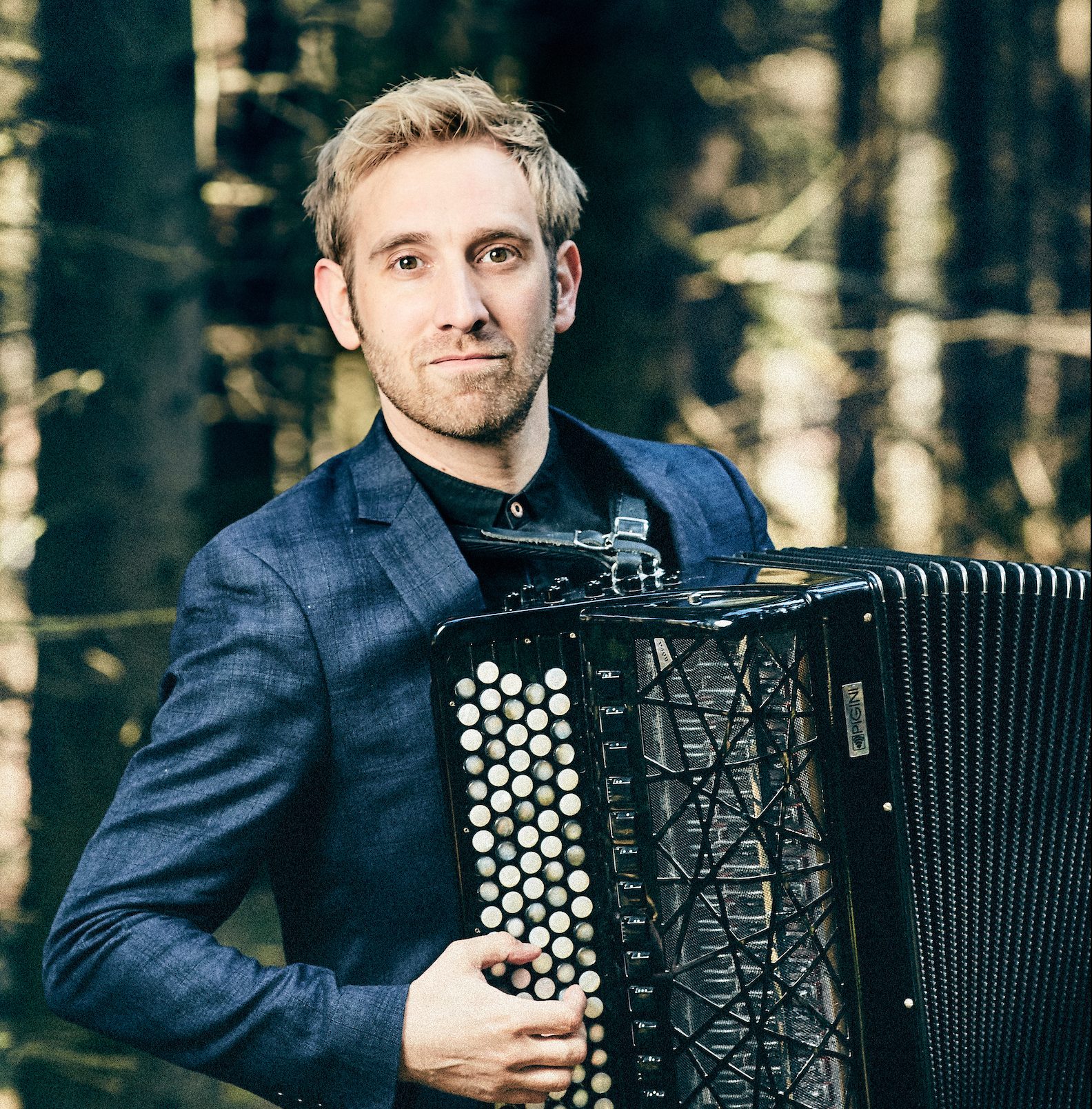 What makes a person devote their life to the learning of a single instrument?

As KOTTOS release their brand new album, (listen HERE) we tried to find out from accordionist Bjarke Mogensen.

Have a read below, and then listen to a playlist Bjarke put together, which covers a very wide range of styles…..

Growing up on Bornholm, a small remote island in the middle of the Baltic sea, I used to listen to my grandmother who played the accordion when I was a kid. But the first real impression was in the early 90’s, where a Ukrainian virtuoso bayanist (bayan is Russian for ‘button accordion’) Pavel Fenyuk, came to my city and gave a breathtaking performance. He played a lot of original music for the instrument but also some amazing transcriptions from works by Cesar Franck, Brahms and J. S. Bach.

Because I grew up with my grandmother playing the accordion I was familiar with the instrument all my life, though her repertoire and way of playing didn’t really inspire me artistically.

It was actually a kind of coincidence that I chose to play the accordion. When my parents signed me up for music school, I remember my first choice was the piano. Fortunately my parents signed me up quite late in the season and the choices of instruments therefore was limited to two left available options: the recorder or the accordion. Obviously it wasn’t the options I had hoped for, but today I am quite grateful that fate/chance sort of decided it for me.

Having played for only a few months back then it was a whole new world that opened up sitting 2 meters from performers such as Pawel Fenyuk, Wladislaw Semjonow, Reijo Ahonen and many other great artists who came to visit Bornholm, encouraging young players like myself to take their skills to a greater level. Over the years I started to recognize the instrument as something that has really unique expressive qualities.

Neither of my parents have any musical background, but they were always supportive. My older sister started playing accordion a few years before me, and we often performed in duo together and received prizes at home as well as abroad. She later chose a different path and I lingered on as my curiosity grew for the instrument.

The accordion was one of the most popular instruments in my music school at that time and the local teacher, Gregor Siegler, was one of the early pioneers of accordion pedagogics. He taught the instrument in a progressive way; focusing on classical and contemporary music and always trying to integrate the instrument into the classical family. Our local symphonic music school orchestra was quite an interesting one. Apart from the standard symphonic instruments that a smaller music school can muster, there where large groups of saxophones and accordions as well as recorders and even guitars joining in on different parts.

So I was fortunate to live on an island where there was a thriving musical life, social activity and educational possibilities, in my early years of playing. This I think was very important for my early development as a musician.

It is difficult to name a few inspiring performers since there were so many of them, but actually the composers were perhaps my real inspiration. I remember that I listened intensively to vinyls and albums of the Danish accordion pioneer Mogens Ellegaard (1935-1995), who almost single handedly changed the course of the instrument in Scandinavia; commissioning a great number of works and furthermore he got the instrument enrolled at the Academies in Denmark as well as several other Academies and Conservatories all over Scandinavia. His playing and work really got me hooked on contemporary music for the instrument.

In my early teens I also became quite obsessed with studying and transcribing early music such as the harpsichord/organ works of William Byrd, Girolamo Frescobaldi and Domenico Scarlatti a.o., all while working on the standard repertoire for the instrument by composers such as Arne Nordheim, Sofia Gubaidulina and Per Nørgård. A rather strange mix of interests when all your school mates were listening to Eminem and Korn. Luckily this was before streaming services would unwittingly make your listening story public…

It is always tempting to quote the Norwegian composer Edvard Grieg who stated, almost 150 years ago; “the accordion sounds like a pig with a soar throat”. I’m quite sure it CAN sound like that, but luckily the instruments as well as the performers have developed quite a lot since then.

In my free time I try to get inspired from completely different genres, than those I am presently working on myself. Therefore, I listen to a great variety of music, both with and without accordion and of all genres and ages.

As a solo instrument, I think it is really difficult to match the colour palette of the free bass accordion with any other instrument, so I probably would end up as a composer if I had to choose something else in the field of music, though I do adore the sound of the viola da gamba.

When all is said and done, I have many regrets, mistakes and failures. But I try to believe that I learn from at least some of them.