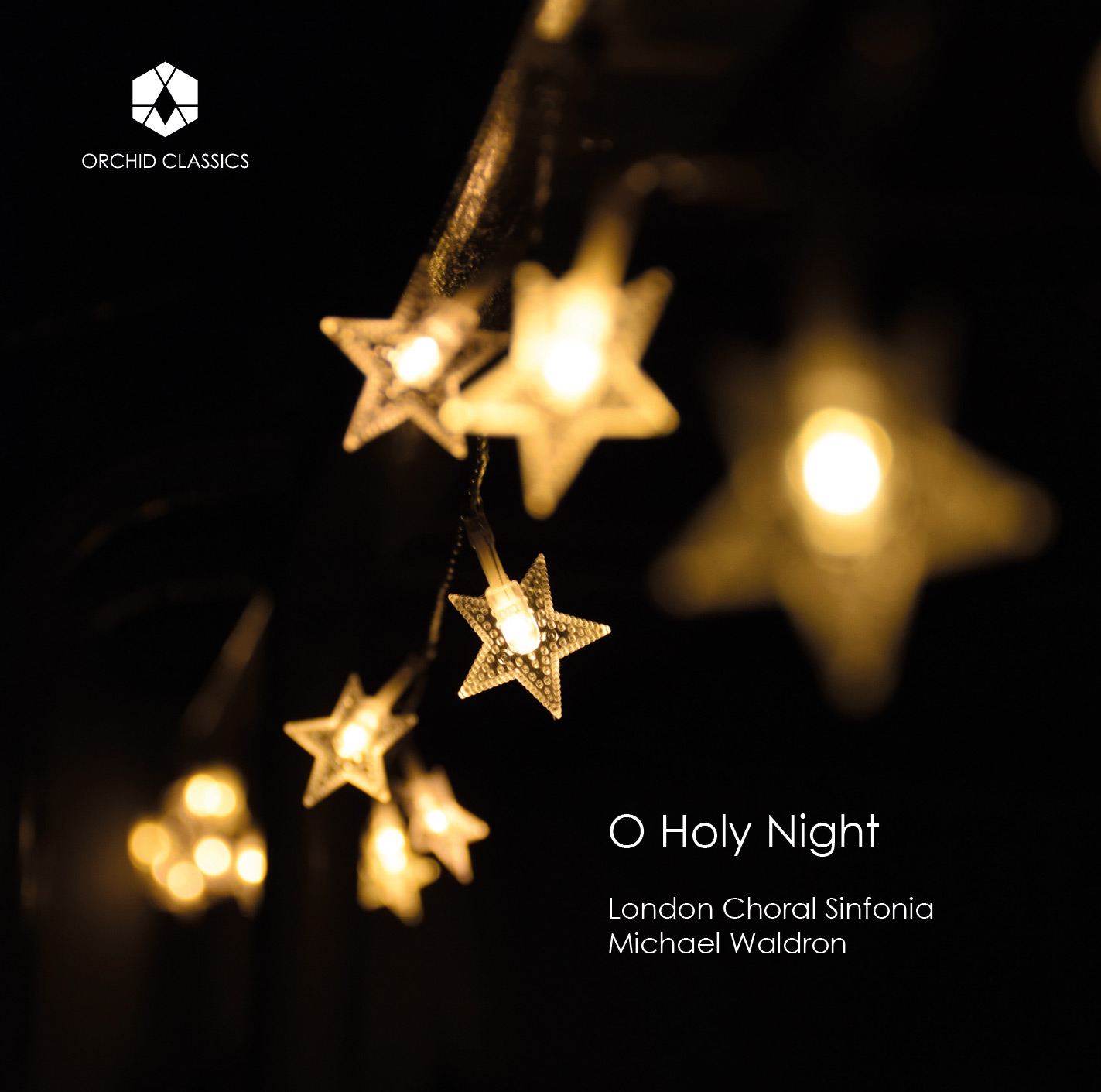 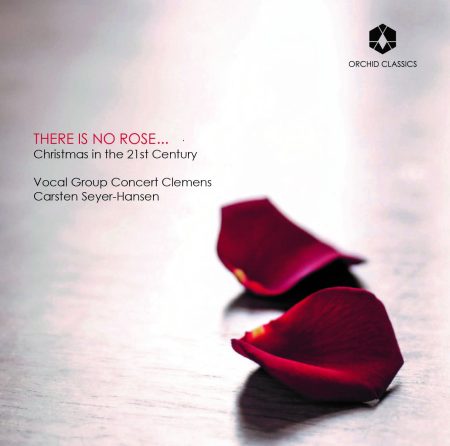 THERE IS NO ROSE...
Christmas in the 21st Century
Vocal Group Concert Clemens
Carsten Seyer-Hansen 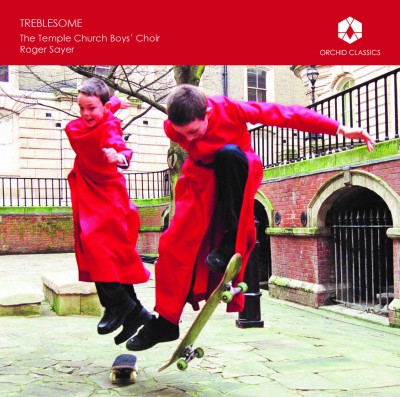 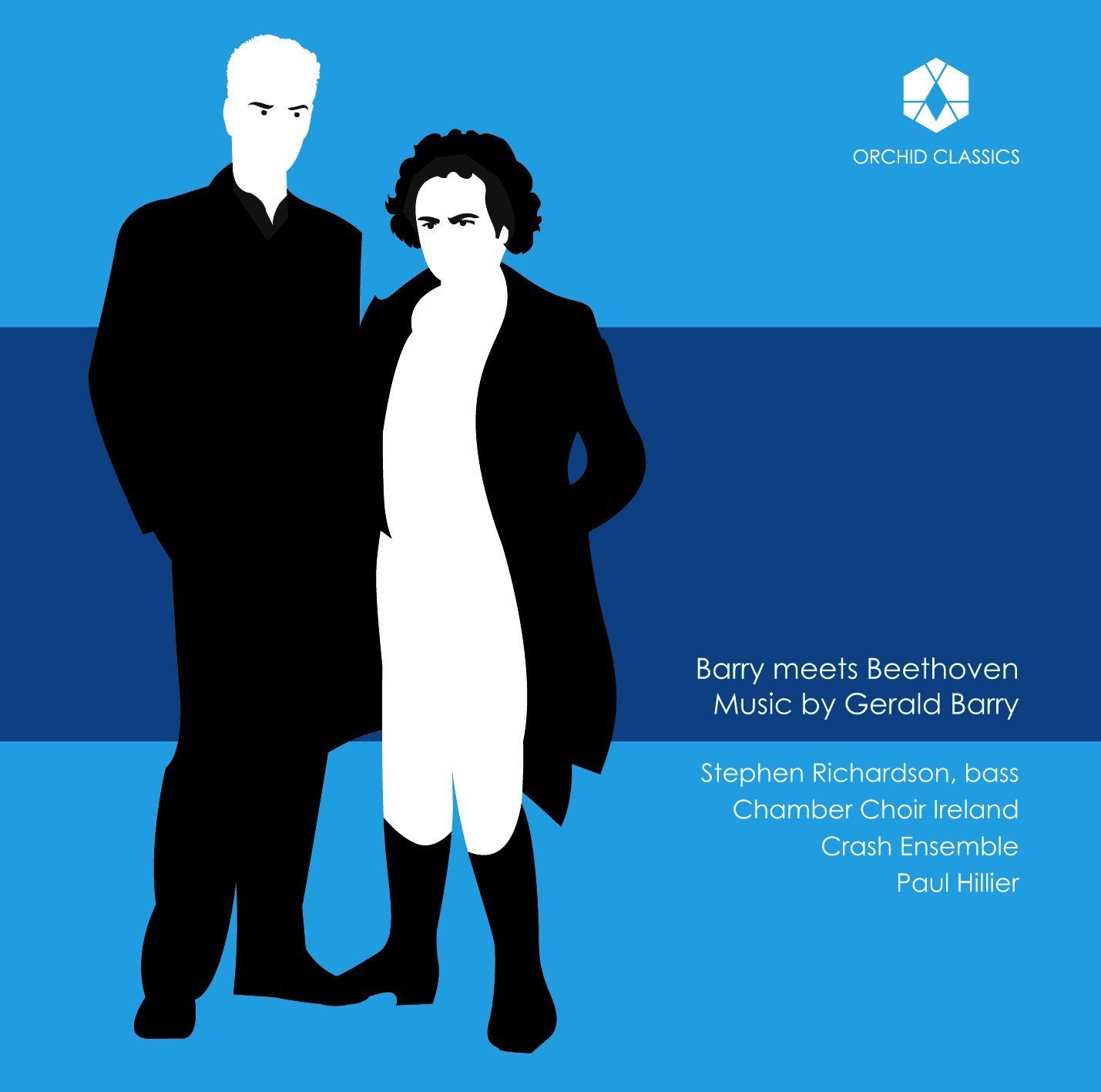 The world surely does not need another disc of Christmas music. When it became apparent that we might move forward with this LCS recording, I set out to find just about anything to record that was not Christmas repertoire. Despite this, and despite many hours of trawling through shelves of sheet music and CD catalogues, I kept coming back to the idea of compiling a slightly unusual and thought-provoking selection of exceptional Christmas music. It is a well-supplied area of recorded classical music, but one which I believe has a perfectly-sized gap for this recording.

The framework for the programme comes from the five traditional carols. Anyone who has ever sung a note of choral music or attended a carol concert around Christmas will be familiar with outstanding arrangements and descants by David Willcocks. My view is that recording these great carols has been somewhat overlooked by the finest professional choirs in favour of more erudite and virtuosic Christmas repertoire. They are synonymous with Christmas for so many of us and deserve tobe recorded at the very highest level. Andrew Carter’s electric arrangement of the advent carol O come, O come, Emmanuel still sends shivers down my spine, and is a worthy companion to the Willcocks legacy.

A similarly worthy companion is Max Pappenheim’s technicolour arrangement of Lo, He come with clouds descending. Max was Organ Scholar at Trinity College, Cambridge, and it was for the choir here he wrote and dedicated this arrangement. He and I overlapped there for just one year, but it was a year of great friendship and music making. Max’s arrangement was first performed at the 2006 Advent Carol Service, and has been included every subsequent year to date.

I approached Max about writing an arrangementof O Holy Night – by far my favourite carol – a few years later. The arrangement he produced (and recorded on this disc) far exceeded anything I could have hoped for. We discussed at length whether the climax – the top A for the soloist towards the very end of the piece – should be loud and dramatic, or hushed and mysterious. In the end we decided to have both, one after another!

Interspersed between the five carols is a selection of pieces I have collected over many years involved with numerous different choirs and many dozens of carol services and concerts along the way. Sir Christèmas and Adam Lay Ybounden will be known to many, but the rest, I believe, deserve to be better known. There is a mixture of works, from the less technically-demanding to the more virtuosic and challenging. I hope this selection may inspire, and offer welcomed discoveries to all listeners.

The tradition of Christmas carols goes back many centuries – in England, for instance, at least to the 14th century; but as this album amply demonstrates, new carols are constantly being written, while ancient and modern continue to interact.

Despite the ancient sources of both the text and music of the advent hymn ‘O come, O come, Emmanuel’ – the (originally) Latin text had its beginnings in a chant dating from the 8th century or earlier, while the music can be found in an unrelated 15th-century French manuscript – the two were not conjoined until the publication of the Hymnal Noted in 1851. An exciting feature of specialist choral composer Andrew Carter’s version are the dramatic cries of ‘Rejoice!’ which the arranger highlights to create a powerful climax.

Similarly, though the setting we hear by the distinguished Welsh composer William Mathiasdates from 1971, the text of the macaronic carol Sir Christèmas — snippets of French text are threaded through the English — goes back to the Ritson Manuscript, copied around 1510: Mathias enlivens his version with a striking use of cross rhythms.

Carol Canning joined The Swingle Singers while still a student at the Guildhall School of Music & Drama, going on to make regular arrangements for the celebrated group before eventually becoming its music director. She brings a subtle and personal touch to her close harmony setting of the Middle English lyric Lullay my Liking; particularly appealing is the open-ended close.

Among the best-known of all carols is Silent Night, a setting by Franz Xaver Gruber of lyrics by Joseph Mohr first sung in an Austrian village in 1818. Published in 1914, John West’s artful arrangement is the work of an organist and composer (1863-1929) who produced several cantatas for the Three Choirs Festival.

The legacy left by David Willcocks (1919–2015) in terms of his long association with such institutions as King’s College, Cambridge, and the Bach Choir is an enduring one, and many of his arrangements have become fixtures – including Once in royal David’s city, where his final verse adds grandeur to the melody by Henry John Gauntlett (1805–76) previously harmonized by organist Arthur Henry Mann (1850–1929).

Peter Maxwell Davies described his Alma Redemptoris Mater as a ‘carol on a medieval text for four equal voices’, its main sections ‘rounds, each voice entering in turn and singing the verses once only and finishing in turn’.

The admired composer and conductor Richard Pantcheff (b.1959) divides his time between South Africa and the UK. In his atmospheric Swinburne setting A Christmas Carol, written in 2013 for the Choir of St George’s Anglican Church, Johannesburg, melodic ideas are underpinned by a slowly shifting rocking figure on the organ as they float through a kind of free musical space.

Like many carols, O Come, all ye Faithful has a complex history: though the Latin hymn’s origins are contentious, the familiar English text consists of elements from translations by Frederick Oakeley and William Thomas Brooke, while the melody was first published by John Francis Wade in 1751. Here the harmonies for the earlier verses are from the English Hymnal, while in the final verse David Willcocks’ descant provides a stirring conclusion.

The Scottish composer Thomas Wilson (1927–2001) produced music in all forms, some of it serial, though the rich and subtle modally inflected harmonies in his setting of the 15th-century anonymous Macaronic text (Latin and English) There is no rose belong to another tradition: there’s a particularly thrilling intervention from the angels and the shepherds.

Born in 1953, Robert Saxton set his own text for The Child of Light (1985), scored for sopranos and organ. Cluster chords amass while the voices chase one another around in canon, producing an effect of seeking something and then finally discovering it.

In arranging the Coventry Carol Jonathan Rathbone selected a well-known piece whose text originated in a medieval mystery play and whose melody goes back as far as 1591. Four hundred years later, the arranger – highly experienced in the field of choral music in particular – deploys some highly unusual harmonies to convey the violence of Herod’s slaughter of the innocents.

Born in 1941, Humphrey Clucas began his involvement with choral music as a choral scholarat King’s College, Cambridge, and was later appointed a lay vicar at Westminster Abbey: though he has contributed to other genres, it is his choral music that has become best known. Composed in 1995, his setting of Christina Rossetti’s text Love came down at Christmas is notable for its enriched harmony and fluidity.

Like David Willcocks, Martin Neary’s involvement with choral music has been lifelong. His arrangement of We Three Kings – words and music by John Henry Hopkins (1820-91) – was made as a processional carol for the choir and congregation of Winchester Cathedral, with each king represented by a soloist and the gleam of the ‘star of wonder’ depicted near the close by the organ’s trumpet stop.

As in the cases of several of the composers on this disc, Paul Edwards (born 1955) is steeped in the Anglican musical tradition, a former chorister and latterly an organist. There’s a firm sense of harmonic direction in his setting of Paul Wigmore’s
text No Small Wonder, written in 1983 and subsequently widely performed.

David Willcocks was responsible for the arrangement of Hark! The herald-angels sing, words by Charles Wesley, and melody and harmony adapted by W. H. Cummings (1831–1915) from a chorus in Mendelssohn’s Festgesang in praise of Gutenberg; once again he brings the final verse to a triumphant conclusion.

John Ireland is best remembered for his varied output of piano music and songs, and indeed it was as a piano work that The Holy Boy – A Carol first appeared in print in 1915. It quickly became popular, and Ireland himself made various arrangements, including this one for the BBC Singers in 1941, to words by Herbert S. Brown.

O Holy Night has a complex history. Originally composed to a text by Placide Cappeau by the French composer Adolphe Adam (1803–56: best known for the ballet Giselle), it has been translated into many languages, including into English by Unitarian minister John Sullivan Dwight.

Sound designer and composer Max Pappenheim is especially renowned for his work in the theatre. He made the present arrangement for soprano Katherine Watson, conductor Michael Waldron and the London Choral Sinfonia, and in it included brief references to other Christmas carols – see if you can spot them all!

A prolific choral composer, Gabriel Jackson was commissioned by the Dean and Chapter of Norwich Cathedral to produce a Vesper Respond for Advent Sunday for organist Michael Nicholas and the Cathedral Choir; from the score we learn that the striking Tomorrow go ye forth was written in Baron’s Court between 5 and 15 November 1992.

Pappenheim is again the arranger of Lo, he comes with clouds descending, its second verse containing an expressive touch in the soprano descant at the phrase ‘deeply wailing’, while the more elaborate later verses lead to a resplendent close.

Katherine enjoys a busy concert career with notable performances including Handel and Pergolesi with the Orchestra of the Age of Enlightenment, French baroque music with Le Concert d’Astrée and Les Ambassadeurs, Handel’s Messiah with the Royal Liverpool Philharmonic Orchestra, the BBC National Orchestra of Wales, and appearances at the Carnegie Hall, the Wigmore Hall and the BBC Proms.