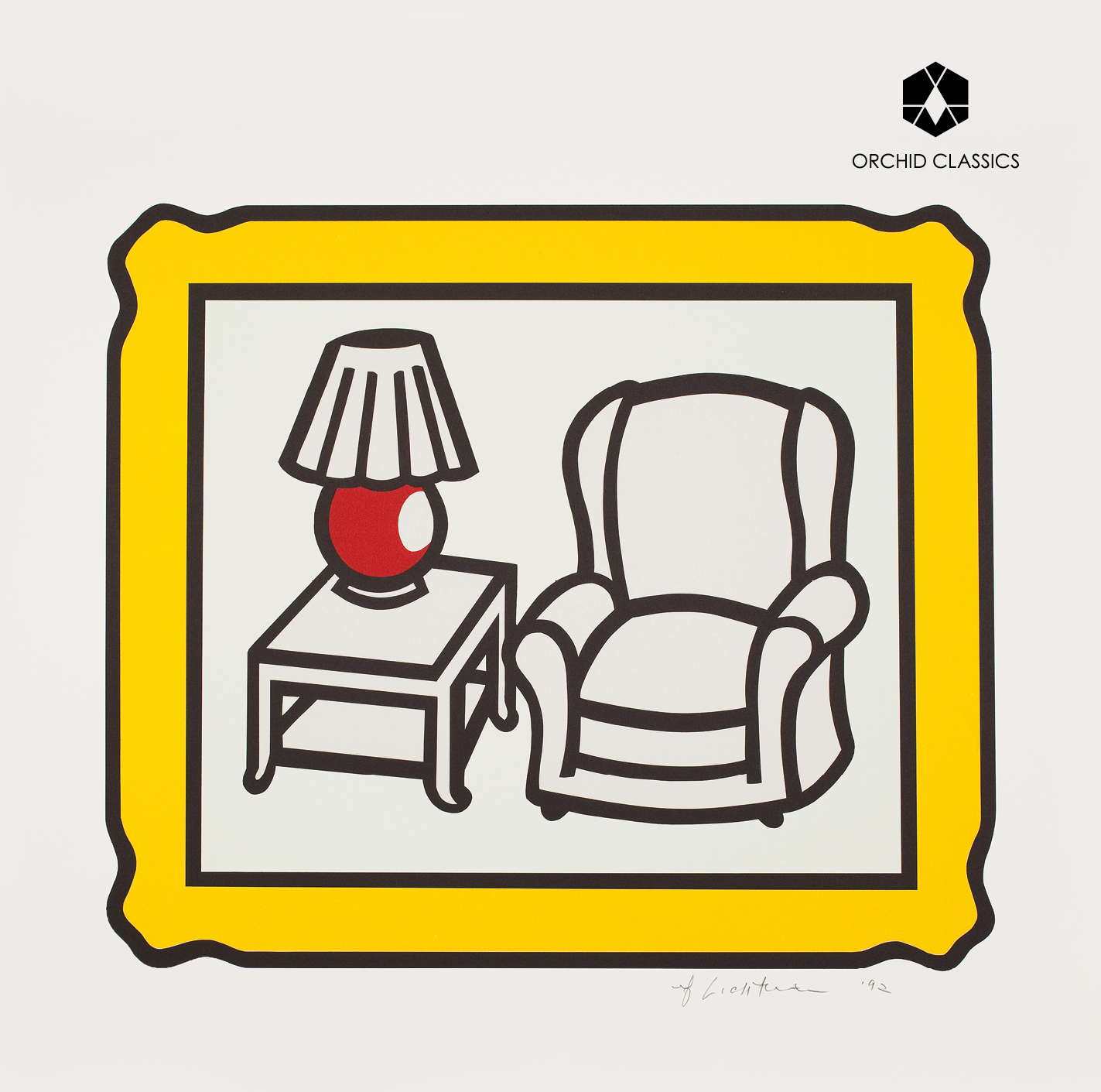 Steve Reich’s New York Counterpoint (1985) is scored for eight pre-recorded clarinets (one doubling briefly on bass clarinet) and two bass clarinets. A further clarinet plays live with the “tape” as soloist. Having always been amazed and intrigued by the creative possibilities of modern recording techniques I jumped at the chance to make my own “tape” of New York Counterpoint with the BAFTA winning sound designer Martin Cantwell, and I continue to use this in my own performances of the piece – as well as occasionally appearing with other clarinettists as their ‘backing band’! The recording on this album is a ground up rebuild of my original “tape” including a new edit and mix which I hope adds even further clarity to Reich’s intricate compound rhythmic writing. On this occasion I was also able to commit the solo clarinet part to the “tape”.

Howells composed his Clarinet Sonata between August and December 1946. Renowned English clarinettist Frederick Thurston, dedicatee of the Sonata, gave the first performance of the work during a BBC Third Programme broadcast early in 1948 with pianist Eric Harrison.
This CD is the world premiere recording of the 1946 version of the Clarinet Sonata using Howells’ original manuscript and including both versions of the second movement – a shorter, earlier version and later extended re-draft.
Howells composed the Clarinet Sonata soon after the rejection of his Oboe Sonata by Leon Goossens who regarded the work as both too long and technically challenging. It’s likely that Howells viewed the Clarinet Sonata as a chance to “have another go” at a work for woodwind. A frequent reviser of his own music, it has been noted by Howells scholars and indeed other composers, that Howells was almost always mistaken in making these revisions.
The 1946 manuscript recorded here contains substantially different musical material to the 1954 and modern published editions and in my humble opinion Howell’s original thoughts proved to be his best.

George Fenton was born in Bromley, Kent. He is a multi-award winning composer and has written extensively for theatre, television, and film, working with directors such as Richard Attenborough, Ken Loach and Stephen Frears.
One of the last series of concerts I played as principal clarinet of the Philharmonia Orchestra was a tour of George Fenton’s groundbreaking scores from the BBC “Planet Earth” natural history documentary series. The orchestra played the music live to the film, projected onto a huge screen behind us and with George conducting. One cue in particular stuck with me. Starting with a delicate cello and piano solo Fenton’s music grew into a lush orchestral accompaniment to rare footage of a beautiful Himalayan snow leopard.
I asked George if I might arrange the orchestral piece as a trio of clarinet, viola and piano for this album and he kindly agreed.

“I wanted the character of this piece to be a precarious one, continually on edge and not giving predictable paths through to the end. The title CUSP refers to this. Harmonically I wanted the piece to shift through different modes and tonality. Rhythmically I wanted simple phrases to alternate with those of more subtlety. I wanted the personality to be capable of changing abruptly in almost schizoid fashion but I wanted to retain the choice to occasionally not do these things. I wanted the end to stabilise then die away thereby maintaining unpredictability”. Graham Fitkin.
The piece was commissioned by Andrew Roberts and composed in January 1997. This is the official world premiere recording of CUSP, as sanctioned by the composer.

Red Herring Blues was composed for myself and pianist David Wickham and we gave the first performance at the Purcell Room, London in January 1994. The piece was commissioned by the Park Lane Group. Red Herring Blues is a musical joust between clarinet and piano, inspired by the often fractious musical relationship between Oscar Peterson and his guitarist Joe Pass. Roddy’s note on the title page reads, “May the best man win!”

Poulenc wrote brilliantly for woodwind instruments producing three stunning sonatas for flute, clarinet and oboe in addition to the Sextet for Piano and Winds and Trio for oboe, bassoon and piano. The Sonata for Two Clarinets was composed in 1918. It is in three short movements written for Bb and A clarinets. A sad but sweet Andante is bookended by two fast movements which are classic Poulenc – sharp, witty and with some acidic turns of harmony.
I have previously played on many studio-based projects including film scores, commercial music and classical contemporary repertoire, nearly all of which were recorded “to click”. I decided to use similar overdub studio techniques for the Poulenc Duo and to play both parts myself, but free of a click track and with flexible tempi.

It is well known that the Première Rhapsodie was written in 1910 as a test piece for the Paris Conservatoire. The work remains extremely challenging, even by today’s standards. Having always enjoying it as a listening experience I only came to learn the piece as a professional player when asked for it in a recital programme. In doing so I wondered why “we” as clarinetists seemed to ignore much of Debussy’s tempi instructions. As a symphonic player I have been fortunate to be guided through Debussy’s orchestral repertoire by some great Debussy interpreters. This experience has only strengthened my belief that to ignore Debussy’s tempo instructions in the Rhapsodie risks changing the whole nature of the piece. With that in mind I have done my best in this recording to adhere to them and in doing so, connect the (treacherous!) first three notes through to those of the final bars.

The release opens with Barnaby Robson’s collaboration with BAFTA-winning sound designer Martin Cantwell: a recording of Steve Reich’s intricate New York Counterpoint, which involves eleven pre-recorded clarinet lines (the forces of which are referenced in the album’s title.) Herbert Howells is celebrated for his choral music but his instrumental works are less famous; with pianist Fiona Harris, Robson performs the 1946 version of Howells’s Clarinet Sonata, never recorded before. Three further world-premiere recordings follow: Robson’s arrangement for clarinet, viola and piano of George Fenton’s Snow Leopard – music originally composed for the BBC’s Planet Earth – for which Robson is joined by Simon Chamberlain (piano) and Rebecca Chambers (viola); Graham Fitkin’s mercurial Cusp for solo clarinet; and the witty Red Herring Blues for clarinet and piano by baritone-composer Roderick Williams. The recording is rounded off with two 20th-century French works: Poulenc’s Sonata for two clarinets (Robson has recorded both parts) and Debussy’s dazzling Première Rhapsodie for clarinet and piano.

Barnaby has performed, recorded, and broadcast music across a diverse range of genres from early to contemporary, symphonic, chamber, opera and film scores. He has collaborated with ensembles, musicians and composers including Thomas Adès, the Belcea Quartet, George Fenton, London Sinfonietta, OAE, James Newton Howard, Roderick Williams, Malcolm Lindsay, Zanfonia Trio and John Harle.
He studied at the Guildhall School of Music, London and then as a Fulbright Scholar at The Juilliard School, New York.
Barnaby was principal clarinet of the Philharmonia Orchestra from 2000-2013 and currently holds the same position with the English National Opera Orchestra.
Barnaby is professor of clarinet at the Royal College of Music and has given master classes at all of the UK’s leading conservatories and in Switzerland, Singapore, Australia and Iceland.
As a composer and arranger, he has written music for television, film and the concert hall. An album of his TV music was released on the KPM label in 2021.

Fiona was born in Australia. She studied piano at the Queensland Conservatorium of Music, the Hong Kong Academy for Performing Arts and the Royal Academy of Music, London. She is a founder member of the Zanfonia Trio and has played on numerous broadcasts and recordings. Her pedagogical practices are in great demand and Fiona has been on staff at the Junior Royal Academy since 1992. In 2003 she gained a MA in Radio Journalism from Goldsmiths College, London and has been awarded an ARAM from the Royal Academy for her services to music and music teaching.

Simon has recorded with all the major UK orchestras and worked extensively as a studio musician, playing on numerous film soundtracks, albums, commercials, and TV shows. He has worked with composer George Fenton for some thirty-five years, including co-writing the music with Fenton for the West End musical ‘Mrs. Henderson Presents’.