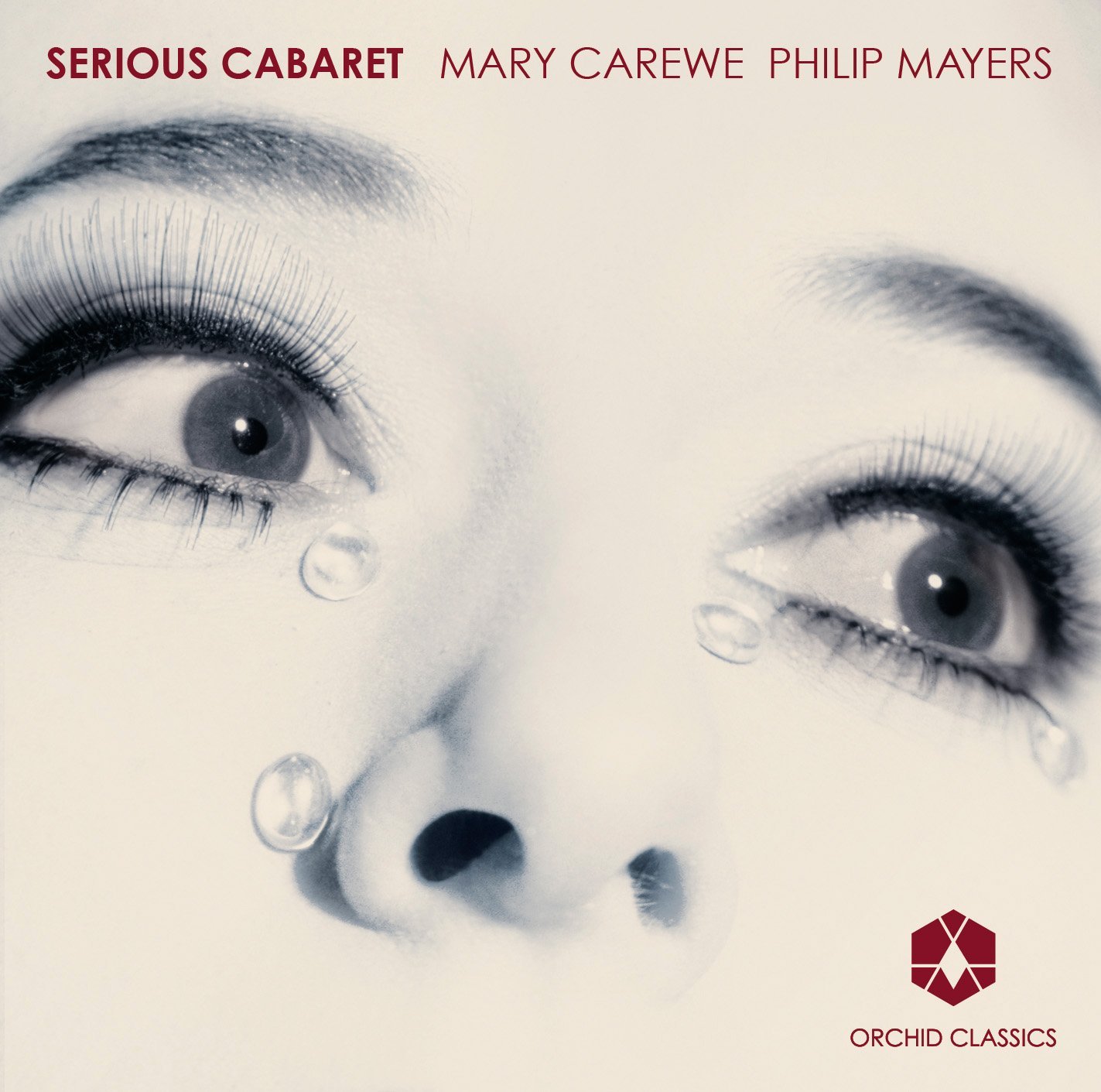 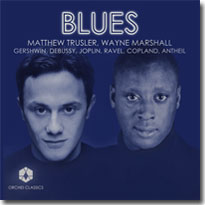 ‘Life is a cabaret’, someone said, or sang, and perhaps the reverse would have to be true as well. So welcome to this cabaret and welcome to life – life as it is lived in the early hours, or more likely as it is remembered, and dreamed of, and hoped for. Lucklessness is the main dish, with irony on the side, and a squeeze of optimism.

The programme spans almost the whole of the twentieth century, with contributions from both sides of the Atlantic, but we seem to be listening to one person’s story. ‘Diamonds are forever’, she sings, with an erotic charge rather different from Shirley Bassey’s on the soundtrack of the 1971 film. Would those, then, be the same diamonds she goes on to mention in ‘What good would the moon be?’, from Kurt Weill’s 1947 show Street Scene? The piano makes the connection, but the singer is moving on, from sensuality to the ‘L’ word – only to pull herself back because, as the 1950 John Duke song has it, ‘I can’t be talkin’ of love’. Duke, a conservatory-trained musician and a professor, was a composer mostly of art songs, but at this time of night the barriers have dropped.

Friedrich Hollaender was also conservatory-trained, in Berlin, with the composer of Hansel and Gretel his teacher, before he started contributing to the city’s thriving cabaret and film culture in the last years of the Weimar Republic. His ‘O just suppose’ of 1928 neatly complicates the emerging picture, and perhaps explains why the singer has to tell herself, to Noël Coward’s words, ‘it’s no use competing’. Written for the 1925 revue On with the Dance, ‘Poor little rich girl’ was one of Coward’s earliest successes as a songwriter. Samuel Barber’s ‘Promiscuity’ then seems to take us back to Hollaender’s triangle, if not to some larger polygon, but the words here are more than a thousand years old, and Irish, the song coming from a group in which the composer set old Irish poems (Hermit Songs, 1955).

To whom can a woman turn under such circumstances? Her hairdresser. Carl Vine’s ‘Aria’ (1984) is the luminous remnant of a planned operatic collaboration with Patrick White, featuring the wife of an executive. And perhaps this is the same person who finds herself right here, at a cabaret, in ‘Over the piano’, from the first of four volumes of cabaret songs by William Bolcom and Arnold Weinstein.

Two songs by the Russian-born composer Mischa Spoliansky take us back to Berlin, where Spoliansky studied at the same conservatory as Hollaender (but a little earlier) and, together with the writer Marcellus Schiffer, helped create twenties-style Berlin cabaret song. In ‘Maskulinum – Femininum’ our protagonist has new problems, and new solutions, while in ‘It’s all a swindle’ she gives us some of the social criticism for which the cabaret stage was also a platform. But though we might think of Berlin cabaret as a phenomenon of the Weimar period, it was already going strong at the turn of the century, when composers for it included Arnold Schoenberg and his brother-in-law Alexander von Zemlinsky, whose weird ‘Herr Bombardil’ was one of a pair of cabaret songs.

Social criticism turns into outright political satire in Stefan Wolpe’s astonishing singing cartoon of 1930, ‘Hitler’. Three years later the man was in power, and Wolpe was one of many composers forced to leave Berlin, along with Zemlinsky, Spoliansky, Hollaender and Weill. They went in various directions, Weill ultimately to New York, which is where we find him again in, appropriately enough, ‘I’m a stranger here myself’ – though the song, from the 1943 show One Touch of Venus, for which Ogden Nash wrote the lyrics, returns us to cabaret’s wary, weary familiarity with the pinball machine of love. There our singing traveller finds herself at a low point in ‘At the last lousy moments of love’, another number from the Bolcom/Weinstein books of cabaret songs.

Cabaret style, though, is essentially in the performance, and it can find its material in classical art song or pop, given a hint of sophistication to work on. Two songs from the former category come next, both to words by distinguished writers and both having to do with being alone. Paul Bowles set a letter he had received from Gertrude Stein in January 1932, when he was in hospital in Turin and she was urging him to return to Paris. ‘Solitary hotel’, from another Barber collection, Despite and Still (1968-9), takes a passage from Joyce’s Ulysses into a slow tango.

Soon, however, the character before us is back in action. Philip Mayers’s Bach-style accompaniment neatly offsets her readiness to ‘Do it again’, in a song Gershwin wrote with one of his regular lyricists of the time, Buddy DeSylva, for a 1922 Broadway show, The French Doll. ‘Candy machine’ – by Jack Gottlieb, who, like his near contemporary Bolcom, was part of the late-twentieth-century cabaret revival – amplifies that readiness outrageously, after which it would have to be ‘Toothbrush time’, and another song from Bolcom and Weinstein. The partners here seem at first to be winding down, but turn out to be winding up. But then, if cabaret is all about disillusionment, it is also all about ambiguity. Both figure in Charles Ives’s joky ‘Romanzo (di Central Park)’, setting a ‘love song’ by the nineteenth-century poet and essayist Leigh Hunt in which all but the rhyme words have been left out.

It is getting late now, and the past is growing longer, to be recollected with whatever drained cocktail of fondness and melancholy in ‘Three’, where Paul Bowles this time sets words by Tennessee Williams. As to the future, perhaps it is already over for the one who is ‘sitting here waiting’ in ‘Then’, a song that Marc Blitzstein has rotating through the same grim harmonic progression. Or perhaps it is not.

What a party it was, though, as ‘O close the curtain’, a last song from Bolcom and Weinstein, reminds us. Then it’s encore time: Noël Coward’s indefatigable ‘Mad dogs and Englishmen’ (an encore for Mr Mayers, too). But still a question lingers and, in a ballad from Lionel Bart’s Oliver!, finally dares to come forward.

Mary Carewe is one of the UK’s most accomplished and versatile concert and recording artists. She is as comfortable performing musical theatre, film music and cabaret songs as she is contemporary music and her ability to interpret the wishes of a composer whilst adding her own unique stamp also makes her highly sought after in the studio recording for film, TV and radio.

In concert Mary has performed under the batons of Sir Simon Rattle, Kurt Masur, John Rutter, John Wilson, Rumon Gamba and Charles Hazlewood. In a long-established artistic relationship with Carl Davis she’s sung James Bond and Oscar Winners programmes with the leading UK orchestras as well as with many around Europe, Asia, Australia and the USA. She’s appeared at New York’s Carnegie Hall with the New York Pops and with the Royal Philharmonic Orchestra has presented The Best of Broadway and The Very Best Of Rodgers And Hammerstein at the Royal Albert Hall.

Mary and Philip Mayers have given Serious Cabaret recitals at the Théâtre du Châtelet in Paris, the Concertgebouw in Amsterdam, Opera Butxaca in Barcelona, the Louisiana Museum, Denmark as well as in Australia and around the UK including at the South Bank Centre, London in the Purcell Room and at the Aldeburgh Festival.

Mary has appeared at Wigmore Hall and at the Maison de Radio-France in Paris with Thomas Adès, Cheltenham Festival with the Matrix Ensemble, Kings Place with the London Sinfonietta, Calouste Gulbenkian Foundation in Lisbon with Psappha, Berlin Philharmonie with Ensemble Oriol, and has made UK tours with BCMG and Sinfonia Viva. Her stage roles include Mrs Noye in Britten’s Noye’s Fludde at the Loch Shiel Spring Festival, as Anna 1 in Kurt Weill’s Die sieben Todsünden in Bilbao and Cuenca, Spain and appearances in theatrical revues of Stephen Sondheim, Cole Porter and Rodgers and Hart at London’s Cadogan Hall.

Mary first achieved international recognition through the Adiemus projects with Karl Jenkins – the mixture of classical orchestra and multi-tracked female chanting instantly became a hit. She has continued to work with him regularly and features on his 2009 Christmas CD for EMI Stella Natalis. Her solo recordings include collections of West End, Broadway and film music for Chandos, Silva Screen and Warner Classics as well as a library of popular songs for Readers Digest (available on iTunes). She has recorded music by Thomas Adès for EMI, Britten for NMC, Peter Maxwell-Davies’ Resurrection for Collins Classics, Give Me A Smile, songs and music from World War 2, for the Carl Davis Collection and with the Royal Philharmonic Orchestra she has made CDs of musical theatre songs and Christmas favourites as well as The Best of Bond and ABBAphonic. With Philip Mayers and Ensemble Blue Noise her CD Tell Me The Truth About Love was released in 2000 by ASV.

Based in Berlin, the Australian-born Philip Mayers enjoys an enviable reputation as a sought-after pianist, associate artist, chamber musician, conductor, vocal coach, composer and arranger, lyricist and translator. He graduated with distinction from the Queensland Conservatorium of Music, having studied piano with Max Olding, and went on to complete a post-graduate diploma at the Conservatorium’s Opera School. After winning the piano prize of the televised national competition Young Performer of the Year and being awarded a study grant by the Australia Council, he came to Europe, studying with Phillip Moll in Berlin and attending master classes with Dalton Baldwin and Geoffrey Parsons. Further studies followed with Zelma Bodzin in New York.

Philip has appeared in notable concert venues on five continents and, in various constellations, at leading festivals such as Montreux, Aldeburgh, Schleswig-Holstein, La Roque d’Anthéron, La Chaise-Dieu, La Folle Journée (Nantes and Bilbao), Wratislavia Cantans (Poland), the Musikfest Stuttgart, Beethovenfest Bonn, Ultraschall Berlin, the Berliner Festspiele and, with his ensemble Blue Noise, the April Spring Festival in Pyongyang. He has had two major lifelong interests: contemporary music, where he has been entrusted with more than 100 world premières; and vocal music in all its forms, from opera and lied to cabaret, having worked not only with singers such as Werner Hollweg, Anna Prohaska, Karen Armstrong, Werner Güra and of course Mary Carewe, but also some of Europe’s leading choirs, including RIAS-Kammerchor, Cappella Amsterdam, Rundfunkchor Berlin, Chorus Musicus Köln and the NDR-Chor Hamburg. He has numerous CD recordings to his credit, including award-winning releases with both RIAS-Kammerchor and Cappella Amsterdam for harmonia mundi, and critically-acclaimed discs with the Rundfunkchor Berlin and Ensemble Vokalzeit for Coviello Classics. For the latter, Philip has also made the first complete recording of Fanny Hensel’s Italian Journey.

His background in opera has equipped him for the musical direction of music theatre productions for the Opernfestival Schloss Rheinsberg, the Berlin Konzerthaus, Maerzmusik and Schwetzingen festivals, and especially the Berliner Kammeroper, with whom he performed Berlin’s first staged production of Mahler’s own piano version of Das Lied von der Erde, and for whom he most recently conducted the world première of Lera Auerbach’s a cappella opera The Blind. The Kammeroper was also responsible for mounting the première production of Philip’s own chamber opera Triest. As an arranger, he has won praise for his witty and virtuosic re-appraisals of the standards, particularly in collaboration with Mary Carewe, for whom he has provided numerous settings in various orchestral and chamber music formations.

‘…if you’re not a fan yet…well, the word “yet” kind of covers it.” (Examiner.com, Alan W.Petrucelli)